The recent removal of a tree in Grant’s back yard unearths a geode and a giant hole. Grant’s friend Terry, clearly on the look for a quick buck, convinces him to dig further into the now covered hole in search of more geodes. The deep cavern gives Grant the heebie-jeebies, but he’s not sure why. His metal-loving friend Terry has an idea, though. He’s convinced it’s a gate to hell. Through an implausible string of unlikely circumstances, the Gate cracks open, allowing multitudes of tiny demons to pour out and trap them in their own house. Of course, Grant’s parents have chosen this time to conveniently go on a three-day vacation, so it’s up to Grant, his sister Al, and Terry to figure out a way to close the gate before all Hell, quite literally, breaks loose.

The innocuous beginning of the end…

The Gate is what one could consider dumb 80’s monster movie fun. The PG-13 rating makes it a relatively inoffensive horror movie, though there are a couple of words uttered that might make some parents hesitant to show it to the younger crowd. Also, despite the rating, there’s some pretty creepy and violent imagery at work here. 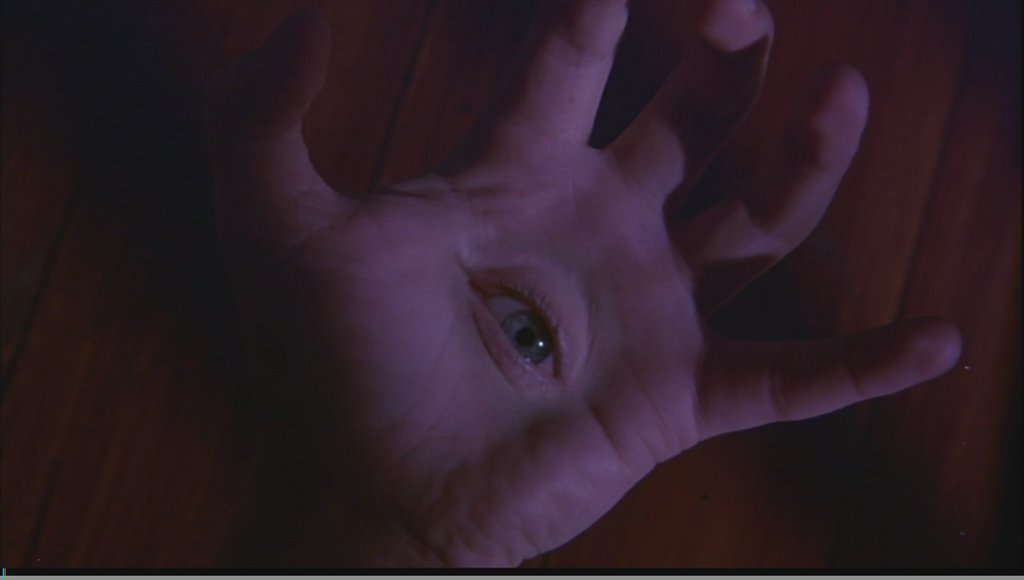 But while it’s violent at times, I wouldn’t call it too violent. It sort of walks a fine line between a kids horror movie and an adult horror movie. I probably wouldn’t show it to anyone under ten. But for those of you who might have younger or mid-range teens, this might be a good thing to show on family horror movie night. Then again, I was watching the Nightmare on Elm Street movies when I was five, so I might not be the best judge in that regard.

Honestly, I found the two in the middle there more frightening than the monsters.

The main protagonists of the film are all kids, so don’t go in expecting any stellar performances. The acting here ranges from decent to…well, more decent. There aren’t any particular standouts, but like I said, they’re kids. Nobody was wretched, so I really have no complaints. I totally bought the ‘amazed at shiny rock’ scene.

The best thing about The Gate is the monsters. Most of them include tiny little imp-like demons that are more of a nuisance than a real terror (though they do bite, gotta watch that.) But there’s also zombies, ghosts, slimy hands under the bed and the big-bad Demon Lord. Just about all the effects used to portray them are practical make-up effects, forced perspective and stop motion, which is quite effective and very much welcome.

My only real complaint about the movie is the pacing. The first half of the movie is sadly kinda slow. It isn’t until the first imp shows up that the pacing picks up, and even then it’s another good 10 minutes until it really gets to where it needs to be. I get it, the film needed to establish a build-up before the demons could be unleashed, but 40 minutes of bratty new wave teens sparked with glimpses of potential malevolence is pushing it. It was close, but it didn’t quite hit the balance it needed to.

Hell, the zombie moved faster than the first half of the movie.

But even with the small issues it has, The Gate still winds up being good fun. It’s got a good mix of horror, suspense and humor. The story might be silly and a bit slow moving at the beginning, but the effects were pretty good and child actors didn’t make me want to jab a pencil into my ear. And while I might complain about their acting being meh, the characters themselves were actually pretty resourceful and clever, which was very refreshing. Overall, I greatly enjoyed the experience and recommend it to anyone looking for a good-time monster movie.

The Gate is available to rent on a variety of streaming services and available for free on Tubi TV. 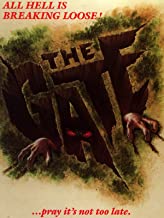 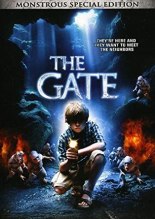