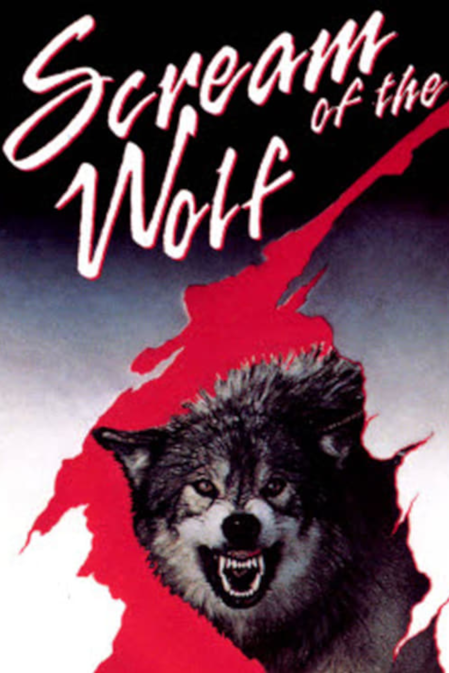 Local author and hunting expert John Wetherby has been called in by the police to help with a baffling case. A tourist has been brutally killed on a deserted road outside the city. The police are sure it’s the work of some kind of animal, but the tracks the creature left behind has left them puzzled. Even Wetherby is confused by the strange, transforming footprints, so he goes to his friend, renowned big game hunter Byron Dougless, for aid. But for reasons unclear to Wetherby, Byron is completely disinterested in this obvious challenge. So now it’s up to Wetherby and the local police department to solve this mystery. Unfortunately for them, the thing they’re trying to track down is both clever and bloodthirsty.

I hope that’s not a rental.

Scream of the Wolf is a low budget horror/thriller that stars Peter Graves and Clint Walker. It’s a made-for-TV movie that aired on ABC in 1974 as part of their ‘movie of the week’ series and has since gone into the public domain….likely for good reason. Which is really just a nicer way of saying that it’s not all that great. Though I don’t think that it outright sucks either.

For starters, the core story itself is actually pretty decent. It was written by Richard Matheson, who is well known for his works such as The Omega Man, Trilogy of Terror, and Legend of Hell House, among many others. By the time Scream of the Wolf came out he was a well known and well established novelist and screenplay writer. Unfortunately for us, in 1974 Matheson also wrote 3 other TV screenplays, so it is perhaps understandable that he didn’t bring his A-game to every feature. So while the core of the story may be solid, it’s the rushed little details that get in the way of making it stand out. For instance, some of the dialogue was hella spotty (and in some spots just downright bad) and much of the plot is horribly predictable. I mean, hell, the very first scene of the film starts off with a nameless schmuck who runs out of gas on a deserted road in the middle of the night (and it ends about as well as you’d expect). As far as horror cliche’s go, that one’s hard to top. But it also pretty much all but tells you right off the bat who you should be expecting the killer to be. Granted, it does throw some red-herrings in there, but it ultimately does a half-assed job of trying to divert your attention elsewhere, before falling back on the main suspect. The ending still manages to be engaging enough, but the tension is 100% lackluster, which isn’t really what most people are aiming for when they make a thriller. Add to that some very questionable and bizzare character motivations and you’ve got yourself an interesting plot with a lot of head-scratching moments.

Your decisions may have been poor, but at least your aim was spot on.

Then there’s the acting which, again, is a bit of a mixed bag. Graves and Walker put in pretty solid performances, all things considered. Walker is perfectly at ease in the role of the ‘extremely ominous and possibly evil’ eccentric who lives down the street. He is equil parts elegance and ruthlessness and he did a pretty good job of pulling off both. Graves meanwhile is….well, it’s Peter Graves being Peter Graves. His character is supposed to be a writer, but we never see him actually writing anything or discuss what he’s working on. Nor does Graves seem at all comfortable in his ‘writing’ role. When dealing with those instances in the movie, he seems a bit…lost, for lack of a better term. But when the ‘hunting’ parts start up the spark seems to return and the performance improves. The rest of the cast is perfectly serviceable, but most of them get so little screen time that they don’t have the  time to add much. Then again it’s hard to leave an impression in a film when your role can’t do much better than be lumped into the pile called ‘rabble of nameless victims.’ Hi, I’m Peter Graves and with any luck you’re reading this in my voice.

Probably a lot of people’s main issue with the movie is just how low budget it is. I mean, when you’re talking about a TV movie from the 1970s I don’t think anyone is really expecting AAA blockbuster-like effects. But even I thought this one was a little on the cheap side. I mean, even things that should have cost pennies to make are never actually shown. Prime example: When the Sheriff takes Whetherby out to the crime scene to look at the footprints both men crouch down close to the ground and describe them to the audience in detail. Why? Because they have to do that, because the audience never actually gets to see the footprints. Yes, they were too cheap to make a plaster cast of a dog or human footprint, shove it in the dirt and show it to us. You have no choice but to imagine it, just like you have no choice to imagine the blood and gore the creature is supposedly inflicting onto it’s victims, because restrictions of the time prevented things like that from being shown on screen. That later bit I can actually accept, but the fact that they couldn’t even show us footprints of all things almost feels like an insult.

I think they may have blown their budget on the opening shot of the police parade here.

So is Scream of the Wolf any good? I know I probably didn’t make it sound like it was, but it actually ended up being pretty entertaining. Though some of the dialogue is a bit sketchy and Graves doesn’t always feel like he’s 100% into it, the acting is pretty solid, the story is good and it actually ends on a surprisingly high note. Despite its predictability it also manages to throw in a couple of plot curve balls too, showing that though Matheson may not have brought his A-game to the film he didn’t just spit it out all willy nilly either. So while I wouldn’t say it’s great, it is actually pretty good and entertaining. Just know that due to its TV broadcast nature that you’ll be forced to fill in more than just a couple ‘blanks’.

Scream of the Wolf is currently streaming on Amazon Prime.

It’s also available on (what looks to be) out of print DVDs.