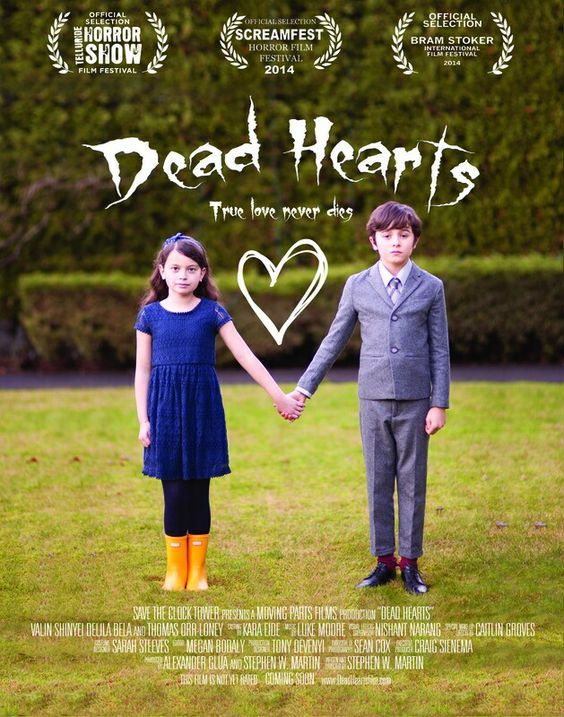 Narrated in a style similar to that of a children’s book, Dead Hearts is the tale of Milton Mulberry, a young mortician seemingly doomed to a life of death and morbidity. But after classmate Lola Littleton comes into his life, Milton is graced with a newfound sense of hope. Young Milton has discovered true love, and though it may take him a while, Milton will find out just how important a love like that is and how it’s worth fighting for.

Going by content alone, Dead Hearts is seemingly chock full of elements that shouldn’t really mesh all that well together. It’s a fairytale that involves death, love, morticians, taxidermy, biker werewolves, suicide, little red riding hood, bullying, dismemberment, humor and zombies, and the whole thing is presented as a very dark childrens book, narrator and all. And yet it still manages to be one of the strangest, most morbid, and yet simultaneously sweetest short-films I think I’ve ever seen.

So does this mean Little Red Riding Hood was a Kung Fu master and when the wolf ate her he gained her powers?

Okay, so you may not want to show this to the REALLY young children.

The entire movie is not only narrated like a typical children’s storybook, but it also does a bang-up job of looking like one too. The film opens and closes with a storybook and some animations, but the live action scenes are also shot in a way as to elicit a similar feel. There’s a lot of shallow depth and straight on shots that mimic storybooks, and the addition of the bright colors and costuming help add to the vibe. It’s probably about as close as one can get to creating a live-action storybook without adding a bunch of flashy sets and an overabundance of CGI effects.

“The road was long…but surprisingly animated.” Yeah it was. Good job, narrator.

For being centered around so much death, the film has a surprisingly good sense of humor, especially around the second half. Considering that the film is narrated and thus lacking in any other meaningful dialogue, a lot of the humor revolves around the absurdness of a situation (blind child kung-fu masters, sure, I’ll roll with it), call-backs, or a couple of unexpected but amusing sight-gags, some of which manage to be both morbidly terrible and hysterical.

This was maybe my favorite scene.

So is Dead Hearts worth watching? Yes, absolutely. It’s a surprisingly cute little morbid tale about true love that seems to pull inspiration from Wes Anderson and Tim Burton. The story is simple, cute and funny, the visuals are beautiful and the music does an excellent job of complementing the tone of the film. Sure it’s a strange little coming of age tale about death and loneliness and love, but it’s surprisingly cute and sweet and it has a lot of heart (ha!) and is definitely more than worth the 16 minutes of time it will take you to watch it.

It is also available to watch on Vimeo and Youtube. 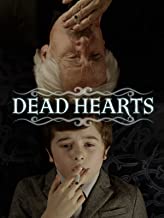 Feel free to watch it: here