A group of college students take a course on fear with a very unconventional professor. This is merely a convenient plot device to frame a horror anthology as several of the students share urban legends.

The first is about a stranded couple who try to seek help from someone in the creepy old house nearby.

The second is about a group of teens just out for a good time and get more than they bargained for when they get lost and come across a psycho and his pack of crazy dogs.

And the third is about a woman working at a telephone answering service who ends up being tormented by a deranged stalker.

The stories in this horror anthology are a little different, in that they don’t involve any aspect of the supernatural whatsoever. These are all horror tales that, though at times implausible, are firmly based in reality.

The highlight of the three, to me anyway, was the second story about the girls’ night out. It’s by far the most suspenseful of the three tales, and the outfits the girls are wearing are just so wonderfully 80’s that not only does it hit me just right in the nostalgia bone, but in the suspense bone as well.

The weakest aspect of the film ends up being both the framing device around the class of The Psychology of Fear and the ultimate ending. The class aspect is interesting enough and the basic idea behind it is pretty solid, but I can’t help but think that some of the things the professor does would have gotten him outright fired then, and surely arrested today. I’m sorry, I’m all about using props to illustrate a point, but I can’t see pulling a gun on a student, in any time period, as an acceptable practice (though I’m sure several teachers and professors have fantasized about doing that exact thing to a few key students).

As for the ending, well, let just say that I would have liked it more if I hadn’t seen Dead of Night first, because, yes, After Midnight completely jacked their ending, pretty much idea for idea. What’s worse is that I had a feeling that was going to happen about half way through, and was hoping against it, only to be disappointed when my prediction came through at the end. That doesn’t necessarily mean it’s a bad ending, they just lost points from me for being unoriginal.

So, After Midnight ends up being a nice horror anthology with some solid stories (I’m convinced the second one would make a good feature film), but looses a little credibility from me for the end. It does have some good stuff in it though and I’d recommend it to any anthology fans, especially if they’re looking for something a little different than from their anthologies beyond the usual ghost or monster tale.

After Midnight is available to rent on Amazon. 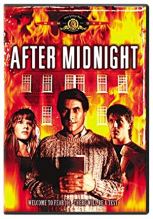 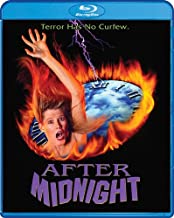