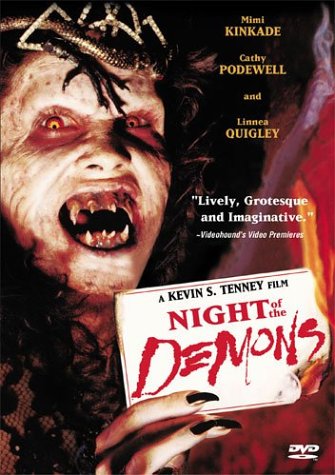 Girl could use some moisturizer.

A throng of teenagers with cliché personalities (plus one party crasher) are invited by the local goth kid in their history class, to a Halloween party at Hull House, a local abandoned funeral home that’s the location of a bunch of grizzly murders. Not only that, but it’s also supposedly built on a historically noted ‘bad’ patch of land. And for a touch of ambiance, there’s also a cemetery next to it. 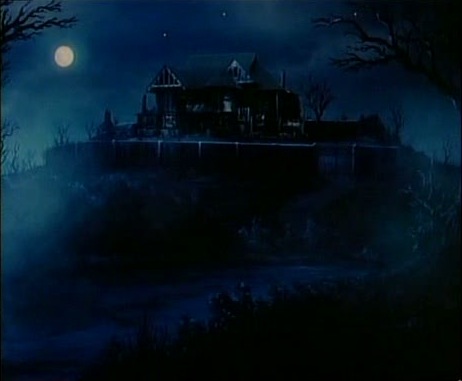 Everything’s going peachy at the party until the boom box up and dies. Their host, Angela, then gets the bright idea that they should all have some Halloween fun and suggests a séance. Unfortunately for them, their little harmless fun awakens a demon on the premises, a demon who slowly possesses each of the party goers to increasingly detrimental effect. 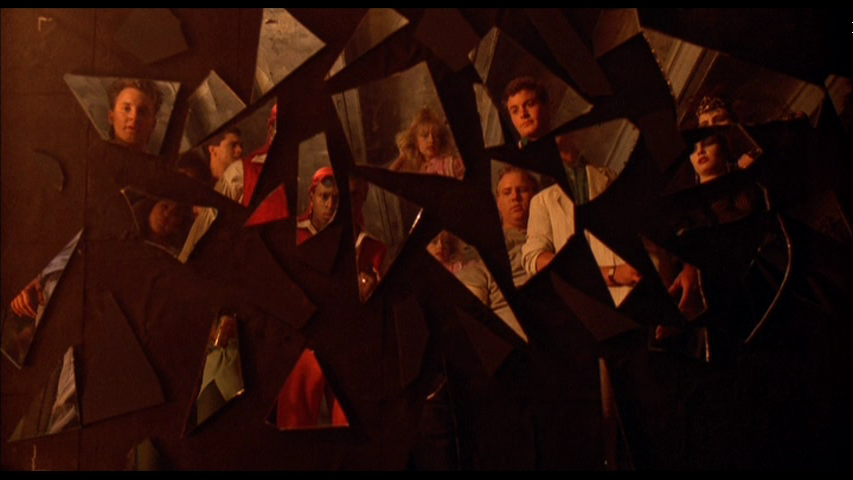 See what happens when you brake mirrors, you obnoxious little buggers.

Overall, I enjoyed Night of the Demons, but it was a bit of a mixed bag for me. It doesn’t feel like a particularly ambitious horror film, but it does, however, have some impressive strengths that raise it above some similar low-budget horror being made at the time.

For one, it has a very biting sense of humor. A lot of it is pretty cheesy (even intentionally so), but it shoots out at you at such a rapid rate that you’ve barely had time to cringe at one joke before another is dished out.

Another thing I liked was the diversity seen in the cast. The characters really encompass the spectrum of high-school cultures. You’ve got the preppies, the hick, the hippie, the goth, the punk, the obnoxious guy, the religious guy, and yes, even the slutty friend. Sure, they fit in perfectly with your typical stereotypes, but I don’t remember the last time I watched a horror movie like this where there was such a diverse cast of stereotypes. Plus, they actually exhibit characteristics that go beyond the conventional standard archetypes, making them feel more well-rounded than your average gaggle of victims. It was quite refreshing. 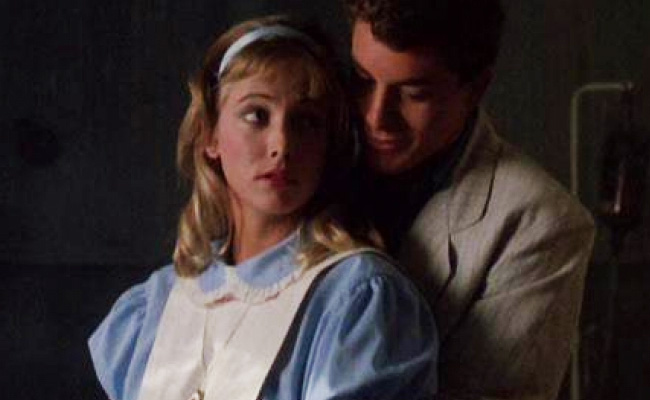 But what I really liked about the characters is that the movie took their standard stereotypes and bucked the trend. Our brains are sort of hardwired to expect certain things from certain archetypes: Judy is clearly the Last Girl; her beau Jay is her valiant Knight; Sal is the resident Punk A$$hole; Rodger is the Token Black Guy in a Horror Movie, etc… And while the movie does have some people follow the course you expect them to, like Judy, a lot of the roles of her fellow party goers change by the end of the film. The audience sympathies for Jay and Sal, specifically, are sure to be switched by the end as certain motivations are revealed. 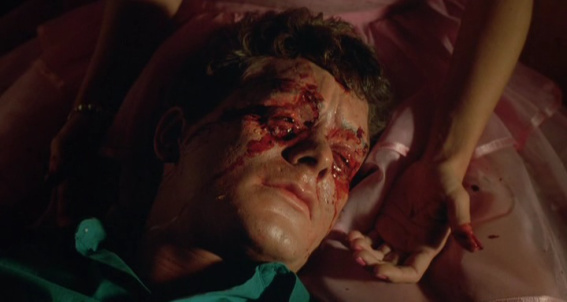 For a movie comprised of demons and death, the effects are pretty top-notch. The practical gore effects are impressive and I liked how the teens became more and more demonic as time when on. The kids killed off towards the end may not have looked nearly as impressive as some of the earlier ones due to budget restrains, but it was still pretty impressive. 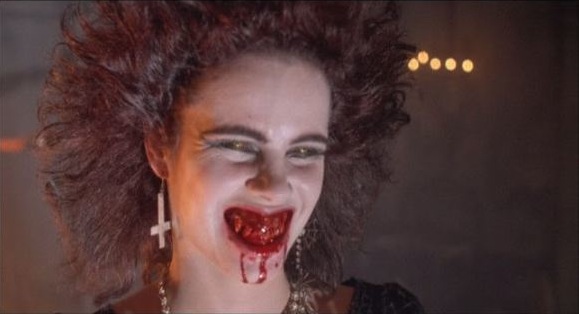 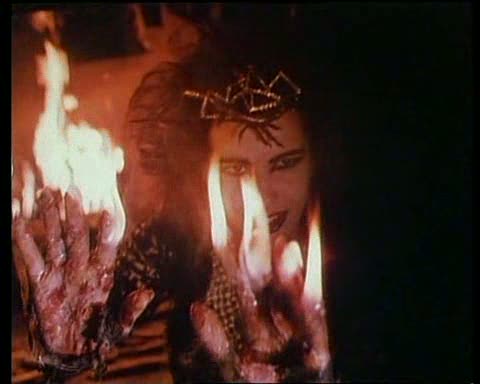 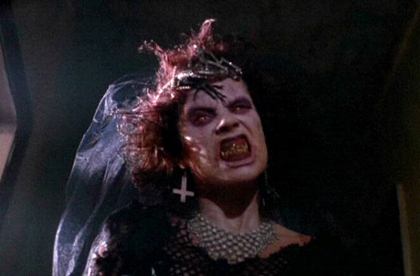 I also like how she ‘floated’ through the halls.
Simple, yet effective.

The film isn’t without its flaws, however. The pacing feels very off in the middle. There were times the movie built something up and I sat there waiting for something big to happen and then the film sort of just…cut back on the throttle and coasted some more before hitting the gas again. Tis just a bit of a bumpy ride, is what I’m saying.

Also, in general, the acting gets a great big, ‘meh.’ No one really bombs their role, but there is an abundance of overacting, underacting and just plain dullness with some of the characters and I’m not always sure whether it’s intentional or not. Of the bunch, Linnea Quiqley is probably the most effective at her role (other than maybe the grumpy old man whose story sandwiches the main plot). She switches pretty seamlessly between horney best friend, to angry hell beast, to sexual hell beast, to playfull ballerina…who just so happens to be possessed by a hell beast. It’s actually kinda creepy to watch her go back and forth.

The issues aren’t really deal-breakers, but they are noteworthy. Thankfully, the kick-ass opening credits sequence (designed by the ever impressive Kathy Zielinski) mostly makes up for it. Mostly.

The woman who designed this has worked for Disney and Dreamworks since 1983.
Remember that.

Despite some of it’s flaws I enjoyed Night of the Demons. The acting can be a bit off and the pacing starts to hit some snags towards the middle, but I still found it fun. The make-up effect are impressive and I liked how the movie tried to subvert our expectations of the characters. At it’s heart, it’s a story about how demons slowly possess a group of trespassing teens. But considering who the demons choose to posses first, it could also be described as a revenge film where the outcasts pass judgment on their more popular peers. Of course, that may very well be giving the film far too much credit. It’s probably a bit too campy to be that deep.

If you like your horror stories filled with ghosts, demons and a little possession, than you’ll probably enjoy this.

Night of the Demons (1988) is currently streaming on Amazon Prime.

It also has a nice Bluray release from…wait for it…Shout! Factory.