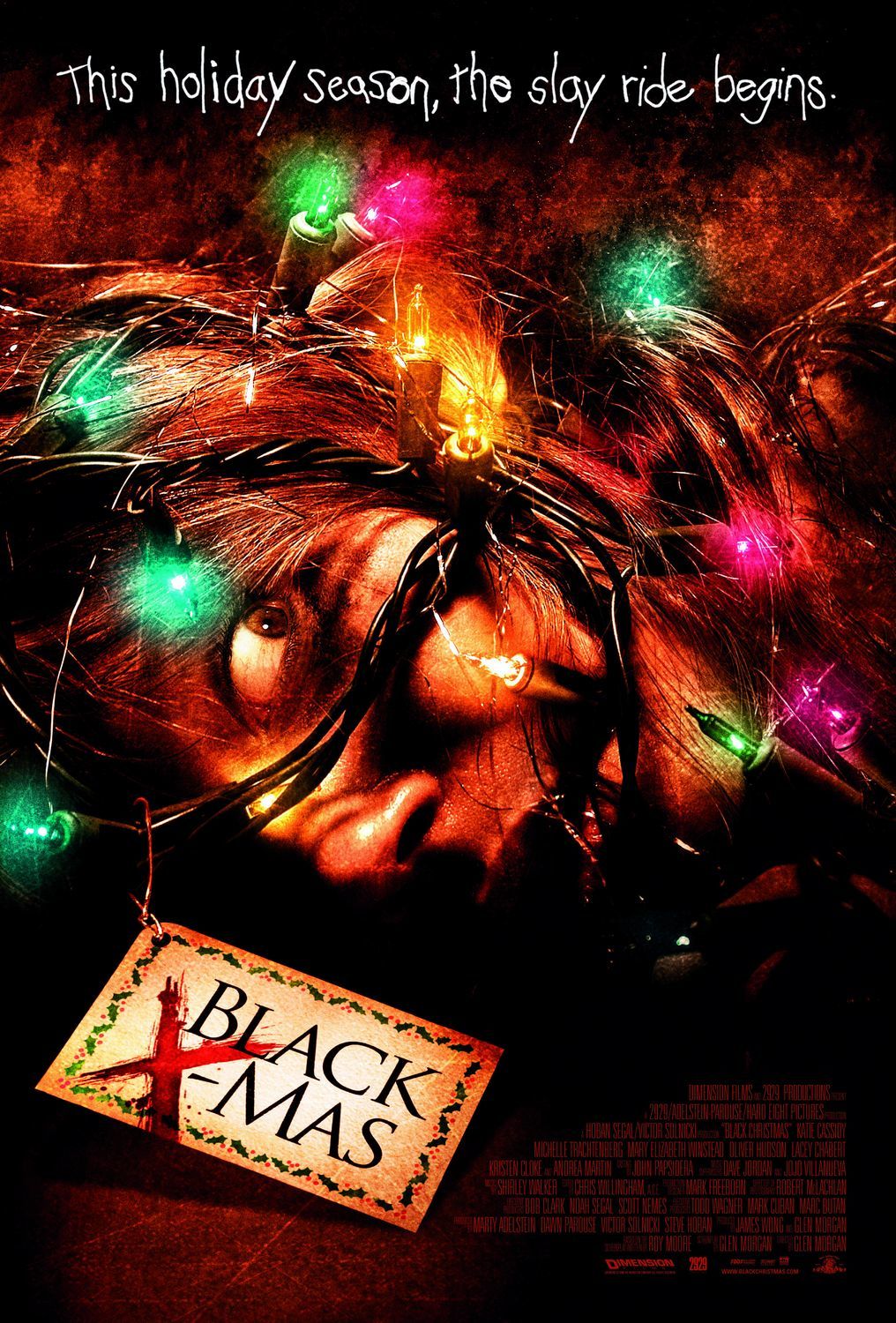 It’s Christmas Eve and the remaining sorority sisters of Delta Alpha Kappa are either getting ready to exchange gifts or getting ready to go home. But they’re not the only ones who are planning on going home for the holidays. Previous home occupant Billy Lenz, who has just escaped from the local mental institution, is also planning to go home this Christmas. But unfortunately for the sisters of Delta Alpha Kappa, Billy’s version of holiday cheer involves a lot more screaming, blood and death threats than any of them were prepared to deal with.

I’m just gonna come right out and say it: I was not too impressed with this 2006 remake of the 1971 original. That’s not to say it’s unwatchable, it absolutely is. It’s just very much a mixed bag as far as slashers go. It’s the kind of remake that simultaneously adds and expounds on certain elements that were presented in the original, while also completely ignoring others, sometimes to the detriment of the film. Which means some things work and some things don’t, and your enjoyment of it will likely depend on what it is you’re looking for in your slasher.

The biggest difference between this film and the original is its focus on the back story. In the 1971 version, we really didn’t know who the killer was. We might have been given a possible name (Billy), but in reality he was really little more than a faceless entity bent on murder and mayhem. The “Billy” in that version was, essentially, the Boogy Man. In this version, his name is not only codified, but he also gets an entire depressing, abusive, and violent backstory to go with him, involving neglect, abuse, incest and, ultimately, murder. In a way, it’s a nice touch, because it explains some of his actions and shows the creepy growth of a madman. But at the same time, it also tends to go too far. We really only needed small bits of Billy’s past to help explain what went wrong with him, and instead the film focuses a good 20-minutes on telling his story. It’s just excessive. And it also just seems to simply add its own twist to things, in what really feels like little more than a desperate attempt to try to make their version of Billy even creepier. Like, I can’t think of a logical reason to give Billy a liver condition so that his skin is an unnatural shade of yellow, other than maybe that Sin City had just come out the year before and they thought the yellow-skinned villain look was somehow chic. And while the violence committed is often super bloody and gruesome, most of it is also so over exaggerated that it skips right over ‘horrific’ and hop-scotches into goofy territory instead.

By contrast, all the focus on Billy means that the sorority girls end up criminally underdeveloped. There is so little difference in their nearly non-existent personalities that it’s a struggle to keep up with who’s who. What’s worse? Except for the one blond member, AKA the one who is clearly the Final Girl because she’s the only one who stands out, all these freaking girls look damn near the same. Similar height, similar build, similar clothes, similar eyes, similar long, dark hair…. The film really did precious little to differentiate these ladies from one another, so it’s hard to really give a crap when one of them dies, because you can’t even tell which one of them just kicked the bucket. And even if you can it doesn’t matter, because they’re just going to be replaced with the next copy-pasta brunette on the cast list.

What the hell do you mean I’m pointless and expendable?

Then there’s the film’s violence which, yes, is brutal and gruesome, and very, very bloody, and for some slasher fans that may be enough. But in exchange for all that violence, the film forces you to give up any level of suspense. I really don’t think there’s a single genuinely suspenseful scene in the entire movie. Instead, the violence and death comes at you so fast and furiously that I would almost label this an action film. You think the killer might be in the room an— BAM! He is! And they’re dead, and you’re barely given a second to process and think about it before the movie has already moved on to the next scene. Like, for some people the blood and violence on display might be enough, but if you’re hoping for any kind of build-up or tension then you’re going to walk away disappointed.

The film’s one saving grace is its strong sense of style. Say what you will about the rest of the movie, but visually speaking the film looks great. Everything from the color, to the lighting, to the composition looks to have been carefully planned and thought out. It’s just a shame that the same sense of dedication doesn’t seem to have carried over to the plot.

Oh, except for that one time they obviously used a green screen to show a peeping eyeball. That looked like total crap.

Seriously, who thought that was a good idea?

Black Christmas may not hold up to the original, but I admit that it does have its moments. The movie looks good, the violence is intense, and the background on the villian is a nice addition. Yet the film has NO tension, the plot is predictable, and the characters are so same-y that you don’t give a crap about any of them. So, like I said, the film’s a mixed bag and will depend on your mood. If you just want a quick, stylish bloodbath, then you’ll have a good time. But if you crave some personality, plot or tension in your horror movie, then this is going to feel underwhelming.

Black Christmas (2006) is available on a variety of streaming services.

Black Christmas (2006) is also available on DVD and Bluray.