A Nightmare on Elm Street 5: The Dream Child

It’s just one year after the events of the previous film, and Alice seems to be blissfully Freddy-free. She’s got a cute boyfriend named Dan, she’s made some new friends, and she’s just on the verge of graduating High School. But where Freddy is concerned, all good things must come to an end, except this time it doesn’t start with dreams. Instead, Alice’s new plight begins with strange visions of a nun with a name-tag reading “Amanda Krueger.” Dan tries to reassure her that everything is fine and she is still in control of her dreams, but after another disturbing vision of the nun giving birth to a deformed child, Alice is convinced that Freddy has somehow found yet another way to come back. And she’s right. Freddy almost immediately makes his presence known by killing off her boyfriend and then taunting her with his corpse, before he goes off to take out more of her friends. Alice is perplexed about how Freddy could possibly be targeting new victims when she’s been in control of her dreams for so long. But one quick trip to the hospital reveals the answer: Alice is pregnant, and Freddy has somehow figured out a way to use the dreams of the sleeping fetus as a conduit for his new killing spree. Once more, the more people Freddy kills, the more the infant inside her begins to resemble the deformed killer. So in order to save her unborn child and what’s left of her friends, Alice must once again defeat her undead foe, this time by figuring out the meaning behind all of her haunting visions of his mother.

While I find Dream Master to be relatively ‘meh’, I enjoy its direct sequel Dream Child a lot more by comparison, even if it is kind of rehashing part of the plot from the second film by having Freddy once again try to take over the body of a young boy. Believe it or not, despite the drastic age drop of the victim from a teen to an infant who isn’t even the size of a pea, by removing all the awkward gay subtext, the filmmakers actually managed to make that part of the plot less creepy than the first time they tried it. Go figure. Anyway, like the third film, the movie also gives us some more background information regarding Freddy’s past, especially in regards to his connection to his mother, but it gets a bit more fleshed out here. 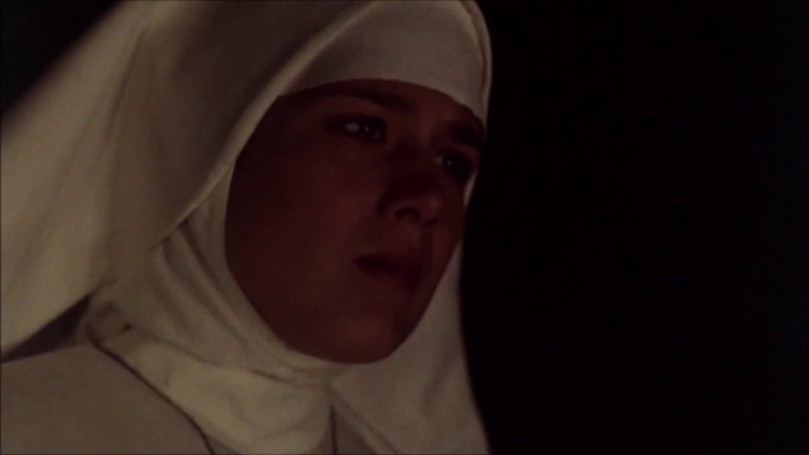 The movie also manages to up-the-ante with some really elaborate and well thought out death sequences, some of which probably end up being some of the most memorable in the franchise.

This includes a very spot-on comic book scene, which may actually be one of my favorites moments from the Funny Freddy era.

I honestly get ‘Take On Me’ music video flashbacks every time I see this.

“Faster than a bastard-maniac, more powerful than a loco-madman, it’s Super Freddy!”
But honestly, despite this sequel being the more memorable outing compared to the last film, one can easily see why this film and it’s immediate predecessor end up being the most overlooked entries in the series. Despite some creative deaths, they just end up falling flat compared to everything else. The first, third and seventh benefit immensely from having Wes Craven involved. The sixth showcases Freddy at his most wacky and irreverent. And even with all of it’s odd flaws, the second film still manages to stand out thanks to all the awkward gay subtext that wasn’t really subtext. By comparison, the 4th and 5th installments just feel….well, almost standard by comparison. It probably doesn’t help that this film was made and released less than a year after the one that came before it. It’s clear they were rushing these things out the door, because they’re rehashing familiar plot points from earlier films. The only thing this film has to stand out from the rest is that much of it was filmed with a bluish film filter so, visually at least, it feels much darker and more gothic than the other films in the series.

So, while Dream Child ends up being surprisingly fun, it’s really just another outing for fans of the series. Everything from the plot, to the characters feels un-shockingly familiar. The only standout elements are that the deaths are more creative, the film looks darker, and Freddy has upped his humor game, presumably due to him taking a year off to cruise the comedy club circuit. Slasher aficionados and fans of what came before will surely want to check this one out. But if you’re just looking for the stand-out entries of the series, than this one can be skipped.

A Nightmare on Elm Street 5: The Dream Child is available on a variety of streaming services.

A Nightmare on Elm Street 5: The Dream Child is also available on DVD and Bluray.