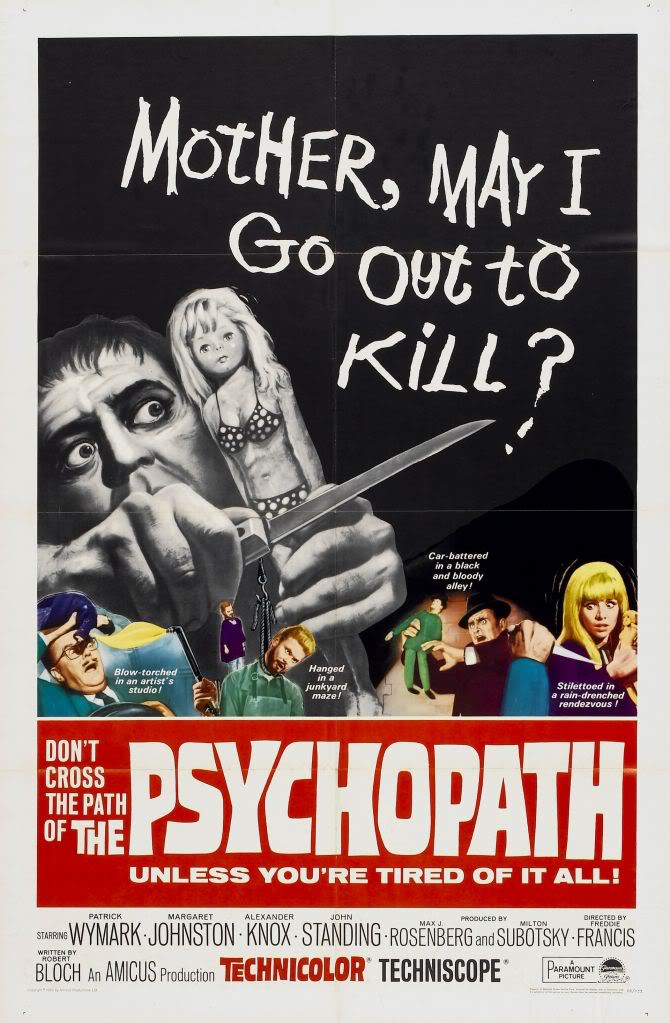 The Psychopath is about a series of bizarre murders set in England that poor, but tenacious, Inspector Holloway must solve. Along the way he discovers a link not only between the murders, but also investigates a possible conspiracy that leads all the way back to WWII.

What makes the murders bizarre is not the method of death. The victims are either stabbed, strangled, or pinned down in dead-end alleys by mid-century automobiles… 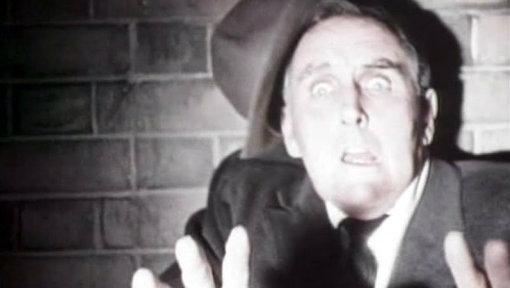 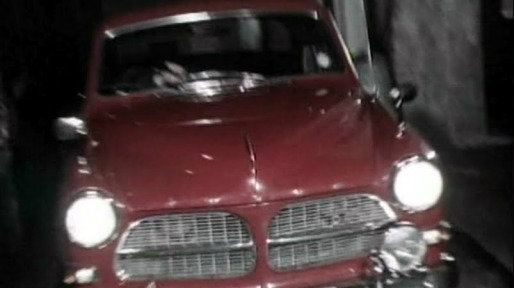 But wait! – I hear you say – That all sounds very mundane. Where’s the bizarre part? Well, what makes the murders odd is what the killer leaves behind after each murder. It’s something so horrifying that to this day it still haunts the nightmares of grown men, women, and children alike. Something so disturbing that even Spielberg utilized them in one of his greatest films. I’m talking, of course, about creepy-ass little dolls.

Don’t be coy, you little bastard. We knew you were up to something the minute we saw you.

Thankfully these dolls aren’t possessed by ghosts or the souls of wisecracking serial killers. They’re just there to bear a likeness to the recently deceased and be creepy enough to perplex Inspector Holloway and to haunt your waking dreams. 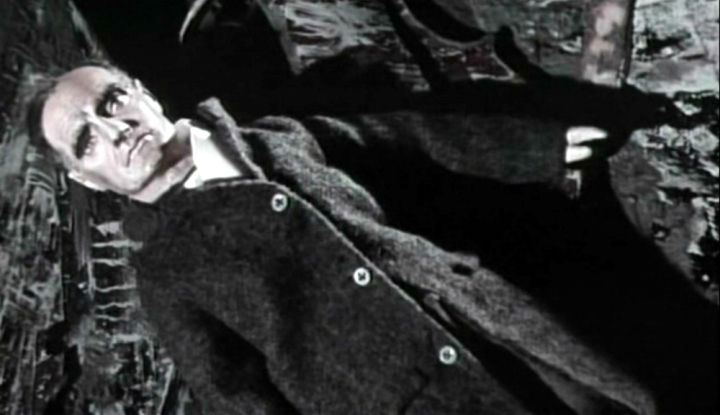 Unfortunately, they’re integral to the plot, as they show up immediately after or immediately before each murder. So the damned things are everywhere and there’s no way to ignore them.

The only thing that could make the whole doll-thing worse is if there were one or more scenes where there was a whole room filled with nothing but dolls. But surely the movie wouldn’t be that evil, right? 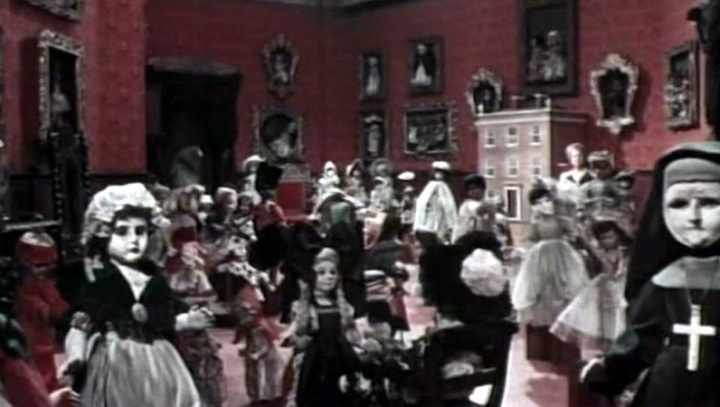 Never mind, I see that it is.

I hope none of you have phobias.

The good Inspector has his work cut out for him, as this is a movie with no shortage of suspects. It could be anyone from the boy and his wheelchair bound mother, to one of the friends of the first victim, to one of the victim’s daughters (who just happens to work at a toy shop making dolls), to the daughter’s impoverished American med-student fiancé. Though the Inspector is eventually given the upper hand, as the suspect pool slowly dwindles as more and more cast members begin to drop like flies. 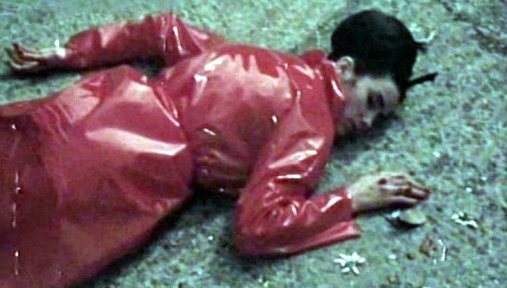 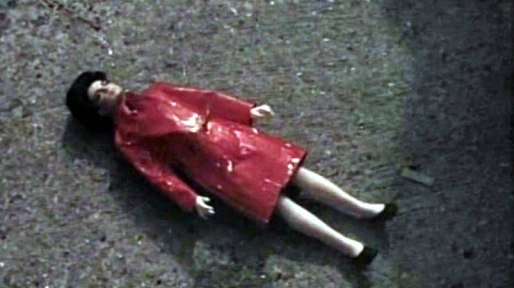 Unfortunately, one of the downsides of The Psychopath is that it’s really, really easy to pinpoint who the killer is. If you can’t figure it out within the first 20 minutes, you’re either not trying, or you weren’t paying attention to the damn movie poster.

The film also suffers from being bogged down in places with a bit too much exposition. In a movie that’s not at all something that you can consider ‘action-packed’, all that talking can feel rather grating.

One of the things the movie has going for it though, is its strong sense of style. The film has a good eye for color (red, mostly,) and lighting and set pieces cast eerie and disturbing shadows that add to the films chilling and mysterious aspects. 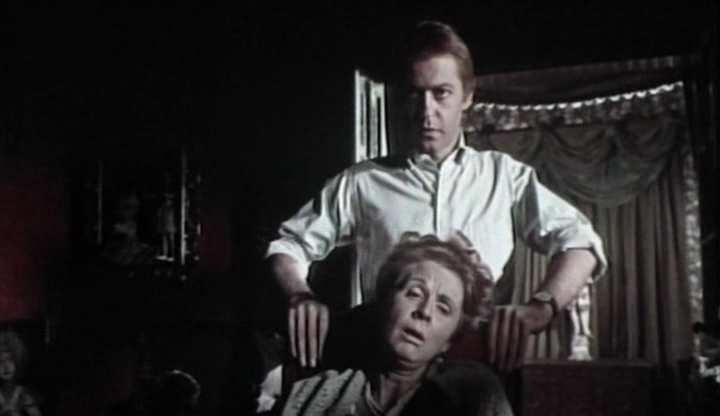 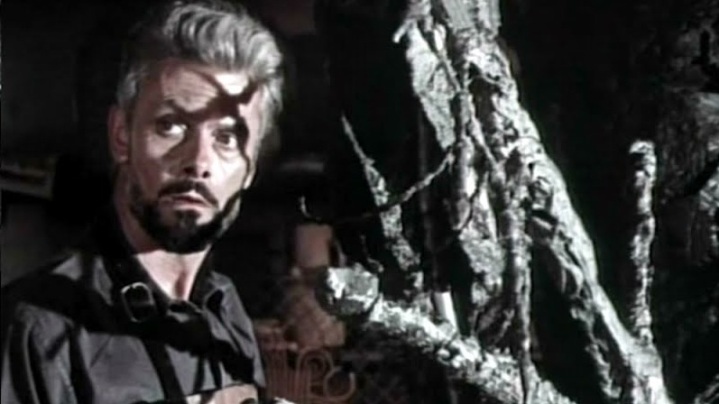 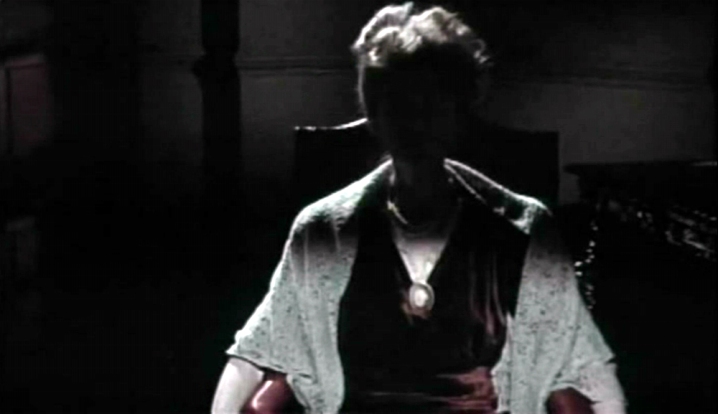 The Psychopath was written by Robert Bloch, which some of you may know is the author famed for penning Psycho. After watching the film, it’s easy to notice a few similarities, though unless you knew that going into it you probably wouldn’t pick up on it.

All in all, The Psychopath is an entertaining little film. It’s the kind of film that aims to be chilling, rather than terrifying. The atmosphere is appropriate and the acting is decent. Though the film has a tendency to be bogged down with a bit too much explanation and you can see several plot points coming from a mile away, the ending is genuinely disturbing and, I believe, worth the wait. If you like horror or mystery films than this something you may want to look into.

The Psychopath doesn’t appear to currently be streaming anywhere, though it does make the occasional appearance on Turner Classic Movies.

The Psychopath is available on DVD and Bluray. 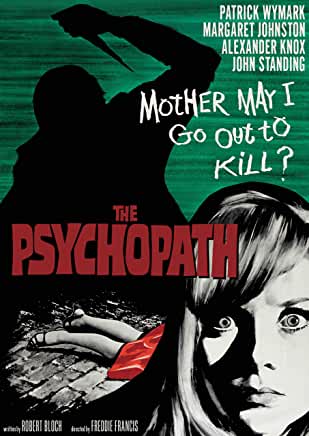 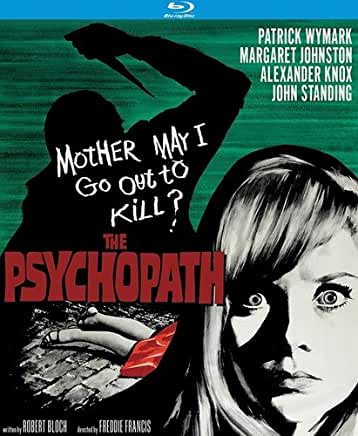