Three young couples decided to spend their vacation heading off into the woods to do a little camping and rock climbing at scenic North Point, which several years ago was once the scene of a tragic fire that killed an entire family. But little do the couples, or even the park rangers know, that there was actually a lone, heavily charred survivor of that fateful night, and he’s not too keen on people traipsing through his home. 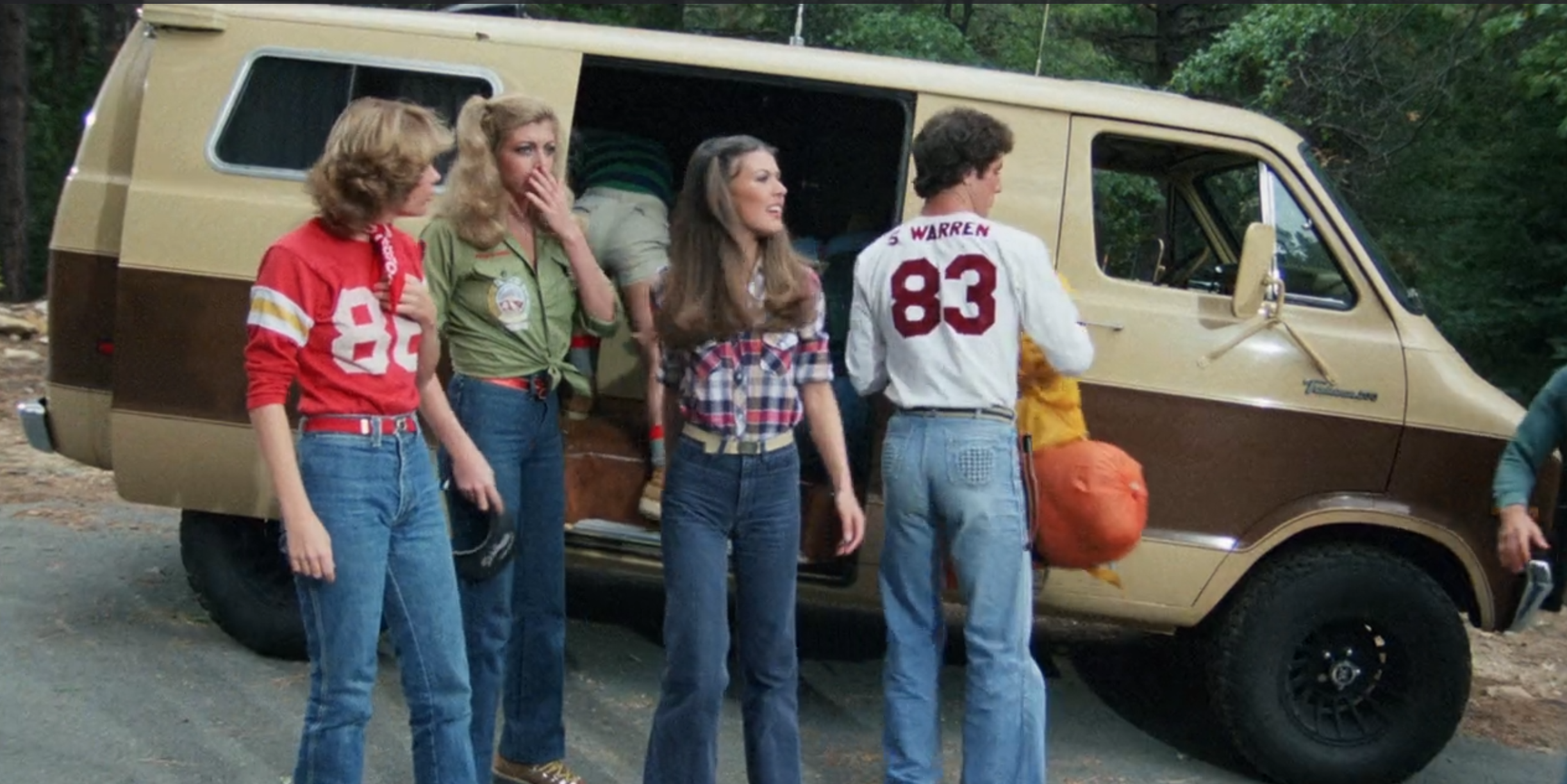 For a film centered around the concept of “a crazed serial killer stalking people out in the woods,” The Prey ends up being just about what one would expect from a slasher of the era. Some have likened it to a cheap rip-off of Friday the 13th, or even Madman, but that’s an inaccurate assessment, because while it may have been released 3 and 2 years after those films, respectively, The Prey was actually produced in 1979, mere months after Friday the 13th, but still long before the more famous film’s release. Turns out sicking crazed stalkers out in the woods on a bunch of unwitting campers isn’t all that much of an original concept. Who knew? And it turns out, a quick history lesson of the film also shows that the movie’s true inspiration, The Hills have Eyes, is actually much more in line with many of the ideas and themes present in The Prey. And that’s sadly really part of The Prey’s problem. The plot of the movie is so cookie-cutter, that all the trivia and backstory regarding the movie is actually far more interesting than anything in the film itself. 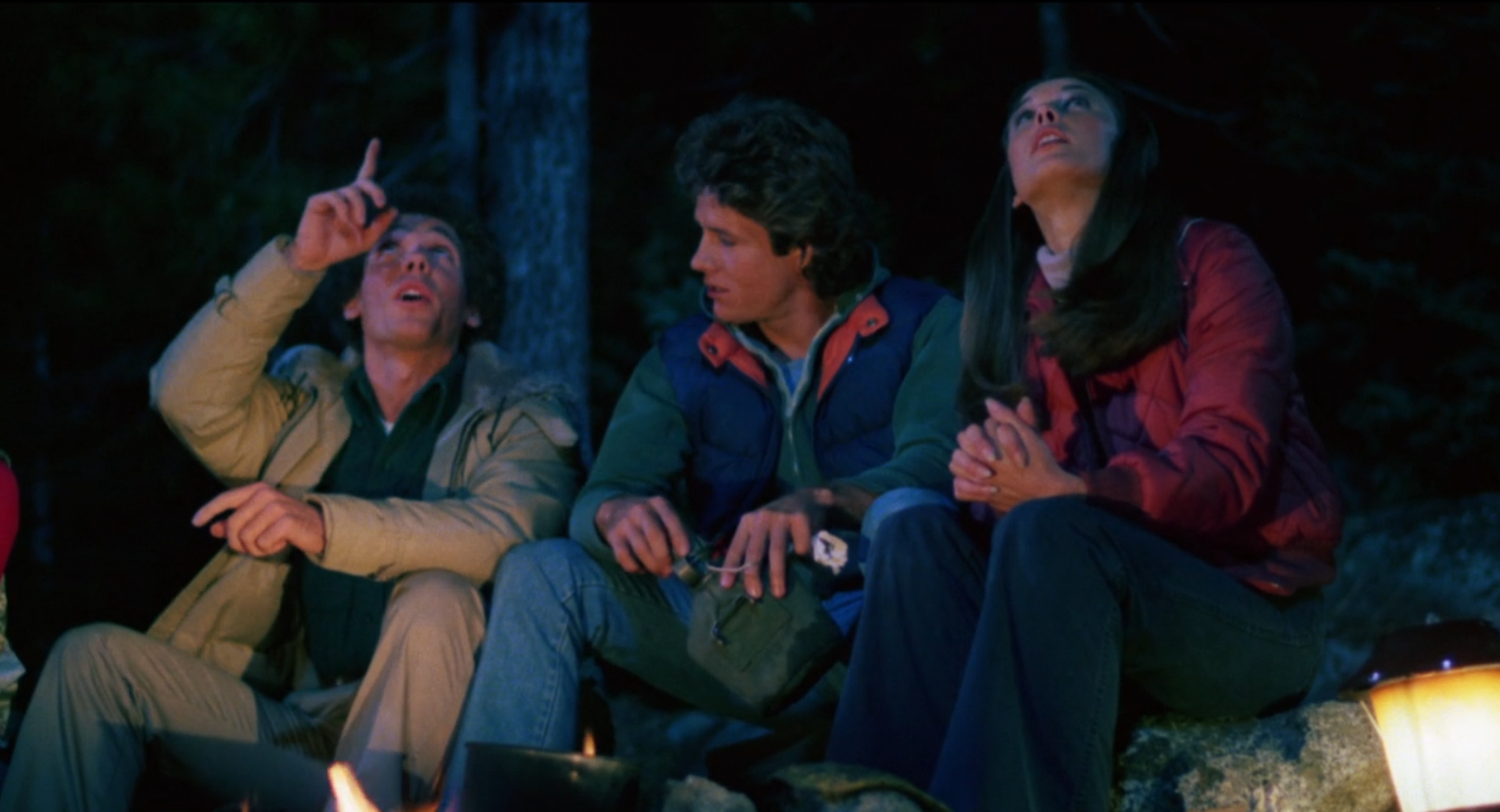 “Hey, don’t blame the line on me. That creepy old dude over there made me say it.”

Now, as for the movie itself, it’s really just sort of…. Meh, all around. Other than the oddly dark finale, there’s just nothing about the plot that makes it stand out from other slashers of the time. The 20-somethings show up, they wander a bit, and they slowly get picked off as they separate from the group, until the lone survivor is left running away and shrieking into the forest. If you’ve seen enough horror films, then you know the drill. The characters are all fairly cookie-cutter and fit into your standard slasher tropes. On the guys’ side you’ve got the jock-…. well, to be honest they all kinda fit into the “jock” mold, but they differentiate themselves by being the jock-jock, the asshole-jock, and the nerdy-jock. Then on the ladies side you have the tomboy, the prissy type who clearly has no business being out in the woods and you wonder why she’s even out there, and finally the “normal” girl, which means she automatically defaults to the sole survivor. Of the main six, no one stands out as being in any way memorable, the closest exception perhaps being the beauty-queen-ish blond, but I guarantee they’re all so dull, that you’ll still end up forgetting all their names by the next day.

Seriously lady, why did you even come out here?

Sadly the park rangers and the killer don’t fare much better either. The killer probably gets less than 5 minutes of combined screen time. Jackie Coogan (who starred with Charlie Chaplin in The Kid, and played Uncle Fester in the 1960 series of The Addams Family), makes a surprise appearance as a slightly disgruntled park ranger whose sole purpose seems to be to eat, take phone calls and to add some much needed plot exposition (assuming you’re watching the Theatrical Cut). And Jackson Bostwick, who plays the other ranger, ends up spending most of his time wandering through the woods, talking to baby deer, and playing a banjo. So unless you really like banjo playing, there isn’t anything exciting to see here either. 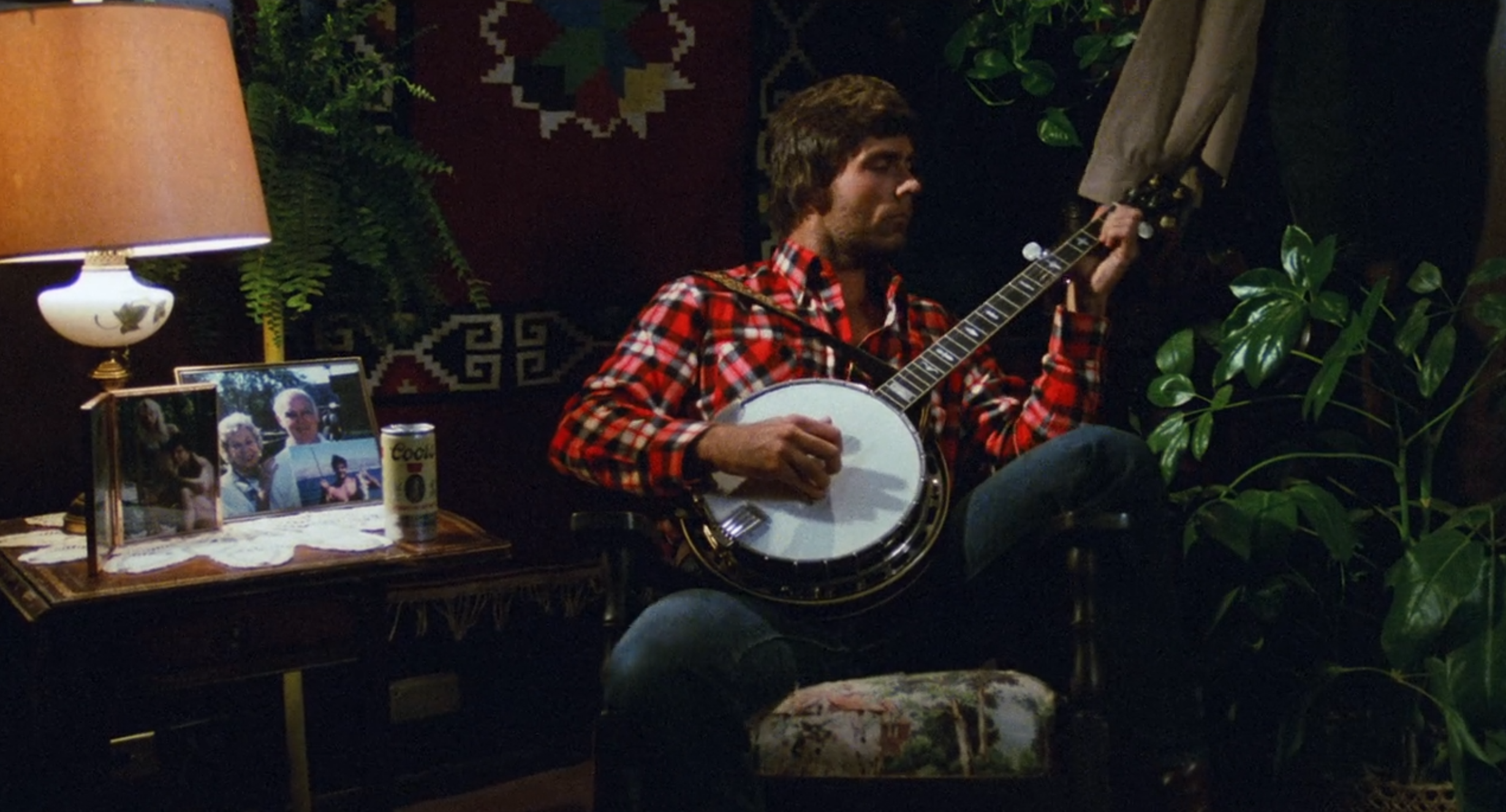 Though I would have given them bonus points if they’d tried getting away with playing the Deliverance theme.

All that said, the movie’s greatest flaw is it’s abysmal pacing. All respect to the Browns, but it’s kinda clear that without all the hanky-panky, they really didn’t quite know how to fill 80-minutes worth of screen time. Actual scripted dialogue is so bare bones that you can immediately tell when the characters are forced to do some ad-libbing (and quite badly, I might add) in order to just fill in some space. The fireside scene is especially painful, because not only is it clear that the kids don’t know what to say, but the director doesn’t seem to know where to focus, so the whole thing feels unnecessarily jumpy. Then there’s the rest of the film, which is just CHOCK-FULL of nature and wildlife stock footage. To the filmmaker’s credit, they picked some beautiful and interesting clips to show us, and even cleverly interspersed some animals chasing and eating one another into the clips (cause they were prey, get it?). But no matter how pretty or thematically accurate the shots may be, it doesn’t make it any less obvious that their sole purpose is to do nothing more than to pad out the film’s runtime. I’m not going to spend my time timing it, but there’s so much of it I’m pretty sure if you cut out all the extraneous nature shots the film would be lucky to hit the 40-minute mark. Again, they’re super nice to look at, but they often go on for far too long and do contribute to making the film drag.

“Look, I just want you people to know I in no way endorse this movie. My friends and I were put in it against our will.”

In the end, The Prey ends up being a perfectly serviceable slasher film, just not a particularly memorable one. The story is fine, but painfully familiar. The characters fill their roles well, but end up being rather boring. And while the pacing does pick up by the second half, the plot is so bare-bones that they had to fill it with a bunch of National Geographic footage. It does go the extra mile by kinda playing with some familiar themes, like City Folk versus Country Folk, and the sins of the past coming back to haunt you, but in the end it does precious little with either, and chooses instead to stick primarily to the slashing. That said, the effects are decent, and the music, composed by Don Peake, who also did the score of The Hills Have Eyes, complements the film just fine. It’s not a stand-out slasher, but it’s a pretty fun and quick watch for genre fans. But if you’re looking for something that’s more depth than documentary, then you’ll want to look elsewhere.

The Prey is available on a variety of streaming services, including free on Tubi TV. 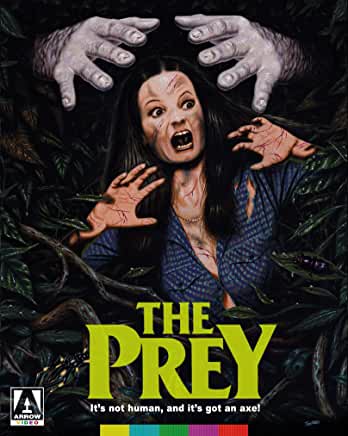