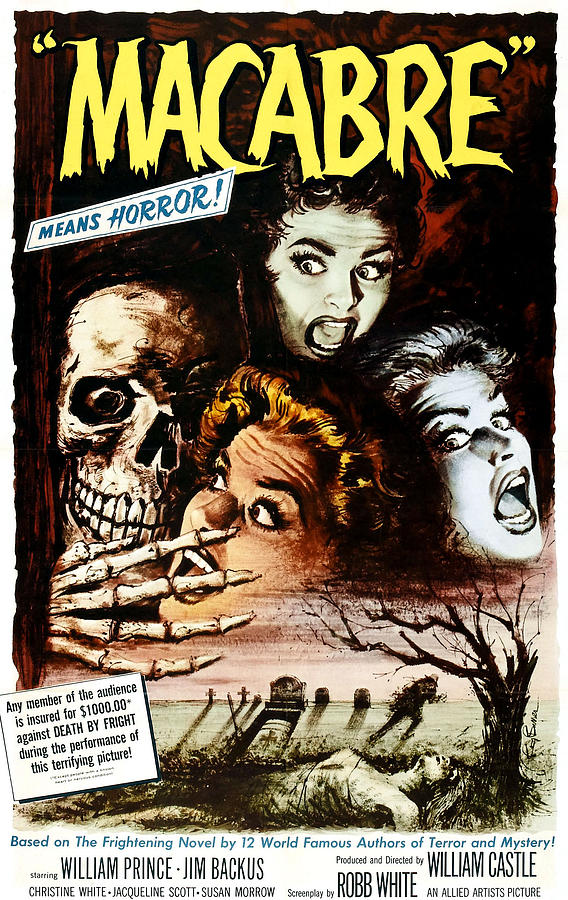 The good Dr. Barrett’s young daughter has been kidnapped by some psycho who informs his secretary that he’s buried her alive. The doctor has only a couple hours in which to find and rescue her before she runs out of air. It’s a race against time for the doctor and his secretary to find the girl, all the while muddling through an assortment of family and friends, all of whom could be potential suspects.

Made in 1958, this is one of William Castle’s first forays into the horror genre. Though it’s more accurately described as a suspense or thriller, rather than a horror movie, as the only thing that could possibly be described as horrific about it is perhaps a couple instances of acting. I can’t imagine a 10-year-old sitting in a darkened theatre with a box of popcorn in 1958 being any more terrified than myself sitting at home in my darkened living room with a couple of Oreos.

Despite the promotional gimmick (a Lloyd’s of London insurance policy) movie prominently features a ‘race against time’ plot-line, complete with continued shots of clock and all. 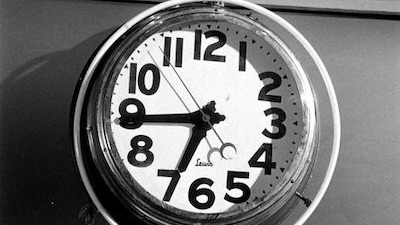 So unless you’re paid by the hour and the clock freezes this isn’t really horrifying.

Coming from one of the masters of B-movies, it’s about all that you would expect. It’s relatively short, the plot is fairly thin, and the characters are serviceable, but lack any standout performance.

That said it’s not a bad little thriller. Considering it’s short run time (72 minutes), most of the characters are at least decently fleshed out and it’s imagery is appropriately moody. 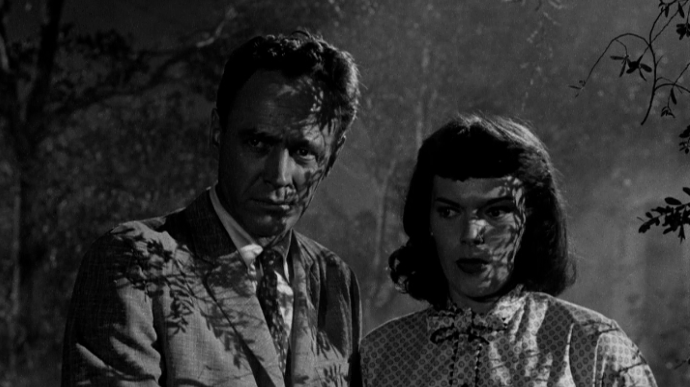 It also adds the requisite twist ending, though anyone who’s a veteran of suspense or thrillers in general will see it coming a mile away. It’s a movie perfect for a late night viewing where you don’t want anything more heavy so you won’t be forced to think too hard. It’s thriller-lite, if you will, which is perfect if you think about it, as Castles target demographic was about the 10-14 year-old range.

It also surprised me by having a closing animation sequence. It wasn’t spectacular by any means, but I thought it was cute that it looked like everyone in the small cast and production staff got their own little animated caricature.

All in all, not a bad little film. Perfect for those of you who have young-uns that you want to ease into the genre, as the plot is easy enough to follow and there’s no gore or anything explicit to warp their little minds. Veterans won’t find anything noteworthy here, though, unless you’re looking for something light, or a little blast from the past.

Macabre is currently streaming on a variety of streaming services, including free on Tubi TV 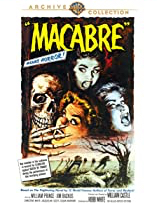