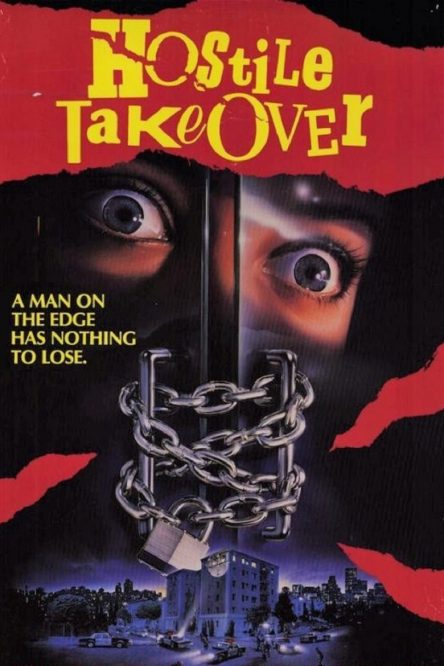 AKA: The Devastator
AKA: Office Party

Mild mannered workman, Eugene Brackin, has volunteered, along with three other coworkers, to go in and work over the Thanksgiving weekend. He sits quietly for the entire day and then, after everyone has clocked out, he locks the door, pulls out a gun, and takes his three coworkers hostage. He does not give anyone a reason for his actions, only saying that he won’t hurt anyone and that everything will be over when the circle is complete.

Meanwhile the local chief of police is dangerously close to pulling his hair out. Not only does he have three hostages to worry about, but both the mayor and the leader of the SWAT force are breathing down his neck and wanting him to storm in, guns blazing. All he can do now to save his job is cross his fingers and hope that Eugene keeps his word about ending the standoff by the end of the weekend.

Considering how close we are to the holidays, I thought it only right to try to track down an appropriately related film. With all the holiday-themed Christmas horror films out there I kind of expected, I don’t know, a larger number of cultish Thanksgiving themed films hiding out there somewhere in the ether. But short of the very cheesy, and very obvious, killer turkey films, there are actually surprisingly few. Which is how I ended up settling on Hostile Takeover, an interesting Canadian thriller/horror from 1988, starring David Warner and Michael Ironside,(and based on the 1981 novel Office Party by Michael A. Gilbert) that really has very little to do with the holiday in question. But while it’s the kind of movie that ends up appearing on ‘horror’ lists, it’s probably more accurately described as an intense psychological drama/character study, one where no one is quite what they appear and one that ultimately ends up being quite tragic for all parties involved. For starters, when you hear about a movie involving hostage situations, I guarantee that this is not what you had in mind. Other than the surprisingly violent (and rather bloody) ending, this is the most chill hostage film I’ve ever seen. But then again, Eugene is not your typical captor, either. He gives absolutely no demands or reasons for his actions, beyond essentially wanting to wait. And before you ask, no, we never do find out his reasoning in the end, that little tidbit of info is left entirely for the audience to decide. We are given some suggestions for his motives, like a desire for more control in his life or, quite tragically, the simple need to not be so lonely, but it’s never outright stated. Eugene also doesn’t act like your typical hostage taker, either. This is David Warner at his most David Warner-ish: calm, soft spoken, patient and endlessly polite. After he’s kindly asked them to handcuff themselves to their (rolling) chairs, Eugene’s first ‘demand’ is wanting to know what everyone wants for dinner, so the police can bring it to them. At certain points he unhandcuffs them and lets them wander the room. He even lets them have a ‘party’ with a bottle of Scotch their boss has hidden in his file cabinet. Possibilities of Stockholm Syndrome aside, he’s likely one of the most amenable criminals ever put to film. This is about as close to a Thanksgiving moment as the film gets.

Meanwhile, we spend time learning about the three other characters in this little drama, like boss, Larry, strict secretary, Joan, and flirty coworker, Sally. Each one of them has their own backstory explaining their personality and motivations, and the more you learn about them, the more you realize that their different facades all hide individuals who may actually be more unstable than the quiet, crazy guy who took them all hostage. Nothing seen is really anything too shocking or extraordinary, but I will say that Joan is given one of the most fabulously, WTF, over-the-top escape moments I think I’ve ever seen.

Joan has had enough. Old lady out, bitches!

In spite of some of the posters I’ve seen of the film (and it’s renamed alternatives), the film’s plot is very much a slow-burn, so those hoping for the implied action seen in such posters will be very disappointed. Not to say that there isn’t any action, but with a grand total of 90 minutes, only about 5 of them are dedicated to ‘action’ and not all of those minutes are consecutive, so suggestions to the contrary are highly misleading. This movie is not anywhere close to a high-octane affair. In fact, there are long stretches of time where the plot barely moves at all. No, most of the tension found here is thanks to the slow build-up of the unknown or from waiting for the repercussions of certain actions the characters make, and hoping it doesn’t end as badly as you think it’s going to end.

Seen here: The one moment including actual octane.

The film’s greatest trapping is that it feels just a little too underproduced. While the acting is decent, the sets look cheap, the lighting is just a little too dark, and there are good portions of the script that feel like they needed a couple extra rewrites before they were actually ready to be put to film. For instance, there’s a rather strong focus on some of the works of T.S. Eliott, especially towards the end, that is never really explained, or fleshed out, so their inclusion feels more like pretentious BS rather than any sort of ‘profound’ reasoning I’m sure they were going for. I’m not sure if it’s the film or the direction they went with, but it’s clear that the film feels that it’s intentions are much deeper than the budget allowed it to be.

Should the Chief of Police be reading poems on top of a silo with a hostage situation going on? What’s your deep meaning behind that, movie?

Hostile Takeover is not your typical thriller/horror. It almost feels more like a Greek tragedy you were forced to read in High School where the gods of Olympus laugh down upon us mere mortals as if to say “Fuck ya’ll! Nobody wins!” The bad guy feels more like the good guy, the good guys feel more like the bad guys, and when one of the hostages tries to use a weapon to get free (a perfectly reasonable thing to do in such a situation) he comes across as an asshole. So no, this is not your typical hostage film as the title implies. Instead of action and suspense, everything is subdued and roles are reversed and it’s left up to the audience to figure out who the bad guys and good guys are. In short it’s much more cerebral than it implies, so it’s likely going to be the type of movie you’re either really going to like, or you’re going to think it’s boring as hell. If you’re looking for a new, offbeat thriller, then this might be something worth looking into.

As far as I can tell, it has only been released on VHS. 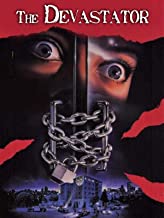