In 1885 London, Bernard Hichcock is a respected and renowned doctor who is making strides in the world of medicine. But Dr. Hichcock is hiding a terrible (horrible, no good, very bad) secret: he’s a necrophiliac. Lucky for him, his beloved wife, Margaretha, is fully aware of his proclivities, and humors his troublesome needs by allowing her husband to inject her with a sedative that knocks her out whenever his desire takes hold. Unfortunately for the doctor (and Margaretha), in his eagerness to be with his (apparently very understanding) wife, he gives her an overdose of the new drug he’s developed, causing her heart to stop. Devastated, Hichcock leaves the home they shared and begins to travel.

Twelve years later, Hichcock returns to the nearly abandoned residence (the maid is still hanging around apparently) with his new bride, Cynthia. Cynthia is understandably a little put off by the neglected home and the many portraits of Margaretha that line the walls. But she loves her husband and is determined to make the best of it. Or at least she was until she starts hearing strange footsteps outside her door at night, and starts seeing a shadowy figure roaming the grounds. Cynthia tries to come up with a reasonable explanation for everything, but her husband’s stark dismissal of her concerns and his sudden standoffish-ness, coupled with the increasingly strange occurrences, are starting to make once skeptical Cynthia start to believe in ghosts.

She might not be so scared if she stopped creeping around dimly lit dungeons.

The Horrible Dr. Hichcock is an Italian horror film filled with both English and Italian actors, most notably Robert Flemyng and Barbara Steele. When one thinks Italian horror one usually jumps right to something graphic and giallo-esc, but Hichcock (which my spellcheck constantly wants to add a ‘t’ to, so please forgive me if it slips in there) eschews that expectation and instead chooses to go with the less gory gothic motif. But while the aesthetics are beautiful and charming, it’s got enough flaws that keep it from being held up as a pinnacle of Italian Gothic Horror.

In light of current events, it really bothers me that he’s wearing his mask wrong.

For starters, the plot doesn’t feel nearly as polished as it should be. Like all good gothic tales part of the plot centers around an element of mystery, so of course you shouldn’t be expected to have a full idea of what’s going on. But there remains this constant nagging that makes it feel like there’s a bit more info that the audience should be privy to. A bit of background digging reveals that the film’s production went overschedule, and that the initial intention had been to add more exposition in the film. This lack of included motivation and backstory ends up being both a blessing and a curse. On the one hand, it forced the filmmakers to relay some of the missing information through visuals and mere implication. This makes much of the film’s horror more subtle and forces the viewer to pay closer attention to what’s going on. We don’t need to know more about the Hichcock’s marriage or what the doctor is thinking, because we can figure it out for ourselves. But on the other hand it also leaves the motivations of one of the side characters completely veiled, which ends up making the reveal in the final act feel a little more out of left field. I’m of the mind that surprise reveals like that should feel more along the lines of “Oh! That’s what was going on.” instead of coming off as “….Wait, what? Why?” But maybe that’s just me.

But I like to think it’s not just me.

While the plot may leave a bit to be desired, as far as the acting goes, everyone here is excellent, with maybe the exception of a couple of side characters. Much of the film relies on Flemyng and Steele’s performances to not only carry the tension, but also to help visually convey some of the plot points that go unspoken. Flemyng in particular does an excellent job when it comes to the later half of that role. He wonderfully manages to convey a respectable veneer all while trying to hide his character’s darker compulsions. You can see the stark horror of accidentally killing his wife and, despite the word ‘necrophilia’ never once being uttered, you can see the twisted desire that befalls him whenever he and a nice, ripe corpse (or his unconscious wife) are left alone together. I’m sure, if one were so inclined, that someone could write a dissertation on not only Hichcock’s behavior, but also about his relationship with his wife, a woman he so clearly loves, yet is unable to show any affection towards until she’s out cold.

And then you could follow up that lecture with another one about his wife.

Steele, meanwhile, is as always a delight to watch. Though her character does seem prone to some convenient cases of screaming and fainting spells, she’s also clearly more than just a trophy wife to much older doctor. Cynthia may be pretty, but she is also extremely clever and intelligent. She doesn’t just take her husband’s word for what’s going on in that house. She knows something’s up and takes appropriate measures to counteract it. So while her character does ultimately devolve into little more than a harried protagonist in the final act, she also exhibits an inner strength and resolve that keep her from falling into the ‘helpless victim’ category that similar movies usually reserve for their female leads. 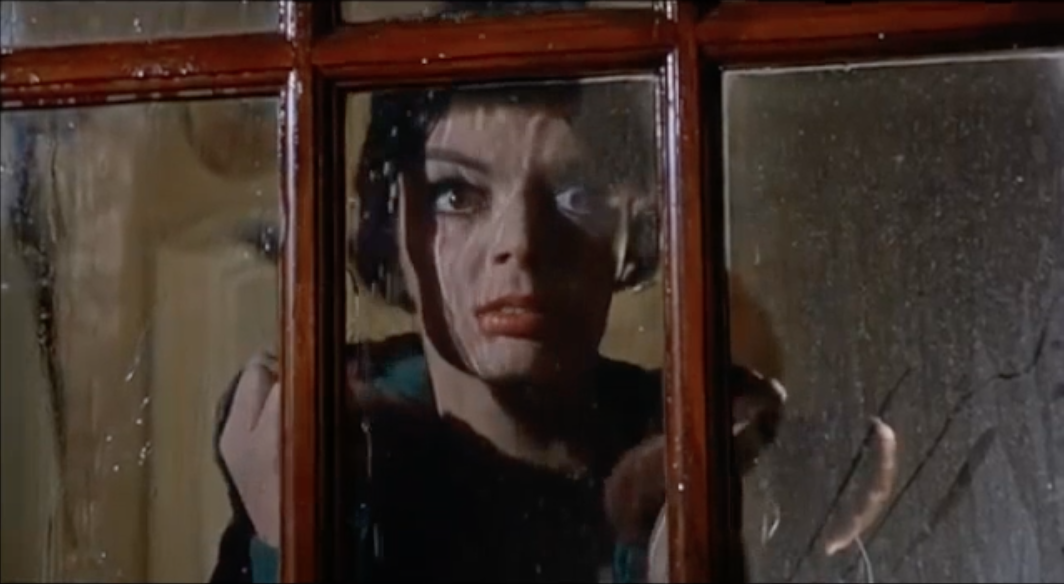 On top of the wonderful acting, the movie also has lovely visuals. The movie is filled with dark, rich tones, gold gilding, draperies out the ying-yang, and pinpoint precision lighting purposefully designed to create emphasis and atmosphere. The film is about as beautifully gothic as a film can get, so while there may have differing opinions about the characters and the plot, I see no reason for fans of the gothic genre to have any qualms about the imagery. The Horrible Dr. Hichcock is a beautiful and entertaining film. The characters are engaging and the imagery is on point, often adding in subtle nod to some of the films of the movie’s namesake, Alfred Hitchcock. But it’s main fault lies in it’s story. Some characters’ behavior seems to vary wildly depending on the current scene, and one even disappears from the film entirely without any explanation. The climax builds up to something grand, and then seems to forget what preceded it and fall into genre norms. For a film to do that after it dared to even suggest the idea of necrophilia in the 1960s, it’s ultimately a bit disappointing. For fans of gothic aesthetics, imagery and subtle, wordless acting, this film will be quite entertaining. But if you’re hoping for a more solid, thought out story then it’ll likely not meet your expectations.

The Horrible Dr. Hichcock is available for streaming on Amazon Prime. 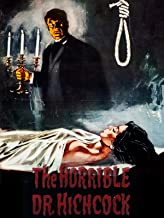 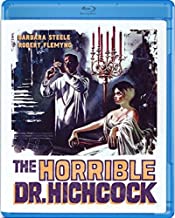