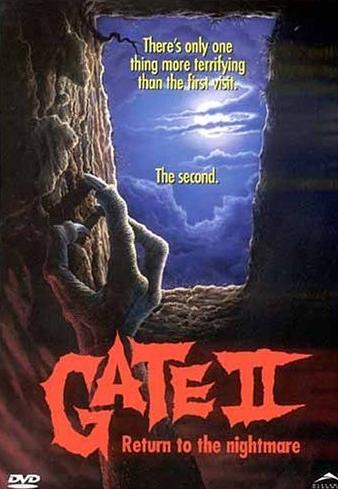 AKA: The Gate II: (The) Tresspassers
AKA: Gate II: Return to the Nightmare

The Gate II opens with a much older looking Terry talking about how he’d helped open up the Gate in the previous movie, but then stating that they had gone about it all wrong. At some point since the last film, metal-loving Terry has been reading up on becoming a first-class demon summoner. Terry has set up an honest to goodness demon summoning circle in the wreckage that is Grant’s old house, preparing to summon the demons “properly” so he can use their power to make a wish. While in the middle of the ceremony, a trio of cliché 80s movie punks crash his party. But instead of beating his geeky, demon summoning ass, the punks join in on the wish-granting ritual. 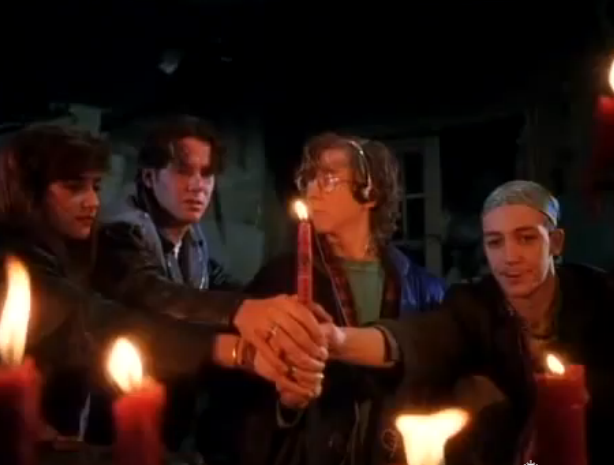 Kumbaya-ing around the demon circle is not how I expected this scene to go when they first showed up.

They manage to drag a minion over from the other side, but one of the punks freaks and shoots the little bugger as well as most of Terry’s summoning equipment. Terry takes the creature home and discovers that despite the seemingly fatal injury, the demon can miraculously heal itself. Terry and his new punk friend soon find out that the creature can grant wishes, but there’s one small catch to this glorious discovery. After a few hours, all their wishes turn to shit. And when I say that, I mean great steaming piles of actual shit. 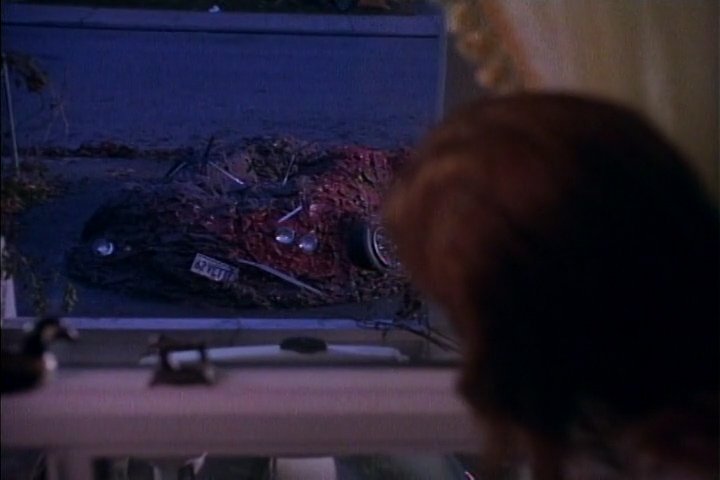 Meanwhile, a trio of uber demon gods is taking advantage of the newly opened Gate (I guess Terry spent so much time learning to open the damn thing that he never bothered to learn how to close one) by possessing some of the people who had made wishes in order to one again become all-powerful.

Instead of trying to one-up the previous movie with more demons, this film takes the opposite approach. In the first Gate, the little imp/gremlin/minion creatures were everywhere. They popped out of nowhere, chased you around and were legitimately creepy. This time there’s only one minion in the movie and his role has been reduced from mini-terror to comic relief. 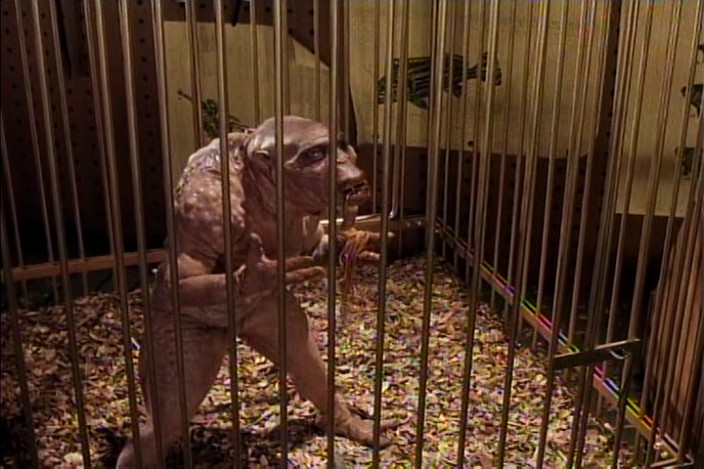 I went from biting peoples ankles to being fed Chinese food through a birdcage. What the hell happened? Where’s my agent?

The acting this go-round is all around better than the first one, but again the number of kids has been reduced to four. Of those four, only the woman manages to have a modicum of more depth beyond your typical horror movie clichés. The other three fall snuggly into geeky hero, a$$hole alpha-male and dopey sidekick. I must give them credit, though. Cliché though they may have been, they played their roles well. Especially the dopey sidekick, Moe. He was one of the best dopey sidekicks I’ve seen, so props to him for that. 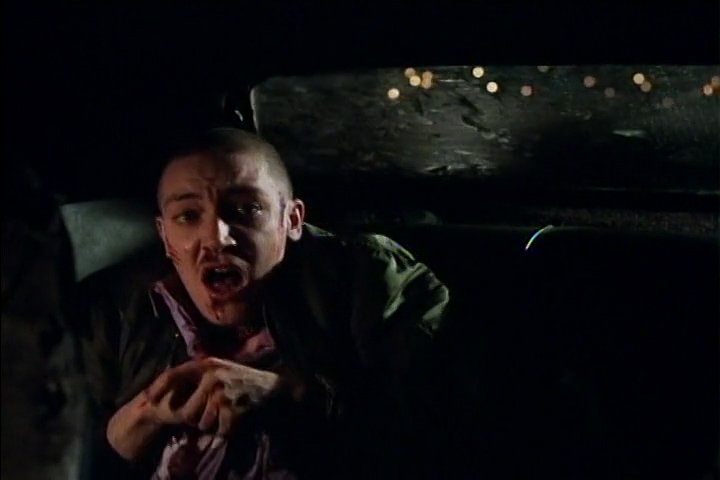 The biggest gripe I have with this movie is with the effects. This is another area the movie dropped the ball. While the guy in the minion suit looked fine, the quality of stop-motion animation took an unfortunate hit. The quality of the molds didn’t seem to fare well either, nor did the makeup. Now, I’m not saying any of the above is ‘bad’ per say, I’m just saying that it’s clear that they don’t have the polish of their predecessor. Which is a shame, as I felt the practical effects were the strongest point the first Gate had going for it. 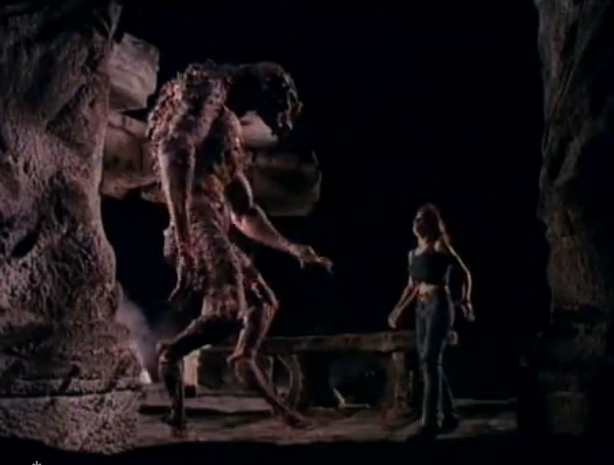 Overall, I’m kinda let down by this sequel. It starts off with a lot of promise, but quickly devolves after that. Much of what made the first film enjoyable has been downgraded or replaced. Much of the horror is gone, there are fewer monsters, the effects pale in comparison, and the pacing is even worse than the last time. The acting may be better, but that doesn’t help improve the sluggish parts of the story. It has it’s moments of brilliance, but it’s probably best they ended this series when they did.

The Gate II is listed, but not currently available for rent on Amazon.

It is also available on Bluray. 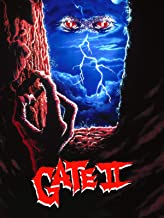 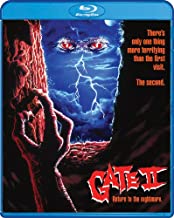