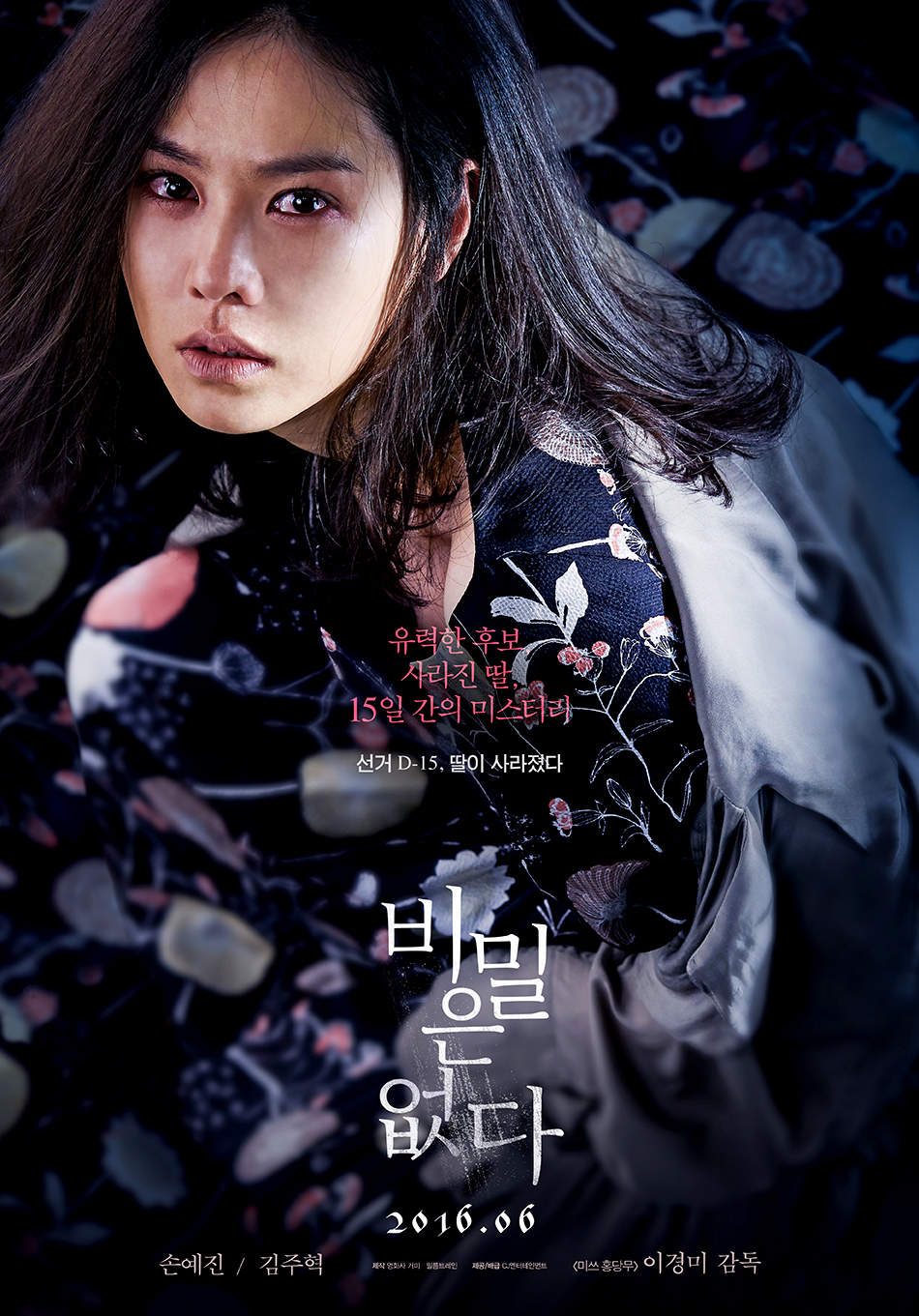 AKA, There Is No Secret

Kim Yeon-hong and her husband Kim Jong-chan seem to have the perfect life. Their previously troublesome daughter, Min-jin, has turned her life around, improving her grades and staying away from her old, rebellious friends. Meanwhile Jong-chan, a former announcer, has turned into a popular young political candidate who looks like he might have a shot at beating out the local incumbent. Jong-chan’s campaign is making great strides, but a mere 15 days before the election Min-jin suddenly goes missing. The police think that Min-jin has run off to get her parents attention and Jong-chan, too preoccupied with the election, seems to agree. Desperate for answers, Yeon-hong takes it upon herself to find out what happened to her daughter, but she soon realizes  that the perfect life she thought she had was anything but.

On the surface, The Truth Beneath comes across as a political thriller and, in the beginning, that is a fairly apt description. But as the film progresses both Yeon-hong and the audience come to realize that there’s a lot more going on here than one initially expects. While the political aspect is certainly a major part of the story, it’s also a story about love, and the dangers of obsession and willful ignorance.

While the main part of the story centers around Min-jin’s disappearance, the real meat of the story centers around her mother, Yeon-hong, and her slow transformation from doting housewife and mother, to lost soul, to avenging angel. Min-jin my drive the plot, but this is her mother’s story, a transformative tale chock-full of secrets, truth and betrayal. But while it may have a plot filled with a lot of baggage to unpack, the film handles each mystery masterfully often giving you subtle and even overt clues that reveal what’s going to happen, only for you to understand their significance much later. Revealing too many specifics would spoil the story, so I’ll just have to say that it is an exquisitely executed plot and leave it at that.

The acting is thankfully on par with the plot, with each member of the cast fulfilling their roles splendidly. Min-jin feels like a typical teen. She’s devious perhaps (a little too devious, actually), but ultimately her motives are simple: she really just wants to listen to music, spend time with her best friend and make her parents proud. Jong-chan feels like what one would expect a typical political father to be, logical, resolute and highly preoccupied with his job.

But the clear standout is of course Son Ye-jin’s performance of Yeon-hong. Her transformation from the beginning of the film to the end may be profoundly tragic, but it’s a treat to watch. Every reaction seems smooth and natural, and as each piece of the puzzle slowly begins to fall into place, we watch her change from meek political housewife to royally pissed-off force of nature. We truely watch this woman go through the various stages of grief, and we as the viewer feel each jarring, painful step along the way.

The film is beautifully subtle in it’s visual execution. Yeon-hong’s grief is often conveyed through editing, with fast cuts conveying her bouts of confusion and long, drawn out moments of quiet encapsulating her grief. Gentle calm moments of peace and lost innocence are filled with soft edges and light pastels, and secrets are covered in hard edges and shadows. Each frame and color choice seems deliberate, with bright colors highlighting certain important elements and dark shadows highlighting others. One may not walk away remembering one specific scene as the highlight of the film, but as a whole it does a most excellent job of complementing the plot with the visuals.

I came across The Truth Beneath while searching through the ‘horror’ section of Amazon Prime, but that’s really not an apt description of the film. It’s an amalgamation of different elements, a mystery/thriller/revenge film, filled with obsession, political undertones and a heaping dose of tragedy. The ‘horror’ of the film comes less from the events of the film itself (though there are plenty of horrific elements), and more from the character’s eventual realizations of what their action, or in some cases inaction, ultimately caused. There’s more than one point in the film where you can see the realization set into Yeon-hong that much of what happened could have been prevented if she hadn’t been so complacent or asked the right question. By the end, all the truth is laid bare and all the ambition, regret and violence collide into an unexpected, but satisfying conclusion. If you enjoy mysteries or thrillers, then The Truth Beneath is an excellent option, provided of course that you don’t mind the subtitles.

The Truth Beneath is available to stream on Amazon Prime.

Unfortunately, it doesn’t look to have yet had a western DVD release, though the Korean version does look to have English subtitles.