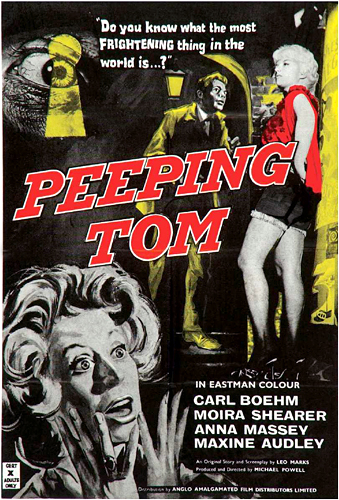 In the movie Scream 4, the killer quizzes his victim, and one of the questions asked has to do with the first slasher film ever made. Peeping Tom was that slasher (beating Psycho to the punch by coming out earlier in the year.) Well, hell. Now I have to watch it.

Mark Lewis is the member of a film crew and who also does some photography on the side. He has aspirations to become a professional filmmaker one day, but he’s got a small problem: He likes to kill women and film the murders of his victims while he stabs them with his tripod. Those are the kind of things that look really bad on a resume. 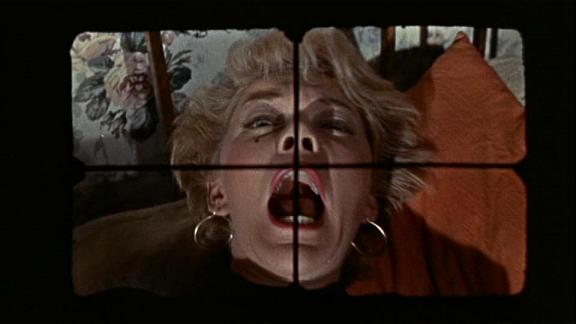 Doesn’t always look all that great on film either, to be honest.

The film is filled with a variety of lively and oftentimes quirky characters and they do a great job of lightening the mood surrounding the grisly deaths that happen around them. Anna Massey plays Helen, Mark’s first friend and possible love interest. The happy, upbeat girl takes a genuine interest in her upstairs neighbor and his hobbies. Her lovable, though sometimes nosey character relaxes Mark, and you get the feeling that for the first time in his life Mark has actually found someone he truly cares about.

Of course the standout is Karlheinz Bohm, who plays Mark and he does a wonderful job as the killer. There’s a quiet intensity to his eyes, which he uses without restraint to create Mark’s very tortured soul. The only downside is that Bohm is a German actor and does no attempt at a British accent, so believing that he was born and raised in a British household means the viewer has to suspend their disbelief every time he speaks. 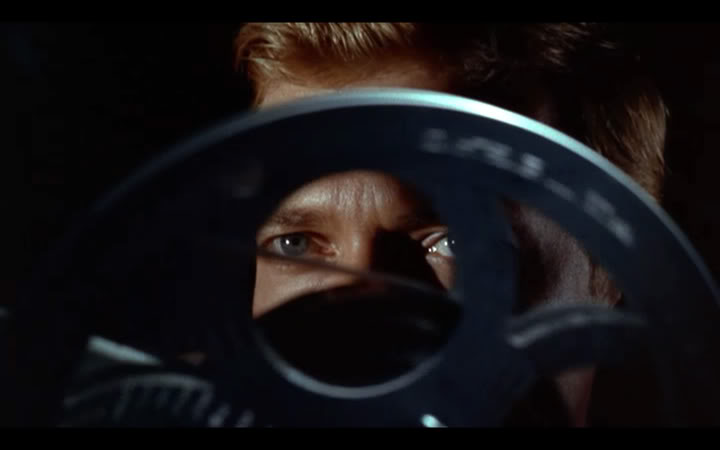 Peeping Tom is a film that pretty much ruined the career of director Michael Powell. Known for a series of classic British films including Black Narcissus and The Red Shoes, Peeping Tom’s subject matter was so controversial at the time and so widely panned (mostly on moral grounds) that he was pretty much blacklisted from Hollywood until the film was reevaluated over a decade later. It’s now widely considered a classic and the Michael Powell Award was established in ’93 for the Best New British Feature. I’d like to hope it was some small consolation to him, but since he’d already been dead for three years we’ll never know.

Today, the controversy seems almost laughable. Other than Marks side job of photographing dirty pictures for the sleazy-old-man market, there isn’t any other sexual content (unless you consider a fully clothed woman dancing around sexual), and most of all the violence happens off screen. The actual murders are left to the viewers’ imagination and what you do see is swift with a minimal amount of blood. 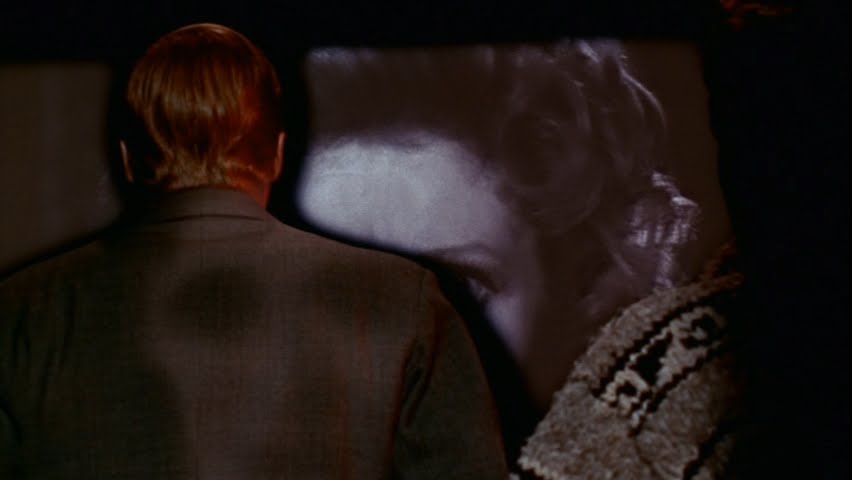 Perhaps the critics’ issues came more from the character of Mark himself. Bohm portrays a disturbing man with contradictory qualities. Mark may be a merciless, murderous outsider, true. But he is also very charismatic and comes across as shy, awkward, lonely and determined. He is, in essence, not only very human, but also very sympathetic and perhaps the empathy they felt for him made them fell very uncomfortable. 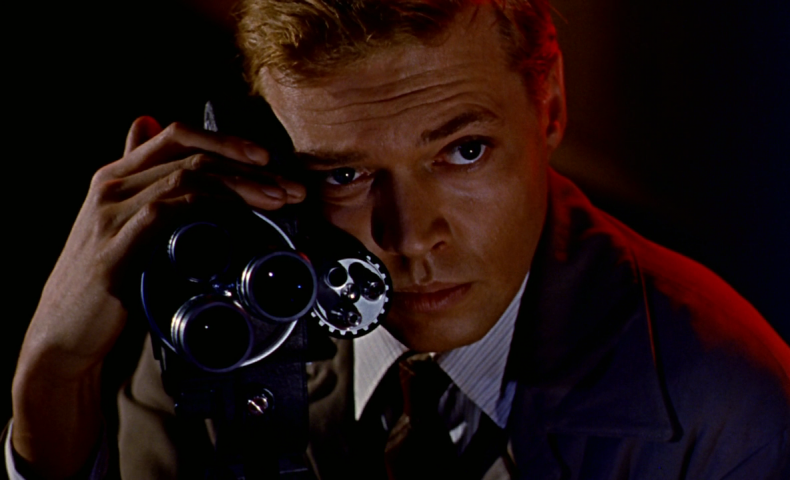 Despite what one might thing about the subject matter, the film is visually gorgeous. Shot in Eastmancolor, the film practically vomits a veritable rainbow of rich, luscious goodness. This is the part of the film that most reminds me of the director’s other work, the Red Shoes. The subjects may be polar opposites, but the visuals are stunning non-the-less and contrast beautifully with the darker focus of the film. Hell, they even look good when the film is visually trying to be dark. 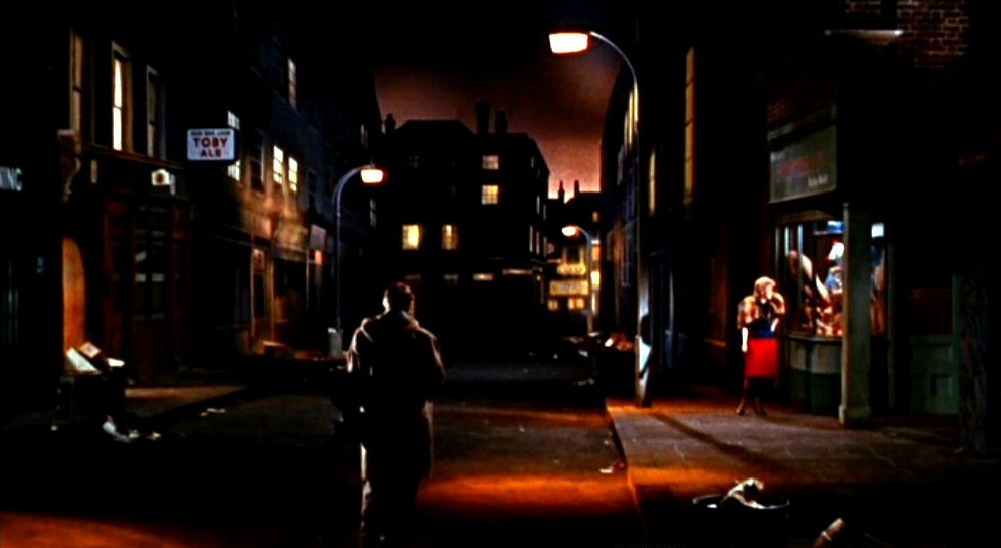 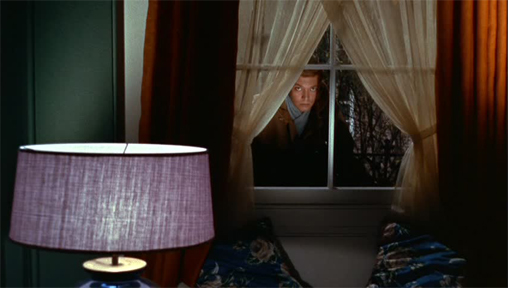 Peeping Tom is a beautiful, honest and disturbing film about one troubled mans unstoppable impulses. It deals with themes related to the film industry, as well as more Freudian ideas thanks to Mark’s problematic relationship with his sadistic father. It’s visually striking and, despite its initial lambasting, it handles the sensitive themes it covers with a sense of grace and style. It’s a definite recommendation, especially to those who like their horror to be a little more thought provoking and a little more colorful.

An interesting note: Powell and Hitchcock were good friends for over 40 years. Both Peeping Tom and Psycho were released in the same year and both suffered the same initial moral outrage as Powell’s film did. But when Peeping Tom came out first, Hitchcock learned from Powell’s misfortune. After Peeping Tom debut three months earlier, Hitchcock cancelled all of Psycho’s press screenings, which let audiences see the film before the reviews got out. To say his tactics were successful would be an understatement. Psycho was a hugely popular hit and, eventually, the critics came around. One wonders what would have happened had the positions been reversed.

Peeping Tom is free to watch on Tubi TV. It is also available on Google, Youtube and iTunes. 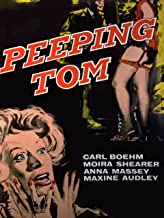 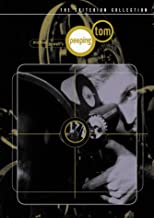 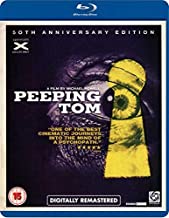