Devoted housewife Leslie is the unappreciated spouse of her husband, Howard. She tries to do nice things for him and does her best to get his attention. But all her efforts are ignored in favor of sleep or a football game. Her daughter, Jennifer, can see her mom’s frustration with her oblivious father, and tries to make her mother feel more appreciated. But it turns out someone has already beat her to the proverbial punch, as Leslie has caught the eye of dapper pet shop owner, Harry. Leslie’s so lonely that it doesn’t take more than an afternoon of wooing for Harry to get her to forget all about her husband…until he takes a nibble out of her big toe.

Now Leslie is quickly beginning to go through some very bizarre physical changes and it doesn’t take long for her daughter to figure out what’s going on. The only problem is, Jennifer doesn’t know how to fix this burgeoning problem. She just knows that if she can’t find a way to reverse the changes she’s seeing in her mother by the end of the next full moon, it’ll be too late.

Judging by all the acid wash, figuring out something as complicated as a werewolf cure may be beyond their capabilities.

Surprise, surprise. Yes, every once in a while even I get tired of all the blood and guts in horror movies and need to cleanse my horror palette with something a little more lighthearted. Enter My Mom’s a Werewolf, a movie that I had never heard of before, but popped up in my weekly search with a description and poster that looked and sounded campy as all hell. After finishing it, I feel confident saying that it exceeded my expectations.

It helped that in less than 5 minutes it was clear that they were pandering directly to me. A+

Given the film’s title and that poster, no one should go into this film expecting anything even remotely serious. This is the type of movie that fully knows it’s ridiculous and cheesy. Then again, this is a film that was clearly aimed at a younger audience, so that’s not necessarily unexpected. It’s filled with snarky dialogue, extremely quirky, semi-self aware characters, and a plethora of corney sight gags. But the humor also ranges from juvenile to just below high-brow to slightly obscure. So there’s a little bit of everything here for people to enjoy. It doesn’t fall into those later categories too much, but the fact that it at least made an attempt to appeal to older viewers is a nice plus.

Then again, some people these days probably wouldn’t want the audience viewing this to be too young. There’s a surprising amount of swearing in the film, as well as a bit of content that some would view on the tame end of risque. I only mention it because it was actually more than I expected from a film that was only supposed to be rated PG and I was a little surprised. Sure, the film’s from the 80s, but the movie was released in 1989, and the PG-13 designation had already been out for a couple years. I can only assume that the film is so corny that the people at the MPAA glossed over all the cussing, mom’s side boob, toe sucking and the nosey BDSM neighbors.

And this is her conservative nightwear.

Yes, that is John Saxton sucking a toe, ladies and gentlemen. I know you’ve always wanted that in your life.

For a film clearly made on the smaller end of the budget scale, the film looked pretty damn good, all things considered. I mean, it’s clearly not cheap, but it’s also obvious it wasn’t heavily financed either. While the fully transformed werewolf moments will have you thinking ‘wow, what a meteocure mask,’ the moments where you can see Leslie slowly changing into a werewolf weren’t too bad. In fact, they were actually pretty good. The effects used may have been simple due to the budget (a pair of fangs, pointy ears, some hair growing where it hadn’t before…), but I think the subtlety helped the believability of the transformation rather than hindered it.

On the other hand, it looks like they also shot a lot of stuff ‘on-site,’ and that can get kinda pricey. Which means they had to save money elsewhere, and that means that some of the other set pieces wind up looking rather cheap. So you gotta take the good with the bad. 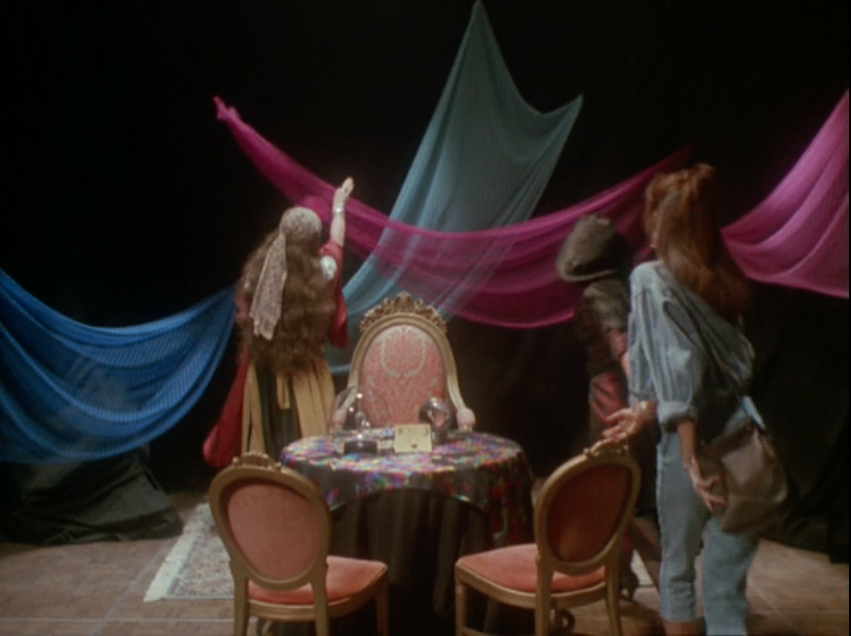 You know they’re pinching pennies when the cast hasn’t even finished decorating the set and they start the scene anyway.

For me, I think what made the film was the generous amount of quirky characters. A good chunk of the movie is just following Leslie while she tries to go about her day and figure out what’s happening to her. Along the way we meet a lot of kooky townsfolk, including a couple that immediately peg her for a werewolf, a hairdresser that wants to turn her into the prettiest licenthrope in town, and a suspiciously sexualized dentist who is just a little too excited to see her new canines.

You know, when a dentist looks at your teeth like that it’s time to think about going with the other options covered by your insurance.

“I call it “Wolverine Chic.”” That’s great, hon, but I actually thought you were going to make me LESS furry.

And that’s just some of the side characters. The main cast is just as odd. Leslie and her husband are basically the poster children for oblivious and naive parents. Jennifer staunchly tries to remain the lucid, reasonable one during the whole mind boink that is this film, but she’s also the first one to jump onto the ‘holyshitshe’sawerewolf’ bandwagon. Amazingly, Jennifer’s obnoxiously obsessed friend, Stacy, ends up being the lone voice of reason. Stacy is basically the audience’s stand-in for themselves. When we first meet her she’s fangirling over a bunch of horror magazines at some sort of horror convention. She spends most of the movie expounding over horror-related items she’s read in her magazine, or gushing about obscure movies (be still my heart.) Yet she is not, as the audience is clearly led to believe, the first person to come to Jennifer’s aid. In fact, when Jennifer comes to her knowledgeable friend for help, Stacy tries to talk some sense into her and reminds her that all that horror stuff isn’t real. She may be into it, but she knows the difference between mindless fun and reality, damn it. It’s one of the few moments of levity the film actually has.

Of course, then she does realize what’s going on, and she immediately drops what she’s doing to help her friend put together her “Wolf/Harry-Killin’ Gear.” Cause she’s a trooper like that. 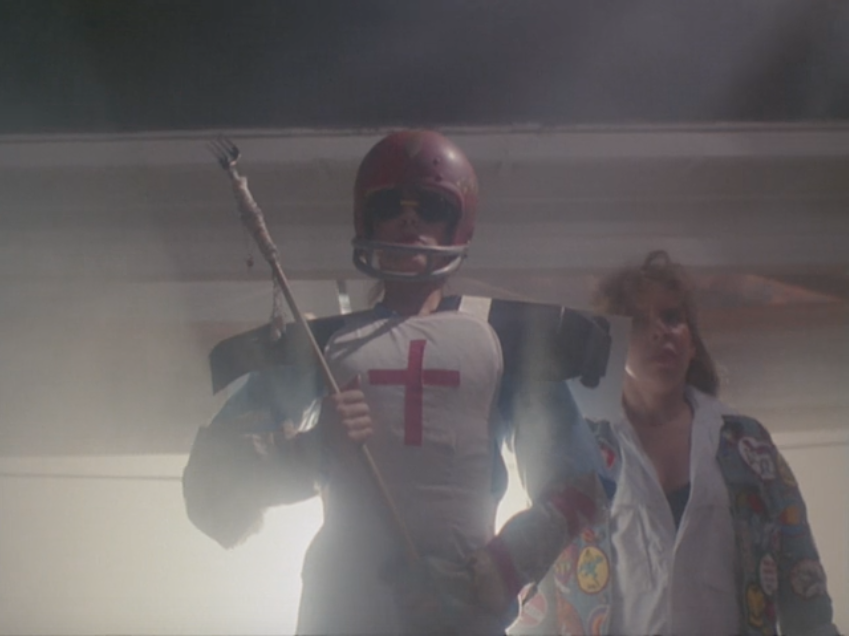 Say what you want about Jennifer, but that girl REALLY loves her mama.

The biggest downside the film has is it irreverence to established werewolf lore. For instance, at one point we learn that Harry can pull off some sort of hypnosis by looking at people. When he pulls the stunt on Jennifer, Stacy, being the horror junky she is, immediately knows this and explains it to the audience (his hypnosis doesn’t seem to work on her, however. The two-for-one option must be in beta.) Which is good, ‘cause up until that point I’d never heard of werewolves pulling off that little trick. In fact, I’m pretty sure they can’t. I’m almost certain that, beyond this single movie, that little skill is exclusively a vampire thing. Though it does explain the weird decor the filmmakers tried to pull off for Harry’s lair, which looks like the tasteless love child of Dracula’s den and the Swamp Thing’s…well, swamp. 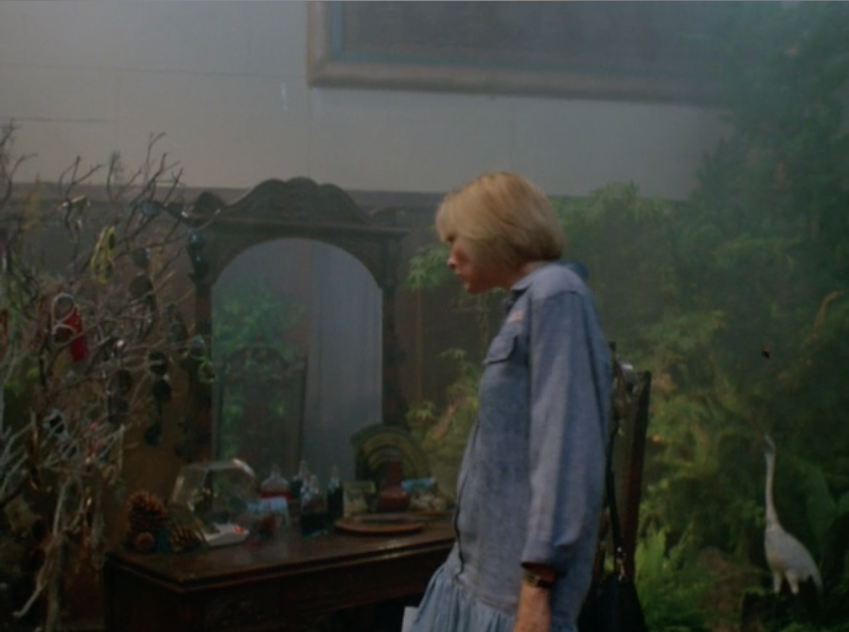 All that humidity cannot be good for that things varnish 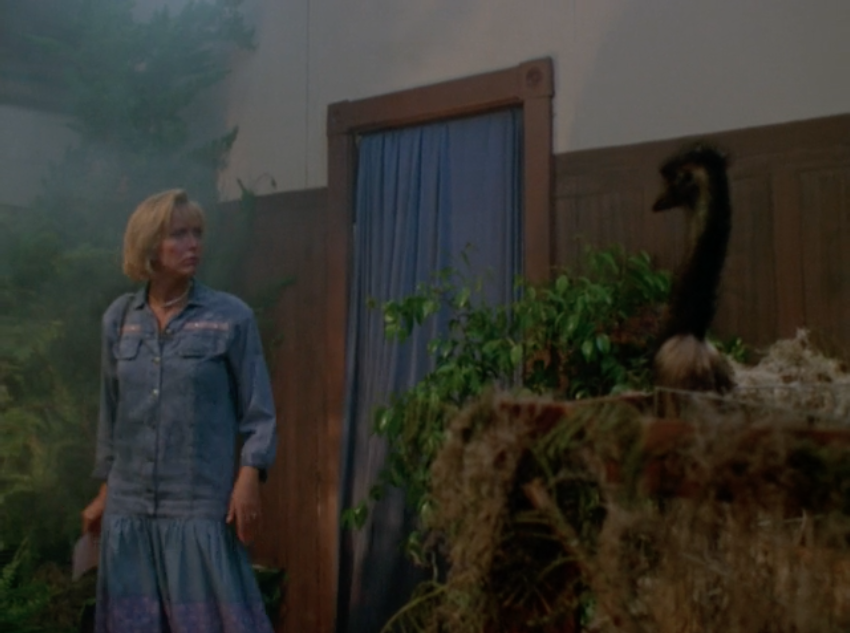 Also he owns an Emu…apparently. Maybe he’s saving it for a snack later. I dunno.

So is My Mom’s a Werewolf any good? Depends on your taste. If you like campy horror comedies in the same vein as, say, Ernest Scared Stupid, than this film is going to be right up your alley. It’s dumb, but it knows it’s dumb. People are over acting and ridiculous, but they’re meant to be overacting and ridiculous. It’s not a fluke, it’s a feature and the cast nailed it perfectly. Sure, some of the comedy falls flat, but I found myself chuckling several times, and it wasn’t just because parts of the movie were so bad I found them hilarious (though there were several of those, too.) It’s obviously not going to be for everyone. But if you like your horror movies with a healthy helping of corny cheesiness, and an extra-large side of 80s flair, then you might find My Mom’s a Werewolf entertaining. But if you’re looking for scares, any level of seriousness, or are a stickler for established lore, then you’ll probably want to look elsewhere.

My Mom’s a Werewolf is currently streaming on Amazon. 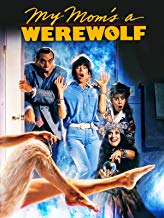 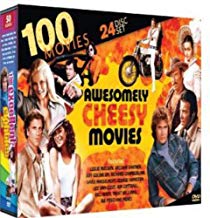