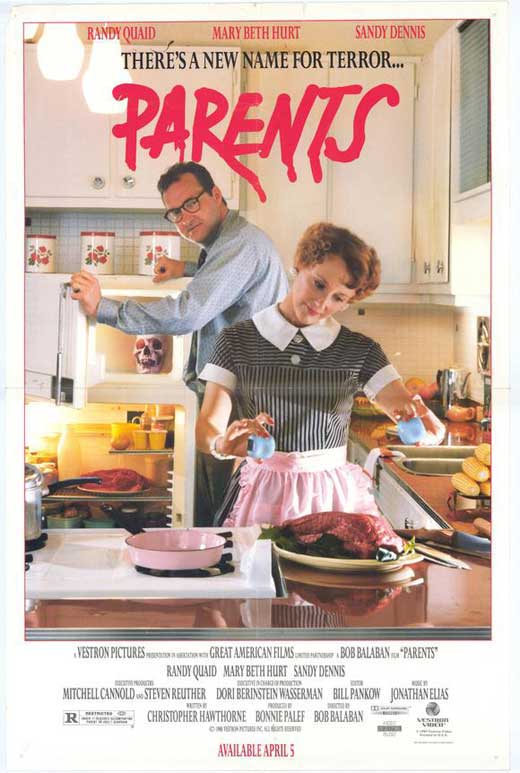 Parents is an American/Canadian horror-comedy from 1989. It’s protagonist, Michael Laemle, is a bit of an odd child. But perhaps that’s to be expected. He’s an awkward, naive ten-year-old growing up in the 1950’s and his parents have just uprooted him from his home in Massachusetts. It’s really not all that surprising that he might have lost his appetite and be a little withdrawn. But Michael is also having very strange dreams and all the knowing looks his parents keep giving one another are making him increasingly suspicious that the seemingly perfect couple are hiding something very sinister from him.

And they had such kind, trusting faces.

Ah, the 1950’s. It was a more innocent, simpler, stupider time, when people pretended to fit into the perfect little cookie-cutter molds society had set out for them. Of course, it was all a load of crap and everyone has their secrets, but I assume that people from the actual 1950’s did a better job of playing house than the actual parents from Parents did.

From the start you can tell that something just isn’t quite right…with anyone in the Laemie household. Mom is just a little too perfect for her own good, yet she creeps around half the time with a distinctive vibe of ‘Imma hiding something’ practically permeating off like a cloud of smoke. She plans these huge, grandiose meals, which isn’t surprising considering the time, but the sheer amount of meat she adds to everything seems strange even to my carnivorous ass. Dad meanwhile, puts on a big smile, but you can tell that he’s not nearly as interested as he pretends to be. He initially comes across as a nerdy father who’s just trying to connect to his son, but he does it in such a way that you know that there’s just something not quite right with the man. And Michael…well, at first you can’t tell if Michael is just seriously withdrawn or if he would highly benefit from some sort of Special Ed class. He seems perfectly willing to believe his classmate’s tall-tale about her living on the moon, but by the time the movie is over you realize that everyone has sorely underestimated this kid. That was your first mistake.

Then there’s the school social worker, an older, mellow woman who looks like she’s about 10 years ahead of the hippie fad. She’s odd, she’s quirky, but, most importantly, she doesn’t seem to really care what others think about her. She tells Michael she cares and wants to help him, and when we hear her talking about him behind closed doors she repeats the same sentiments. In other words, she’s the only genuine person in the whole damn film, and is thusly immune to the ‘hiding something’ pattern that plagues everyone else in the movie, Michael included. This means that she turns out to be the only adult Michael feels he can trust. It’s just a shame her concern comes back to inevitably bite her in the ass. 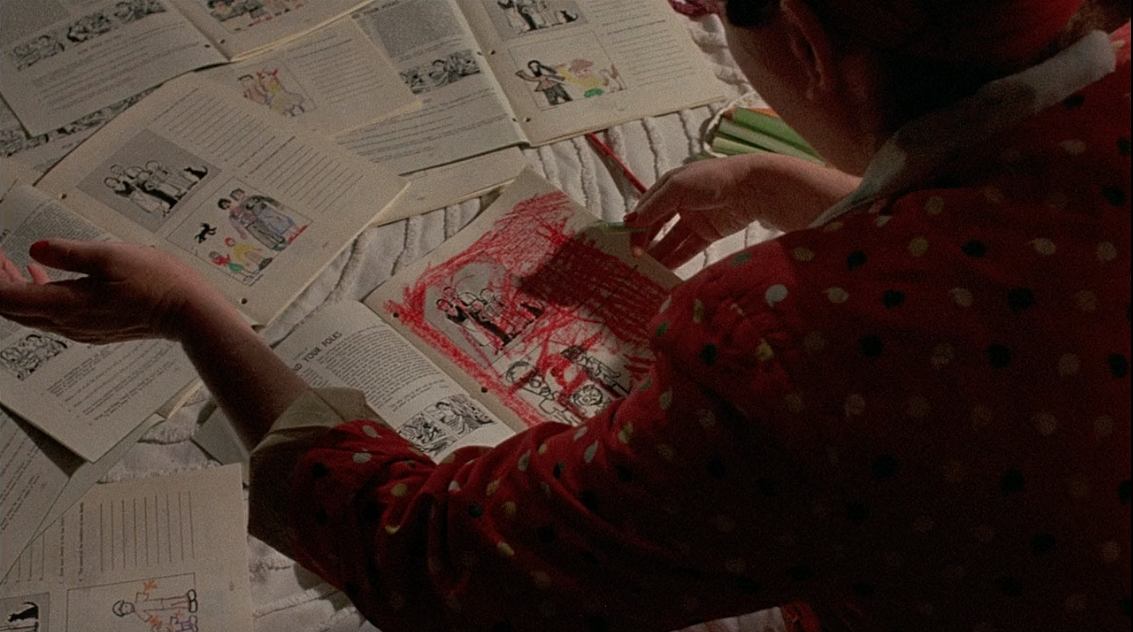 But to be fair, I’d have been super concerned too.

One of the things I really liked about the film was how it focused on Michael and his point of view. It makes the movie less a visceral horror and more of a psychological drama, because here’s this backdrop of the 1950s All American Dream, yet we’re seeing everything from the perspective of this slightly odd, clearly disturbed ten-year-old who’s suffering from nightmares. So you’re never sure whether what you’re seeing is the result of a a childs overactive imagination, a disturbing dream, or some form of reality. Or hell, it could even be some sort of combo, who knows. Parts of the movie feels very David Lynch-ian, what with all the dream sequences and surreal imagery. Hell, at one point Michael is seemingly attacked by huge, snake-like sausage rolls and I wasn’t sure what the hell was going on anymore. 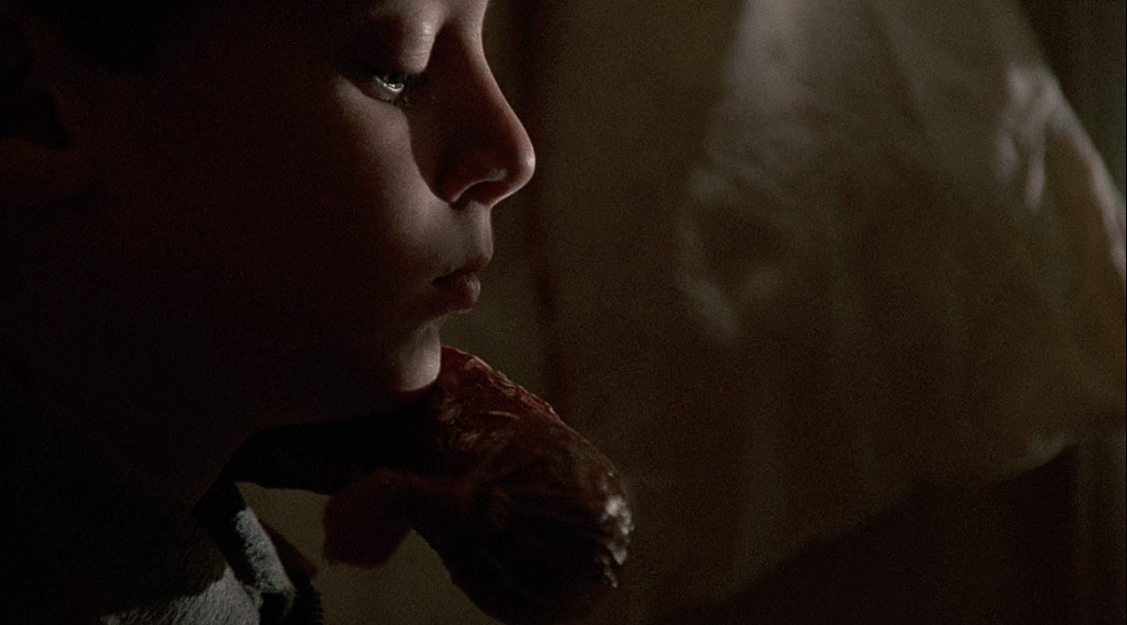 God, I hope this isn’t supposed to be a metaphor for something other than his distaste for meat.

If you’re looking for gore and violence you’re going to have to wait a while and even then you’re not going to find too much of it here. There is some implied violence early in the film, what with the dreams and the abundance of meat preparation, but if you’re looking for all the truly bloody bits those don’t show up until the third act. But by then you’ve gone through so much psychological horror and surreal imagery that it almost doesn’t feel real when something finally happens. Perhaps that is intentional.

The acting in this movie is pretty stellar. Randy Quaid is a wonderfully sinister father. He does an excellent job as a guy trying for the ‘perfect father’ image he wants the world to see, but who still can’t quite pull it off. And as the movie progresses he quickly goes from awkward, to becoming bullying and abusive to his son when things don’t go his way or Michael doesn’t live up to that All American Dream image he has in his head. Say what you want about Quaid, but he pulls off the A-Class creeper role perfectly. Mary Beth Hurt, meanwhile, is like the perfect embodiment of a 50’s housewife. You could have shoved a woman from Stepford Wives in there and she couldn’t have done a better job. She’s got just enough edge in her constant pep to come off as creepy, yet there’s also a hint of sadness there as she tries to keep everything from falling apart around her. And Sandy Dennis does wonderfully as the school counselor. I guess every movie like this needs a Dr. Loomis type and Dennis fills the role admirably. Except she does it with 100% more compassion while also being 1000% less creepy. So I’d argue she actually does a better job.

Although at this point I’m sure she wishes she’d at least considered that gun license.

The one chink in the armour is Bryan Mardorsky as Michael, which I honestly hate to say. The boy is perfectly morose and neurotic. He is a gloriously silent, bleak blight to his parents attempt at picture perfect, and his big, puppy-dog eyes are the perfect window in which to view the smiling faces of his psycho caretakers. Unfortunately, when he spoke he mumbled damn near about every line he had and I had to strain to understand him. I get it, movie, he’s withdrawn. But I still need to be able to understand what the hell he’s saying.

To be fair, part of the fault for that may lie with the director and company, but it was still annoying as hell. 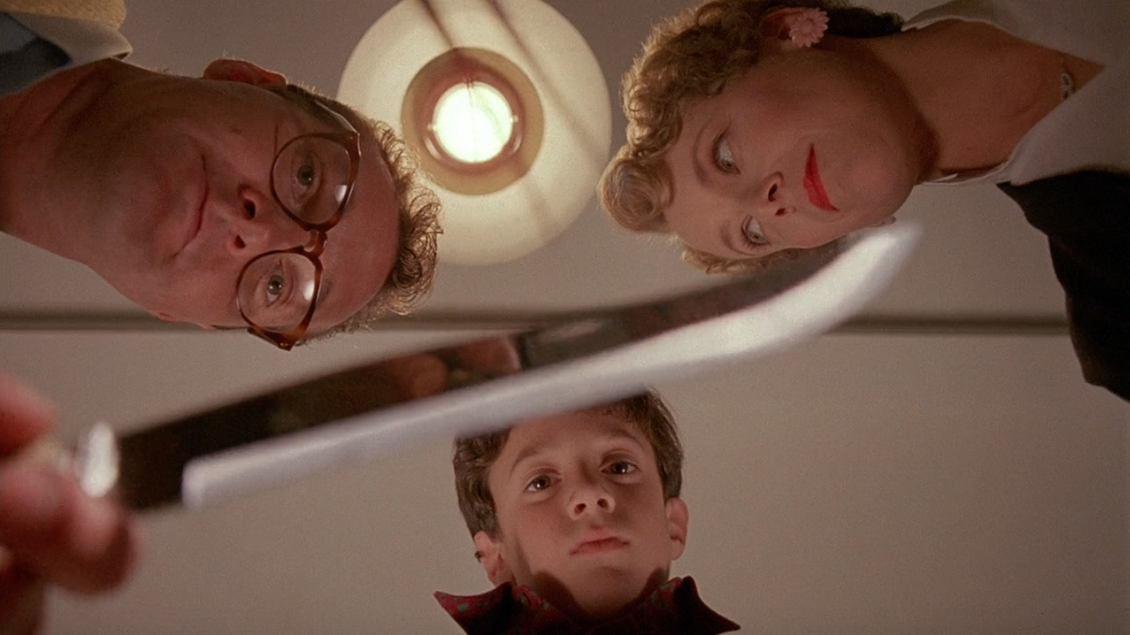 If you’re wondering about the comedy portion of Parents….well, it’s kind of there. There isn’t anything here that I would consider laugh-out-loud funny. I also wouldn’t consider it a dark comedy, either. Most of the humor comes from the sick and twisted imagery and the irony of the picturesque setting and subject matter. In other words, it’s more amusing than out-right humorous, which may color one’s enjoyment of the film. 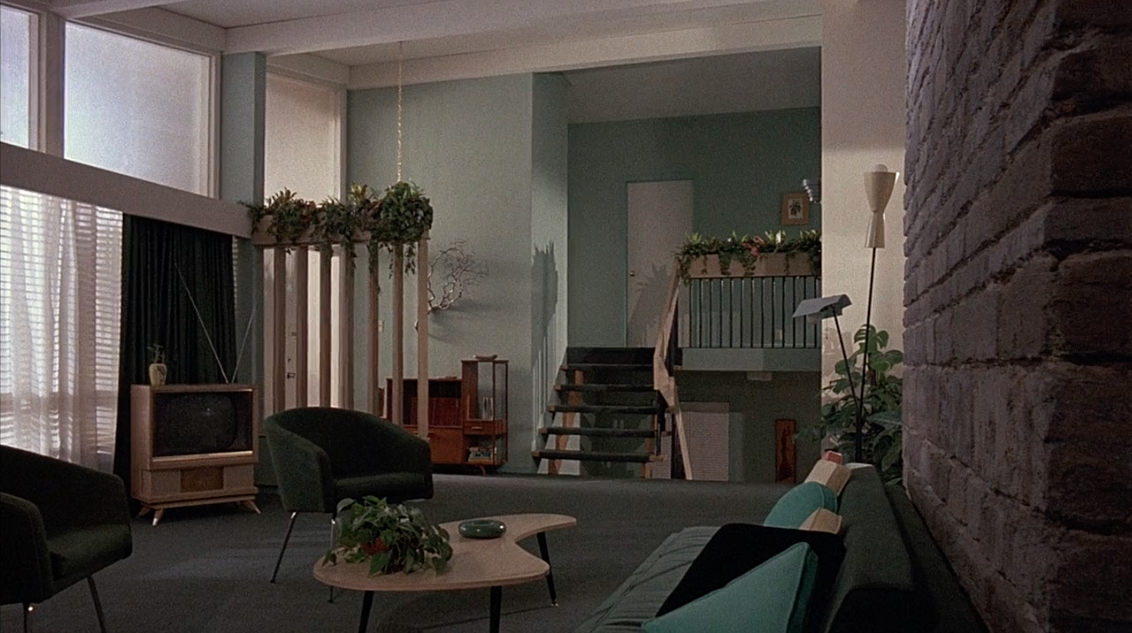 You should all enjoy the color scheme, however. Cause this retro shit is dope.

So, what did I think about Parents? Well, it’s certainly unique…different….Okay, it’s kind of odd. I love the setting and the contrast it creates when compared to the horrors that lie within that unassuming little house (I also kinda want that house.) I really liked the characters. Yes, even the one I couldn’t always understand. They were complex and compelling and fun to watch. I also really liked a lot of the surreal imagery and the way it spent intermingling with the rest of the plot. I’m just not sure how well everything fit together. It’s surreal, and sly, and creepy, and kind of campy. It’s almost in its own little sub-genre of horror. Which is cool, I can see now how it became a cult classic. But I can also see how this mish-mash may limit its appeal to others. I personally found it to be pretty fun.

So, if you like quirky horror movies then give Parents a try. But if you’re not the slow-burn, psychological horror type you might want to give it a second thought.

It’s also been released on DVD and Bluray.