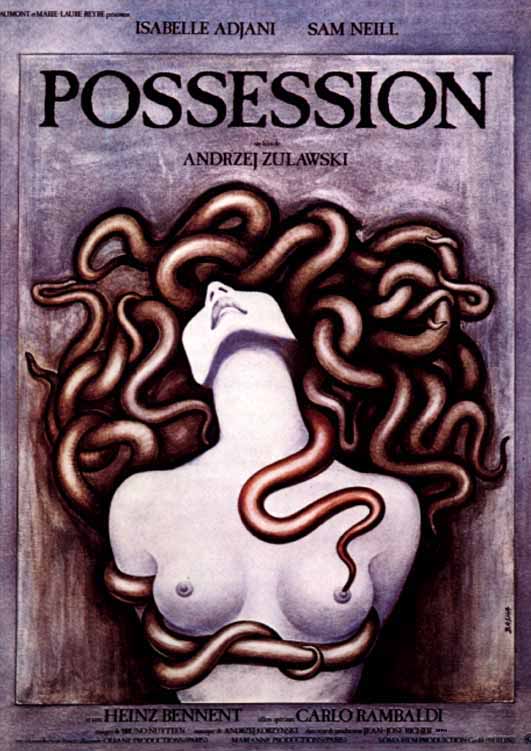 I’m honestly not sure where to begin. When TCM aired this I wasn’t sure what to think of it. Honestly, I was sort of surprised TCM showed it at all. It has some rather, shall we say, interesting imagery. Going by the title I thought it was going to be a ghost story. What I got instead was not even close.

Possession is a story about two sparring spouses who take everything to the freaking edge. Mark comes home from a business trip (we’re never really told what he does, just that it involves long overseas trips), back to Cold War Berlin, only to find that his lovely wife, Anna, wants a divorce. 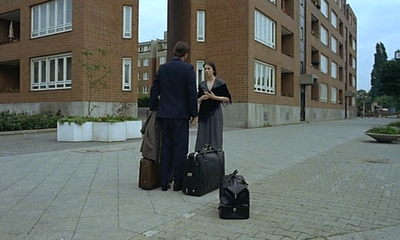 Of course I’m not happy to see you. See, I was sort of
hoping you weren’t coming home.

Mark is made all the more frustrated because she won’t tell him why she wants the divorce and remains purposefully vague about the reasons.

Still, Mark wants to work things out, or at least he does until he has an unsettling explosive outburst in the middle of a restaurant where he ultimately has to be held down by the kitchen staff 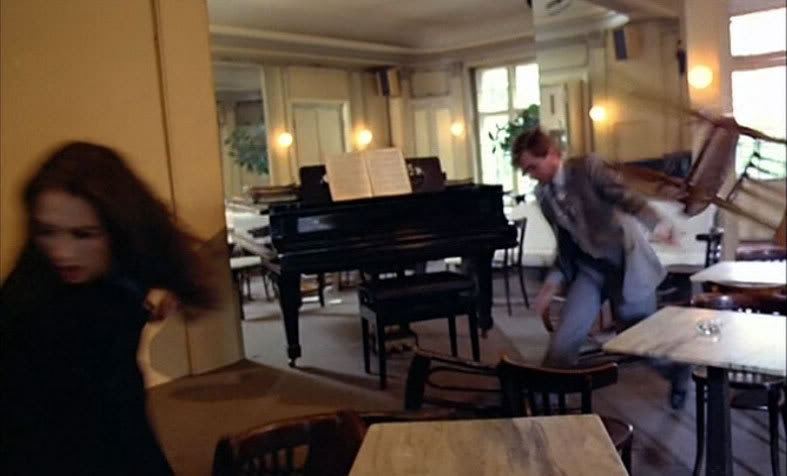 He agrees to Anna’s wishes, giving her the apartment and their son. He doesn’t take it well, obsessively making calls and getting more and more pissed because he doesn’t understand why she won’t answer. 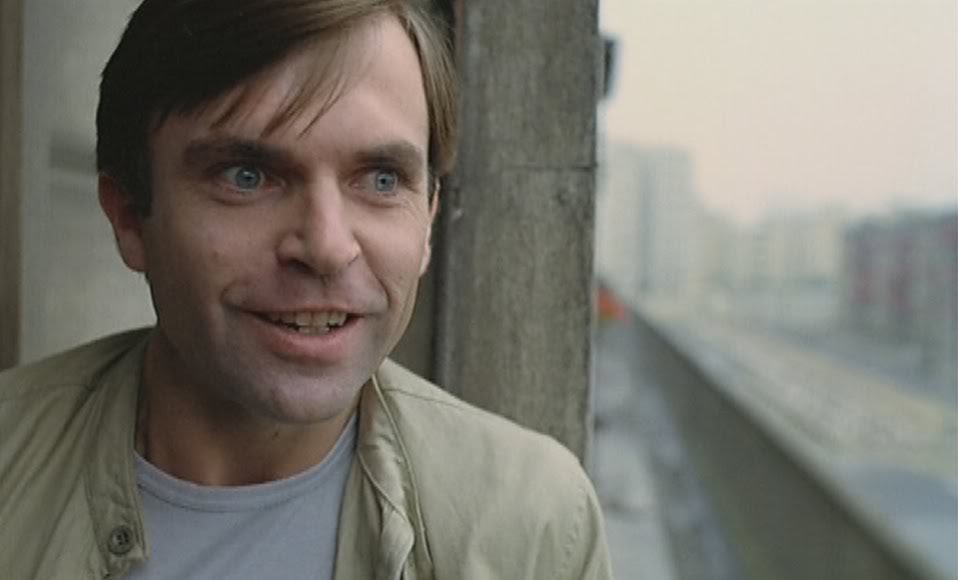 My guess is she saw the crazy eyes and decided to cut her losses.

He finally goes to visit her, only to find their son alone and unkempt and Anna no where to be found. When she returns he insists on staying to take care of their son. You’d think this would be a good thing, you know? More time to talk and work things out.

These people’s idea of talking is throwing conniptions so violent that you’ll start to worry about the state of their sanity and their lumbar support. Over The Top doesn’t even begin to describe their talks. All of their talks usually end up with one or more of them either totally losing it or bleeding. 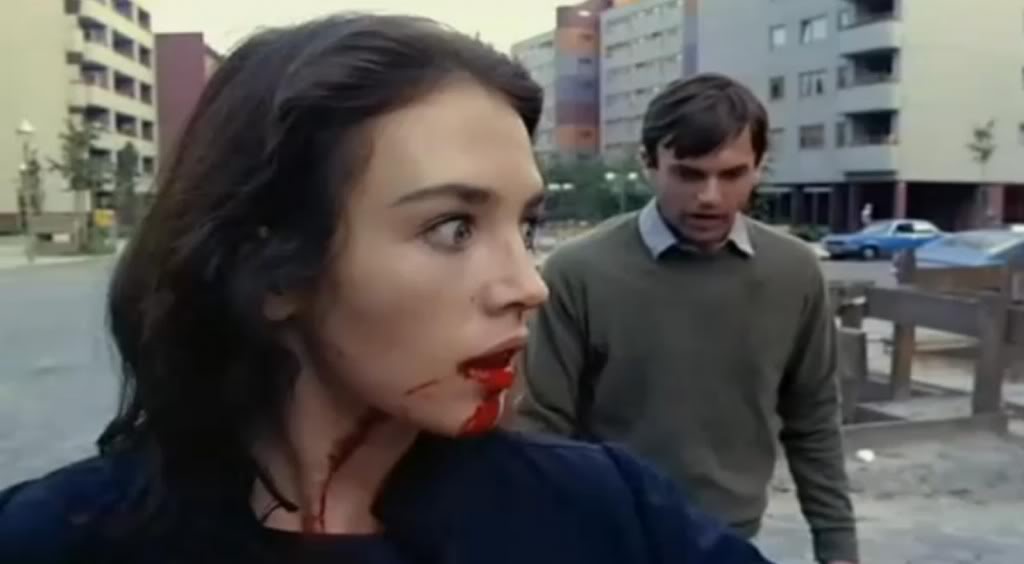 Gee, what could have given her that bloody mouth?

Round about the time wifey disappears again, Mark learns she has a boyfriend, an incredibly douchy fellow named Heinrich (he’s sort of like a more clothed Voldo and Lector rolled into one. It’s very unsettling).

Really, it’s hard to blame Mark for going over there to try to find her to get her back. If I had just watched Heinrich’s first scene and nothing else I’d want to punch him in the face myself. But Mark’s noble attempt to return his spouse to her rightful abuser backfires horribly when Heinrich kicks his ass in the most effeminate way possible 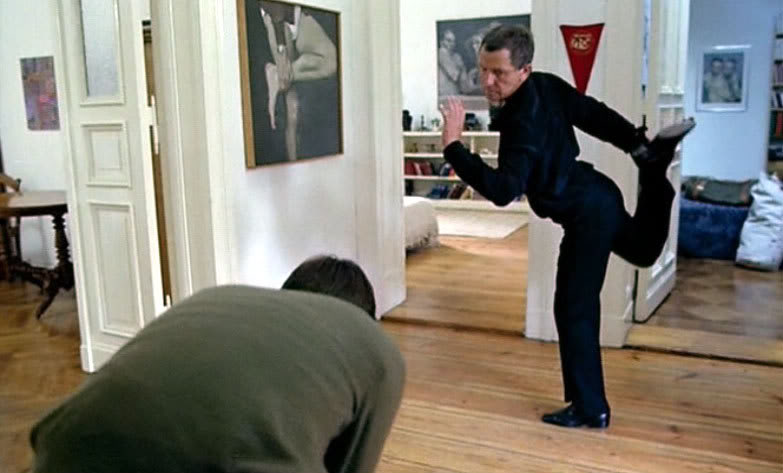 Sadly, he is not stretching. That is his actual “martial arts” pose. I hate Mark, but even I felt a little embarrassed for him.

And to make matters worse, she wasn’t even there. Licking his wounds Mark decided to go a different route and hires a private detective to find out what his wife has really been up too, and it’s at this point that the movie takes such a drastic U-turn that you’ll wonder what the hell just happened. I’m not kidding, when the detective finds her and discovers the real reason for her absence you will literally have the same look of confusion that he does. 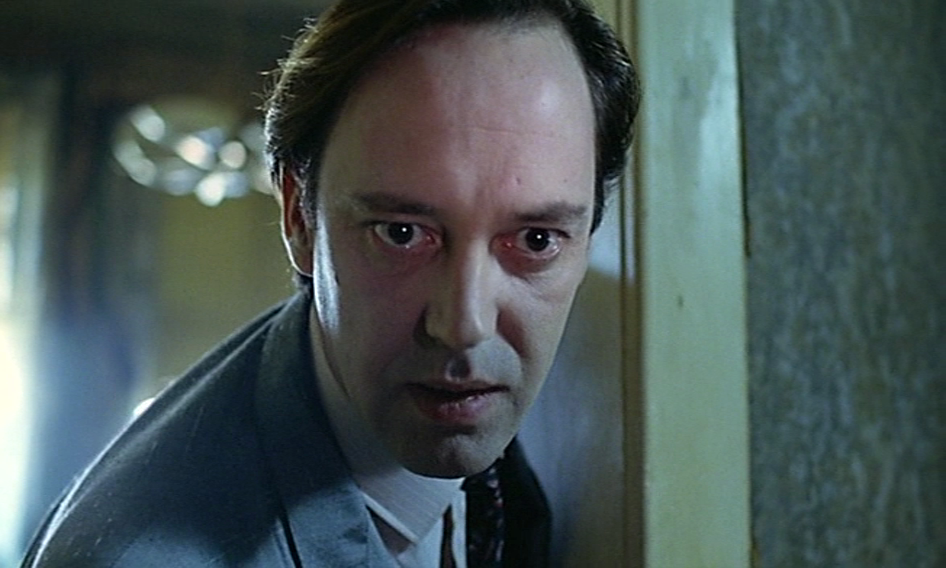 Wha-What the hell is that?

Possesion is curious in that the first half of the film focusses, essentially, on the disintegration of the family. To call it ‘drama’ is an understatement. It’d be more accurate to call it ‘truama.’ In the midst of Mark and Anna’s fights, dialogue is not just delivered, it’s hurled at you like a baseball… followed closely by a big ass brick to the face. They scream, they hit, and they mangle each other and themselves. It’s very intense.

Sam Neill (seen here long before he took up paleontology) plays the insecure husband. His whining and his tendency to rock in every chair he sat down in sort of got on my nerves, but his slow decent into Coo-Coo land was still fascinating to watch.

What was even more fascinating was Isabelle Adjani’s performance. She doesn’t just make Anna look crazy Though, she does do a very good job of it.

she make her unhinged. If everyone in this movie is mad as a hatter, than Anna is their queen. The woman plays crazed wife like nobody’s business. While Sam’s character starts off as relatively sane, Isabelle’s Anna could never be described as such. While Mark may still be blinded by love, the audience can tell right off the bat that the woman ain’t right. There’s just something about her that’s a little off and as the movie progresses you realize that that’s just a careful facade to hide the raving madness within. Probably her most memorable scene is where she completely loses her s*&# in an empty subway tunnel. It’s a long, drawn-out scene that personifies her madness and (groceries be damned!) I was completely riveted. 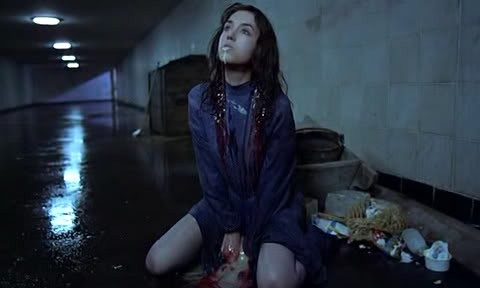 In 1981 the director, Andrzej Zulawski, was in the middle of a very messy divorce. So he funneled all of his anger and energy into this film. It’s a very bizarre combination of drama, thriller, horror, and yes, it’s a bit of an art film. Yup, Possession is chock full of symbolism, some of it was easy to pick out (hello Cold War and religion), but there was so much going on I’m sure I missed a good chunk of it.

Nope. Sorry. You blinked. I can’t help you now, my child.

Part of the reason for that (other than I’m quite dense) is the film’s often frantic camera work. Sometimes the scenes are as shaky and jerky as the actors. This often adds to the many frantic scenes, but it makes it hard to pinpoint things in the background. You often get the feeling that you see something in the background that’s somehow relevant to the scene, only to have the camera jerk away a moment later.

And creepy. Beautiful and Creepy.

This brings me to the second half of the movie. When I said the film does a 180. I mean the film literally does a 180 and really does live up to that horror description I mentioned earlier. Explaining it would give away the twist, and I don’t want to do that. Suffice it to say that whatever it is you think is going on, I guarantee you will be very, very wrong.

When the movie was first released it was heavily edited in the US and the UK deemed it one of their “Video Nasties.” I’m not sure if it’s streaming anywhere, but it has recently gotten a Blu-ray release. Which is nice, because the old DVD copies were getting freakishly expensive.

Possession definitely isn’t going to be for everyone. The mixing of genres may mess a few people up, but if you like a little variety in your movies than you should be good to go. It has been compared to Repulsion and The Brood, so if you liked those movies you’ll probably find it interesting. If you don’t like those, or all the symbolism scares you away (though it’s really not necessary to understand it to get the film) then you’ll probably want to avoid it.