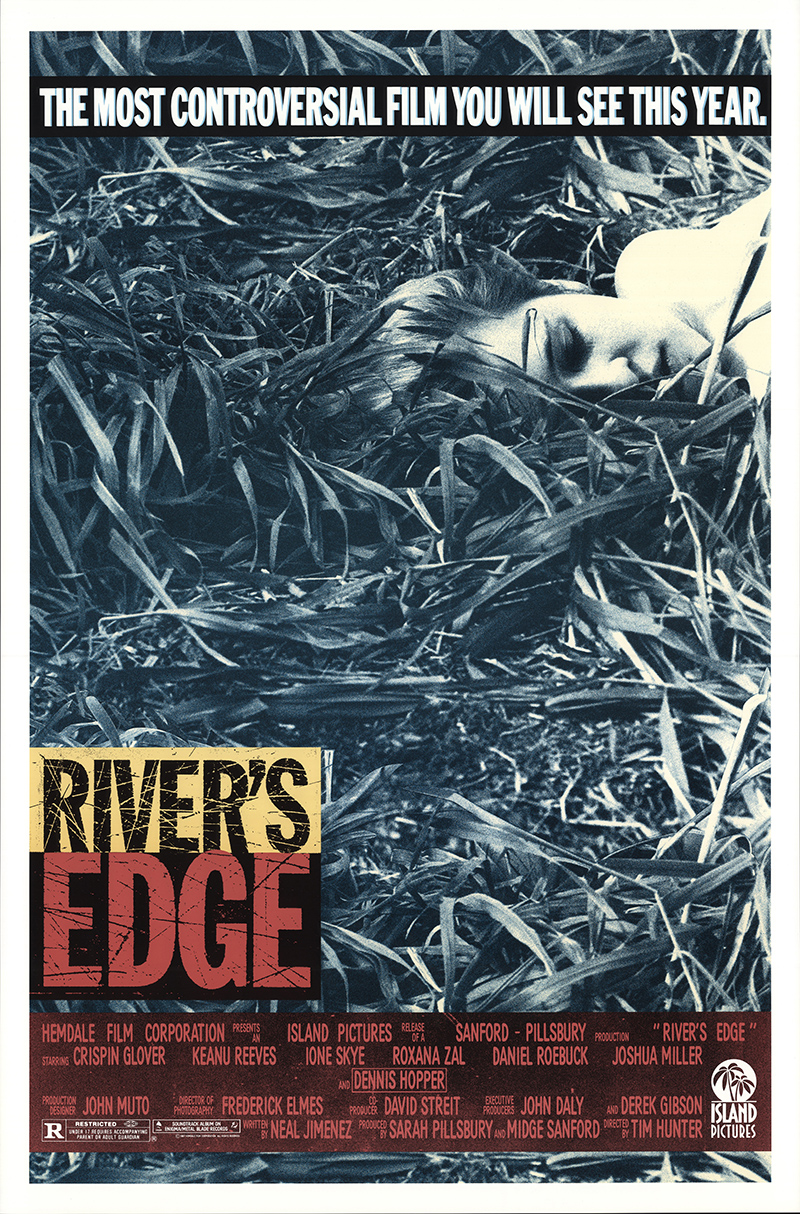 In a small Northern California town, high schooler John has just strangled and killed his girlfriend, Jamie. John is not horrified, ashamed, or even phased by this act. Quite the opposite. He seems almost proud of it, in fact. So proud that he immediately tells his friends what he did and takes them all to the spot by the river to see Jamie’s dead, naked body when they exhibit doubt about his claim. As the initial moments of shock wear off, each of the friends reacts differently. Layne’s response is to try to protect his friend by coming up with a plan to sneak John out of the state as quickly and quietly as possible, while others like Matt are horrified by the discovery and want to go to the police. Yet while everyone around him is wondering what to do, John seems content to just sit back and remain ambivalent to the manic proceedings around him, completely unconcerned by his actions, their consequences, or even the different ways his friends are dealing with the fallout over what he has done. River’s Edge is a 1986 American crime drama directed by Tim Hunter and written by Neal Jimenez. The film is based in part on the real-life murder of Marcy Renee Conrad, a 14-year-old girl who was killed in Milpitas, California by a 16-year-old high school student in 1981. In that case, Marcy’s killer murdered her, transported the body in his truck, and then dumped her remains in a ravine. Similarly to the film, the killer also bragged about his actions, and was unafraid of revealing his crime, showing the body to at least ten of his friends before one of them finally decided to notify the police. The case ended up being so highly publicized that it altered the way criminal courts in California dealt with juvenile defendants.

As for the film, producers Sarah Pillsbury and Midge Sanford, who had just finished up with their last film, the surprise hit Desperately Seeking Susan, brought in Tim Hunter, thanks in part to his work on his directorial debut of Tex, another teenage drama film that had been produced by Walt Disney. Hunter said he was drawn to the project because he claimed to understand the kids in the story, saying he could relate to the kid’s same sense of emotional detachment. He actually said that after reading the screenplay, he “thought it was a comedy.” But unlike other teen films of the 80s, like John Hughes’ own Pretty in Pink or Ferris Bueller’s Day Off, which were all released in the same year, River’s Edge is a much more somber and darker experience. The movie is simultaneously a ‘coming of age’ tale aimed at a very specific subset of American youth, particularly lower-income latchkey kids who feel alienated and apathetic about life because they’re ultimately left to fend for themselves, but the film also partially doubles as a rather familiar cautionary tale about the dangers of drug-use. It’s not as “in your face” as other movies, but it’s still rather prevalent, because just about everybody in this film is either talking about drugs, taking drugs, or actively looking for drugs to take at some point in the film. I think the only characters in the movie who managed to skew those odds away from 100% were the cop, a teacher, and an 8-year-old girl, and most of the teacher’s role revolved around giving a lesson about hippies, so even he’s skirting the edge there. In a weird way, part of the movie sort of reminds me of Reefer Madness, in that it seems very intent on highlighting that most of the characters seem obsessed with weed, and suggesting that it’s to blame for all the evils of the community, while simultaneously ignoring or glossing over all the other mitigating socioeconomic factors at play. So in a way, parts of the film sort of feel like those familiar cautionary movies that pop up once or twice a decade that are meant to bemoan the continued degradation of today’s youth. They have no morals. They don’t care about anything. Yadda, yadda, yadda, I’m sure you’ve seen something like it before. But I will say, in the film’s favor, that the movie doesn’t just focus on the ambivalence of the youth. Because in River’s Edge, the parents, and really most of the adults, end up coming across as just as bad as the kids themselves. So at least the film is an equal opportunity “Everybody Sucks” type of movie. Matt’s mom has three kids, but can’t seem to keep track of the two boys, and her live-in boyfriend is an emotionally abusive prick. Clarissa’s mom hears her leave one night and doesn’t bother to ask where she’s going, or who she’s with, just lets her walk out of the door with two sleeping bags and doesn’t seem to care what happens. And Layne and John’s parents are nowhere to be found. The only parent who seem to care about where their kid goes at night seems to be Tommy’s dad, but that MoFo pulled out a shotgun and fired it through a plate glass window at Layne and Matt when they showed up looking for him, so I don’t even want to know the level of crazy that goes on in that house. The most constant adult in some of these kid’s lives seems to be the one-legged, neurotic, paranoid drug-dealer named Feck, but even he goes around waving his gun at people and telling anyone who’ll listen how he killed his last girlfriend by shooting her in the head. Add in that they all seem to live in a dead-end town and it’s no wonder everyone just wants to spend their time getting high. Everyone in town seems to be crazy and they’re lives kinda suck. I’d want an escape from that too. Thankfully, the film is filled with a wide assortment of young, at the time, up and coming actors and familiar veterans to help keep it somewhat grounded within all the crazy. You’ve got some very early performances by young Ione Skye Leitch, Daniel Roebuck and Keanu Reeves, all a couple of years before each of them landed some of their most well-known roles. But you’ve also got a slightly over-the-top Crispin Glover who, by the way, looks to be having a ball as the almost manic, drugged out Layne, and of course Feck is played by freakin’ Dennis Hopper, so you know the film is going to have some level of competence and crazy involved. All the parts are well acted, and everyone fits their roles perfectly and puts in a strong performance, even the secondary characters and the younger kids, which just helps add to the film’s overall credibility. When the movie was originally released, some individuals likened River’s Edge to a contemporary horror film, and while I wouldn’t go that far in my description, I can see how others might. There may not be any lumbering or witty slashers roaming about, but when you have a movie about a heartless murderer openly walking around with no empathy, no conscious, and openly bragging that he only killed on a whim just so he could see what it felt like, it’s hard to argue that the film doesn’t contain any monsters. Add in a handful of ambivalent teens who don’t seem to care what’s going on, another who blindly wants to help the murderer just because he thinks it’s his only option, and a 12-year-old who’s going around town looking for a gun to kill his older brother with, an it’s not hard to see why so many people found the film so disturbing. Because it is. It’s a film that’s both fascinating and frightening when you’re forced to ponder how these kids ended up being the way they are. And unlike the real-life crime that inspired it, the viewer is never even given any kind of hint of a reason for why the kids did, or didn’t, do what they did. At least the kids in the Conrad case, when asked why they didn’t come forth sooner, gave the excuse of not wanting to get into trouble. In River’s Edge, when the police pose the same question to the lone teen who came forth, all he can say is “I don’t know.” And that’s really the saddest and scariest part of the film. Because you watch these kids sit and wallow in these moral dilemmas, and you can’t help but feel simultaneously horrified by their actions (or lack thereof), because the film DOES make it clear that they all know the difference between right and wrong, but you also feel a little sympathy for them, because it’s also very clear that they’ve likely been given precious little guidance in the ways of the world thanks to their equally criminally indifferent parents. So in a way, the film feels less like a crime drama, and more like a colossal tragedy. Which means the film likely accomplished exactly what it set out to do.

River’s Edge Is available on a variety of streaming services.

River’s Edge Is also available on DVD and Bluray. 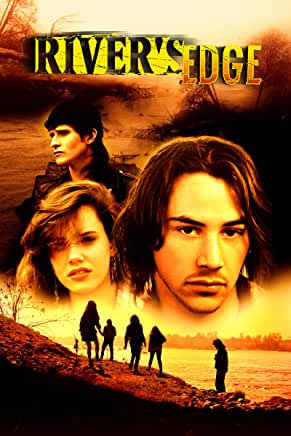 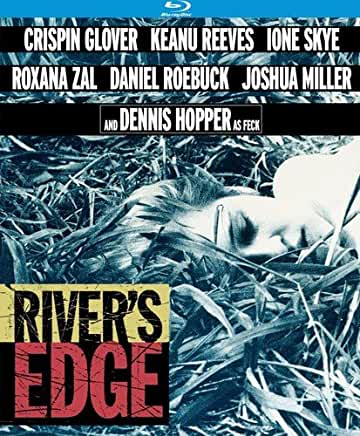