Gingerdead Man 2: Passion of the Crust 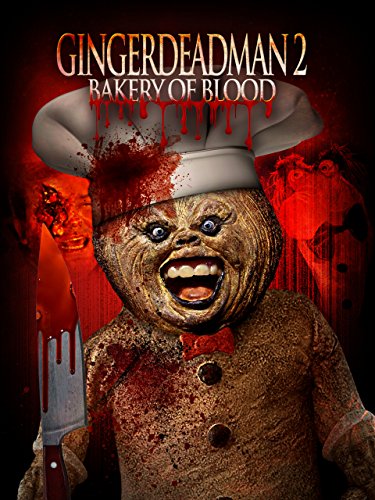 AKA: Gingerdead Man 2: Bakery of Blood

Cheatem Studios has a long, gloriously sordid history of making low-budget cult films. The founder’s son, Kelvin, is trying to create worthy successors to his father’s legacy and keep the studio out of bankruptcy. One of his current projects? Tiny Terrors 9: Purgatory of the Petite, the ninth entry in the studio’s killer puppet franchise. But unfortunately for Kelvin, things aren’t going so hot. His actors are tired from working long hours, the scripts are terrible, the pay sucks (assuming people are getting paid at all), and his puppets keep malfunctioning. But things get a lot worse for Kelvin and the studio, when the Gingerdead Man shows up in a box of baked goods and starts causing mayhem. The sweet cinnamon Cenobite wannabe wants to transfer his expired soul into a human, and he’s found a book of evil spells in the prop room to instruct him just how to do it. How convenient! All he needs are five victims and the blood of a virgin. It shouldn’t be too hard to find that on this God forsaken movie set.

Well I’ll be damned, they not only made a sequel, but they actually managed to make the sequel better. It’s still not good, mind you, this is still a Charles Band/Full Moon Entertainment film after all, but it is a significant improvement from the first time around. It seems that somewhere between the first and second films, Full Moon realized that the too serious tone of the first film didn’t really work. So for the sequel they decided to fully embrace their ridiculous, half-baked premise with full-on self-awareness. And it turns out going 100% quirky was the right way to go when filming a killer cookie movie. Who knew? It’s still a pretty bad movie, don’t get me wrong, but at least this time it looks like they put a little bit of heart into it.

Uh, that might actually be too much heart, guys….

The plot, characters, filming situations and even Cheatem Studios itself (and let us take a quick moment to appreciate the blatant stupidity of that name,) are basically all stand-ins for Full Moon Entertainment. This is essentially Full Moon outright acknowledging how ridiculous it’s plots are, how dumb their characters are, and how cheap their productions look. The ever smiling, bumbling lead is modeled after Band, the ugly puppets are references to the other (many) puppet-related films the studio has produced, there are inside jokes, spoofs, cameos by notable B-list horror actors and directors like Michelle Bauer and Adam Green, and loads of references. This isn’t just Full Moon making fun of itself, but the studio lovingly making fun of it’s area of expertise in general, and doing a fairly good job of it to boot. In short, the film is horribly cheesy, but because the movie (finally) realized who it’s audience was the film ended up being 100% more entertaining than its predecessor. And for that, I am grateful.

The acting is exactly what you would expect from a film that’s making fun of itself. Everybody is a trope and doing their best to act their trope-iest. You’ve got the blond bombshell cougar (who actually refers to herself as a cougar), the dimwitted actor, the frustrated director, the gay stagehand, the well-meaning nurse, the older outraged actor…. if you can think of a filmmaker cliche it’s probably in here and being solidly referenced by their respective actor. They’re all goofy and over-the-top, but appropriately so, given the material.

Even the Gingerdead Man (who this go-around is not portrayed by Gary Busey) fares much better in this film. He still ends up being more of a background character and takes a bit of a backseat to everything else going on in the film, but at least this time he fills out his role of ‘obnoxious murdering imp’ much more solidly. He’s also given about 10-times as much to do and more interesting ways in which to do them, so he not only feels like he fits into the movie better, but is also more fun to watch.

Another surprising improvement? The visuals. No matter which version of the first film I watch online, it always looks like the filmmakers were trying to pull off an HD film, but with SD stock. Edges were blurry, scenes were dark, and everything just looked a bit grainy. When I first started watching the first film, I thought I was watching a bad transfer of an old VHS tape from the 90s, not something from 2005. But with only a 3 year gap between them, the sequel looks leagues better. Everything looks bright and sharp, dark scenes are clear, and they even bothered to add some proper animations to all their puppets. Hell, they even gave the Gingerdead Man a makeover and sprung for an actual space suit that shoots cheesy lightning and lasers at people. I don’t know how familiar you are with them, but let me assure you, for a Full Moon Entertainment film, that’s considered a splurge.

I was pleasantly surprised by Gingerdead Man 2. It’s still not a decent film, but at least this time it’s veering into the “so bad it’s good” territory, which was where I expected it to be from the beginning. The film looks better, it sounds better, the Gingerdead Man actually gets to live up to his corney potential, and it’s story in general is just better thought out. More importantly, it manages to have some actual amusing parts that might very well make you laugh, especially if you’re a fan of cheap movies or movie studios. If you like movies that are full of self-awareness, then you might find something enjoyable here. And if you’re at all interested in the Gingerdead Man films, then I suggest you start here and skip the first one. This is really what the first film should have been, plus the movie conveniently gives you a four-minute recap of the first film, so you won’t be missing anything by moving straight to this. Trust me.

Gingerdead Man 2: Passion of the Crust is available on multiple streaming services, including free on Tubi TV. 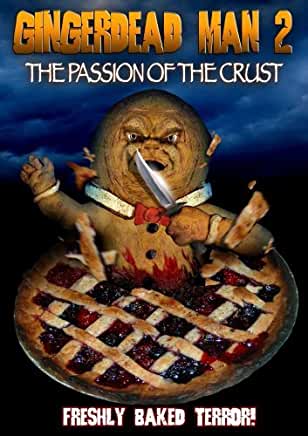