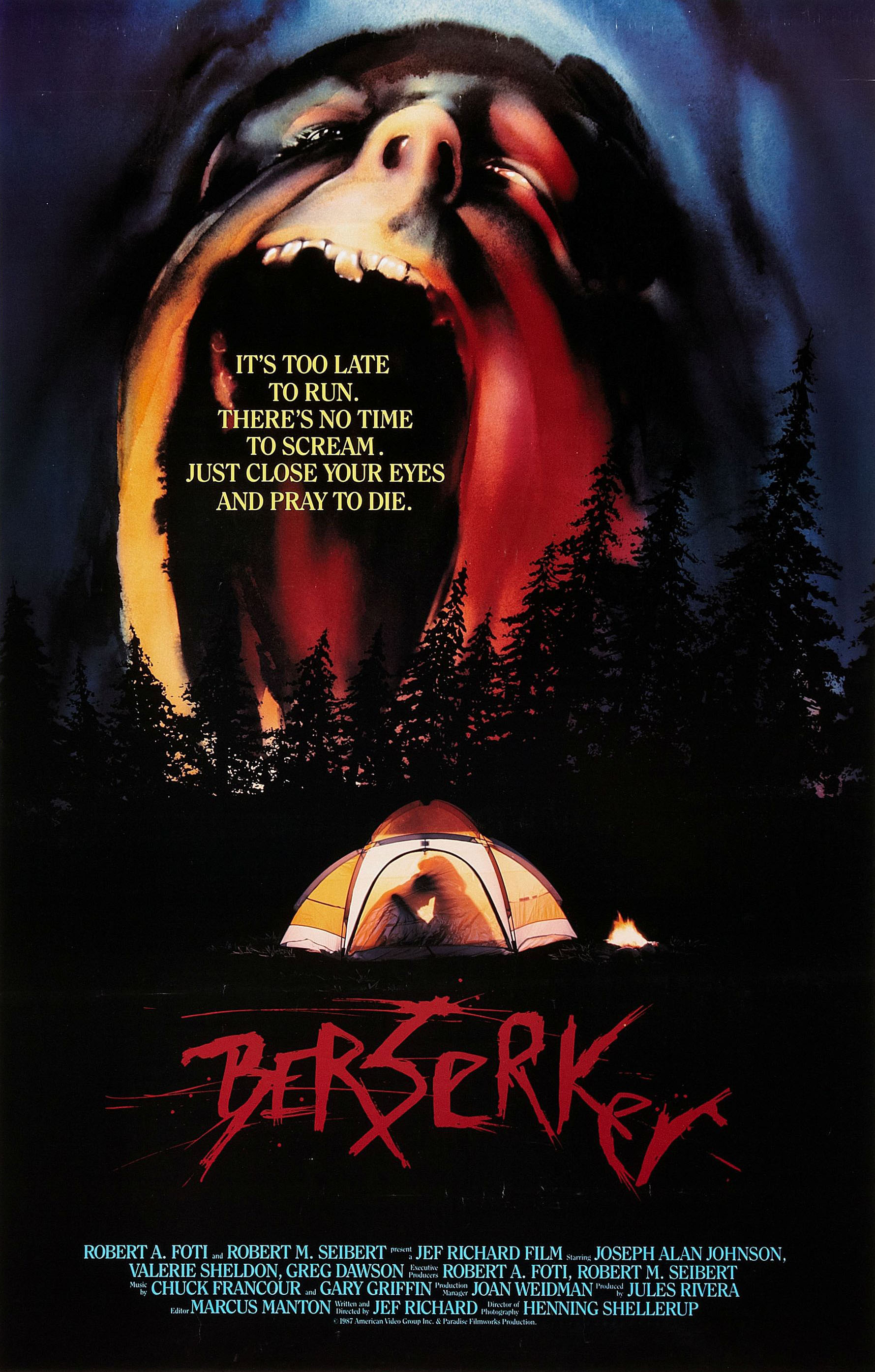 AKA: Berserker: The Nordic Curse

Viking Berserkers were bloodthirsty warriors who would dress up in the skins of powerful animals and, in a trance-like fury, completely overpower their adversaries. It was said that they were so possessed by the spirits of the animals they chose to don, that they would become almost feral, even resorting to eating human flesh in their murderous rages. Legend has it that their rage was so great, that even death could not sooth it, and their murderous spirits were doomed to haunt their descendants, turning them into Berserkers as well.

As far as Josh, Larry, Mike, Kathy, Kristi and Shelly are concerned, stories of old Viking Berserkers are just nice, creepy tales to tell around the campfire. But when the six twenty-somethings head off for a week-long vacation at Josh’s favorite childhood campground in Rainbow Valley, an area that had originally been settled by Norwegian immigrants, they quickly discover that the stories in Larry’s history book have a little more truth in them than any of them had dared to imagine.

After watching The Prey, I figured one backwoods slasher deserves another. But I’m gonna be honest right off the bat, I was kinda disappointed with Berserker. I admit I was pulled in based solely on it’s ridiculous premise, because I just had to know how in the hell the film would explain away how an ancient Viking warrior ended up stalking a group of horny campers in the middle of a forest in Utah. To the film’s credit, they actually did a half-decent job of explaining it (or at least, they did as good a job as could be expected when trying to explain away how a Viking spirit ended up haunting a campground in the American Midwest), and because of that the basis of the film’s premise remains fairly interesting, though I was concerned when the movie’s first scene started off with an older couple arguing over what day of the week it was. But alas, though the movie has a fairly decent beginning, some amusing additions, and a rather unique premise thanks to the addition of some old-world Viking mythology, it’s flaws means it ultimately ends up devolving into your standard backwoods slaughter-fest.

Although, it did knock off a couple of old people, so that’s a nice change of pace.

One of the problems first and foremost is the film’s lame-ass villain. I know, I know. How do you turn a bear-skin wearing maniac possessed by the spirit of their murderous, cannibalistic ancestor into something boring? Well, let me tell you, it is apparently a lot easier than it sounds. Step one: you don’t bother to show your villain until the last 15-minutes of the movie. Step two: when you do show glimmers of your villain before that, you do it via a very fake and cheesy bear paw that looks like it’s been in storage too long. Step three: when you finally have your villain’s climactic reveal, you make him look as lame and unimposing as possible. Step four: you then have your lame-looking Viking spirit get its ass kicked by a real-life grizzly bear, proving that the stories you told earlier about the Berserkers fighting and killing giant predators with their bare hands was nothing but a load of hogwash. Moments of hilariously entertaining bear wrestling aside, all of the rest of that is just absolutely atrocious. The movie builds this guy up as this imposing, vicious, bloodthirsty killer, yet he inexplicably leaves four of the main six characters alive, and when you do finally meet him he immediately gets his ass handed to him by the grizzly bear — who is clearly the unsung star of the film — and then just sort of limps off into the woods to…. Well, die basically. His entire inclusion is completely underwhelming, especially since the movie spends much of it’s runtime implying, via jump-cut and poorly constructed bear paw, that the Grizzly Bear is the one doing all of the stalking and killing, only to get to the end and go “Surprise! It was actually the thing we told you it was all along!” and then give us a guy who looks like a  weakling running around in the woods wrapped in dirty, brown bath mats. After all that build-up they really needed something to knock it out of the park and they couldn’t deliver. Talk about a let down.

The film’s other main drawback? It’s terrible, terrible pacing. The movie starts out fairly strong, with the brutal death of an elderly couple (Gee this “great Viking Warrior” seems to like going after the real big fish, don’t he?). Then we get your standard scenario set-ups and “meet the cast” introductions, so we learn whom to love and who to hate so we can beg the movie to kill certain people off quicker, and the movie gets through most of those standard prerequisites fairly quickly. But after that the movie seriously stalls and falls headfirst into the familiar horror movie pitfall of “lets pad out the movie by forcing our characters to needlessly wander around in the dark.” It gets so bad that I swear a good third of the film involves the main cast wandering around either looking for one another or looking for their cabin because, “herp-a-derp, we’re clueless city folk and we don’t know what we’re doing.” It all starts when one of them has to go to the bathroom and just snowballs from there. I know it’s all just a convenient excuse to get the cast out of the cabin and into the killers line of sight, but their whole case of ‘the wanders’ ends up being all the more egregious, when you realize just how far out the first girl had to have walked into the woods just to take a dump. You’ve got at least two different people screaming bloody murder in the middle of the night and no one seems to be able to hear a damn thing. Not the people left in the cabin, and not even the couple who went out to search for her. I mean, I know we all like a little privacy when we poo, but damn girl, how freakin’ far out did you go?

“I’ve gone over two hills and crossed three rivers. That should be far enough.”

Other than those two major disappointments, the film is actually rather solidly made. Nothing great, mind you, but solid. Most of it is shot in the dark, but everything is lit well enough that the only time you can’t easily tell what’s going on is when there’s an abrupt jump-cut. And while it’s nowhere close to what I would consider ‘artistic’, there is an effort for proper framing and composition. Even the acting is pretty convincing. Some of the younger actors veer off into ‘overenthusiastic theater troop’, but much of the rest of the cast is made of reliable movie veterans. Consummate B-movie actors, John F. Goff and George ‘Buck’ Flower return to the screen together, after the abysmal fate that was Drive-In Massacre. After over a decade both of them look wildly different from the last time I saw them, and it’s good to see that their already adequate acting has continued to improve. Too bad they couldn’t pick a better movie to be in.

Maybe if we look over here we’ll find a better one….

My only real qualm is that the three rock tracks by composer Chuck Francour are not only horribly misplaced in a film like this, but also have some truly bizarre and hilarious lyrics like, “What do you sell at the dime store” and “You know you’re a loser, You know you’re always gonna win” from it’s opening song “King H”, which, when he sings it, sounds more like “kanga-eesh”. Misplaced lyrics and horrible pronunciations?I don’t know about you, but that’s a recipe for some quality driving montage music right there. On second thought, this sucks. Just give me a sec to chuck it out the window.

In the end, Berserker winds up being disappointingly underwhelming. It’s filled to the brim with familiar horror cliches, like dumb pot-smoking kids, sex scenes followed by death, and crotchety law officials. The story is so thin it’s padded out with excessive nighttime wandering and scenes of old men teasing each other about the fact that they’re old. And unfortunately the effects are little more than a cheap bear paw and some smatterings of goopy blood in the form of scratches. Sadly, the film’s one truly interesting concept, and the thing that could have really saved it from a fate of mediocrity, ends up completely and irrevocably botched. We’re strung along with the promise of some sort of bad-ass Viking coming along and slaughtering everyone in some sort of cannibalistic fever frenzy, but the final execution is so laughably bad that it becomes painfully obvious why director Jefferson Richard hid him so long in the first place and tried to make us think that the bear was the bad guy. I guess he subconsciously realized that the damn giant furball (whose name was Bart, by the way) was 1000 times more interesting. Go figure. Thank goodness for the creepy, foggy atmosphere, the half-decent cast and the absolutely ridiculous bear-fighting scene, or I might have felt like I had wasted my time. 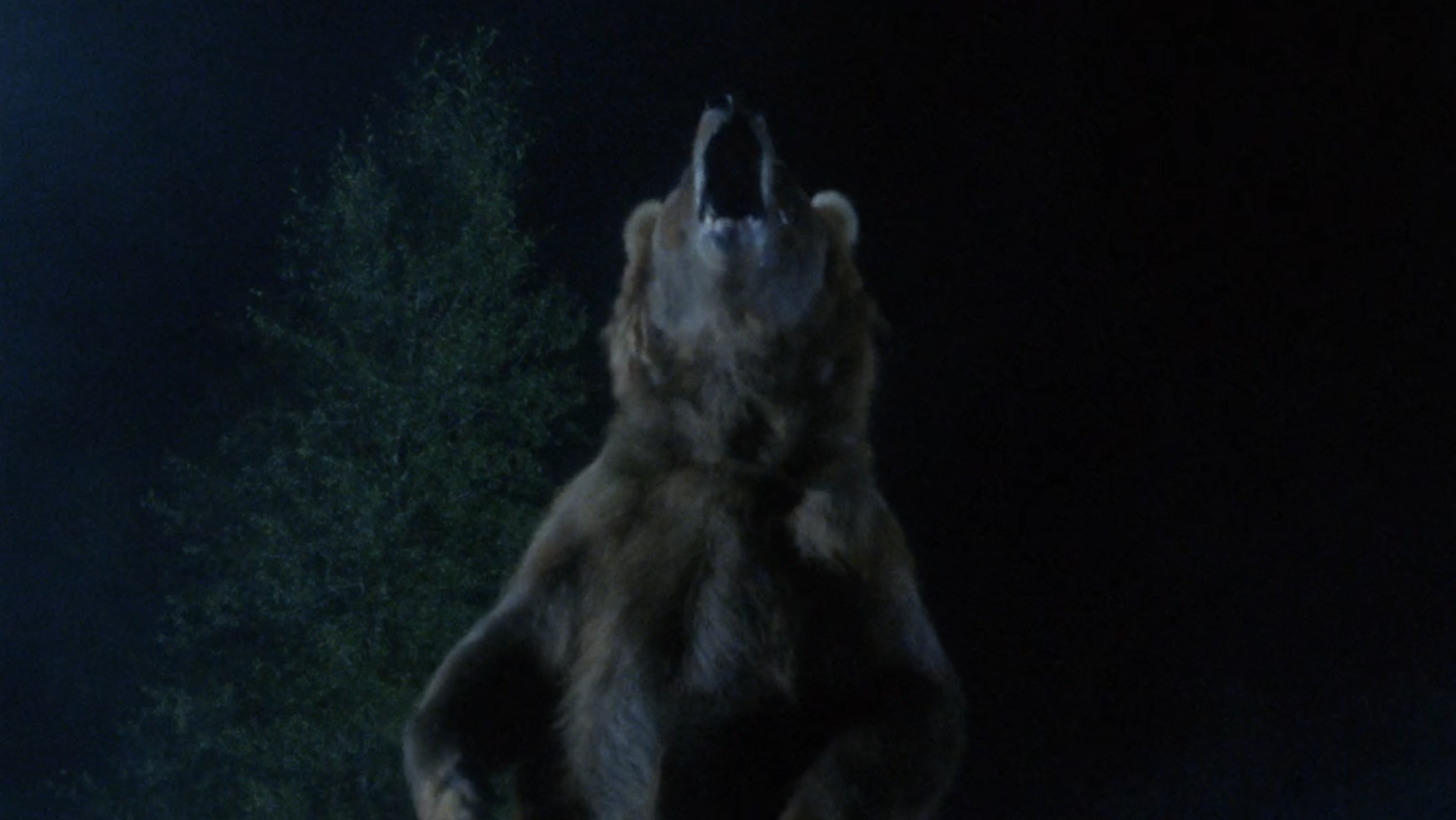 And Bart was cool too, so that was nice.

If you’re a fan of slashers and feel a desperate need to fill out your 80s checklist, then by all means, give this one a go. You’ll probably find it worth it for those last 15-or-so minutes alone. But for everyone else, you’ll probably want to look elsewhere.

Berserker is available on a variety of streaming services, including free on Tubi TV. 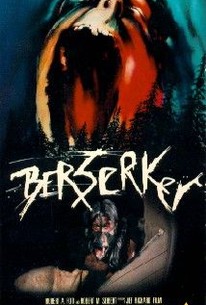 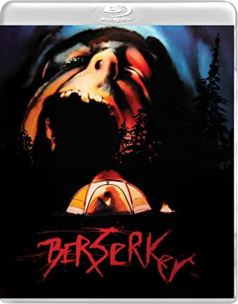