Santi is a lonely kid. He has a rare skin condition that causes him severe physical pain and sores if he’s exposed to too much sunlight. To try to give him a more normal life, Santi’s mother moves out of the city and relocates the family to an isolated village in the Spanish mountains that gets very little direct sunlight. Santi thinks this is the beginning of a promising new start. But not long after arriving, one of Santi’s classmates is brutally killed by some unknown force while Santi and another younger classmate are out in the woods. The highly suspicious locals immediately turn their sights on Santi, and the pressure only gets worse when another villager winds up dead. But while the village sets it’s suspicions on Santi, Santi is terrified of turning into the next victim. In an effort to clear his name and solve the mystery of what’s going on, Santi digs into the history of the small village to try to find a reason for these strange and brutal attacks. But the more he digs the more he discovers that sometimes uncovering the mystery can be more dangerous than the mystery itself. 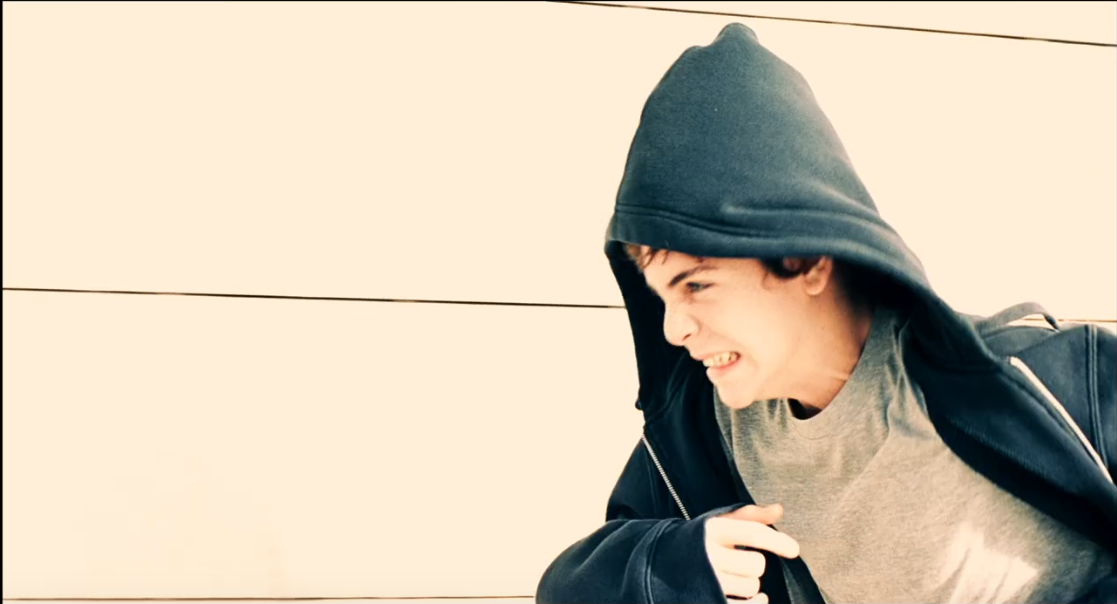 Shiver (or Eskalofrio) is a Spanish mystery/horror/thriller from 2008, and comes from one of the same producers as two other, more well known Spanish horror outings, Pan’s Labyrinth and The Orphanage. Of those two, Shiver feels more similar in tone and content to The Orphanage, though it is it’s own unique beast. For starters, it relates more to the mystery/thriller side of things than it does horror, but it does have some dark moments and imagery that tips it over just enough into the horror fray. But despite some dark imagery and atmosphere, it also contains some more, lighter elements, that doesn’t make it feel quite as heavy as it’s counterparts.

Believe it or not, this guy qualifies as the “comic relief” character

Part of the reason the film feels a bit lighter is because it centers around the life of a young boy. I know, I know. Pan’s Labyrinth and The Orphanage also centered around children, but the former was more focused on the horrors of war and violence, and the later was filmed primarily from the mother’s point of view. Shiver is a bit different. It’s primarily filmed from Santi’s perspective, so while there’s a whole ‘mystery’ aspect surrounding what’s going on in this small little town, it also touches on dysfunctional family dynamics, bullying and friendship. You know, all the basics found in your typical teen growing pain shmorgishborg, but with some more good ol’ xenophobia thrown in for good measure. So it’s like a standard teen drama got mixed in with a mystery/horror/thriller. But don’t let that discourage you, this is not just a dark teen drama. The movie’s primary focus is on the mystery/horror/thriller aspect, the rest of it is really there to help the film not feel so damn heavy by breaking up some of the tension, making it a good fit for the younger horror crowd, or those among us who happen to be a bit squeamish. I think the one thing the film really nails is atmosphere. Since the town Santi moves to is always cast in shadow, even during the day, much of the film has an omnipresent sense of foreboding, and much of it seems to get darker as the film progresses. Inside shots seem to lose their shine and even some characters slowly lose their pallor. It’s all quite intentional and meant to signify how the town’s secret is slowly corrupting it, but the change is so subtle that you don’t even really notice it’s happening until the film switches to a flashback and suddenly all the color has returned to your screen. It’s a nice touch and that, coupled with the cinematography, all help make the film look quite lovely, even in it’s increasingly dark moments. Holy shit! What is that!?….Oh, right, it’s light. Thanks for reminding me, movie.

Shiver’s greatest problems lie within the plot itself. The film has a strong first Act, one that wonderfully sets up the mysterious happenings in his new town and how poor Santi gets entangled in it. It also introduces engaging characters and sets up a lot of impressive parallels between Santi and vampires, and the mysterious creature in the woods to werewolves. Unfortunately after that excellent beginning, the rest of the film sort of falls flat or fails to deliver. Much is initially made of Santi’s skin condition and his aversion to the sun, but after the family’s move, that particular plot point barely comes up, unless of course it can contribute to a potentially tense scene. It’s almost as if his condition was only used as an excuse to let the production work with a bunch of dark camera filters.…
Then there’s the mystery itself which, surprisingly enough, is actually revealed somewhere in the second act. As you can imagine, this sort of sucks the tension out of much of the rest of the film. By the time you learn what’s out in the woods you’ve still got a good 30 minutes left to go, and most of it involves wrapping up loose plot point threads. Sure, there’s still some good tense moments left, but once you know what the characters are up against, everything after that feels kind of underwhelming (as does the realization of what’s actually doing the killing). It’s an unfortunate example of how an unimpressive “twist” can come far too early and just kill the flow of the film. Yes, come, small Gecko. Distract me with your cuteness.

In the end, I think Shiver is an enjoyable little horror/thriller. It sounds good, the acting is decent, the atmosphere is spot-on and it looks lovely. But there’s a lot of plot related issues that sort of bog it down. Certain elements seem forgotten, others seem shoehorned in, and the most important element of all, the mystery of what’s in the woods and killing people, is not only revealed far too early, but feels so ludicrous that I’m sure a lot of people are going to stare at their screens during the reveal and think “…really?” Which is a shame, because the beginning of the film really does show potential. Still, it’s a nice horror effort, one with just enough blood and violence to feel real, but not enough to feel excessive. If you like atmospheric mystery/thrillers with a touch of horror, don’t mind the subtitles, and can forgive some plotting issues, then Shiver isn’t a bad choice.

Shiver is available on a variety of streaming services.

It is also available on DVD and Bluray (Europe only.) 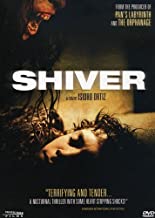