Lacey and Willy’s mother kicks them out of the house one evening so she can have a booty call with her creepily silent beau, who walks around in a wife beater and wearing women’s hosiery over his head that he refuses to take off (The movie credits refer to him as “The Lover”, but I shall hence call him Hose Boy). Anyway, the kids stand by the window, waiting to be let back into the house. But the couple doesn’t appreciate the audience, so they send Lacey to her room and Hose Boy ties Willy to the bed, gagging him for good measure. Lacey, being the sweet little sister that she is, goes to the kitchen and retrieves a knife to free her brother. Unfortunately for the amorous couple, Willy isn’t such a dutiful son and, clearly not appreciating being tied and gagged, goes to his mother’s room and stabs Hose Boy to death.

Twenty years later, Lacey is still suffering from the aftereffects of that night, having witnessed the murder in the reflection of a bedroom mirror. Her husband, Jake, convinces her to go back to her childhood home to confront her demons. But their attempted act of closure opens a Pandora’s box when Lacey walks into her mother’s old bedroom and sees a reflection of Hose Boy rising from the bed. Lacey breaks the mirror, but the damage has already been done. Now apparently freed from his prison and none too happy to have been killed and trapped for twenty years, the angry, evil spirit of Hose Boy sets out to get revenge on the family that killed him. 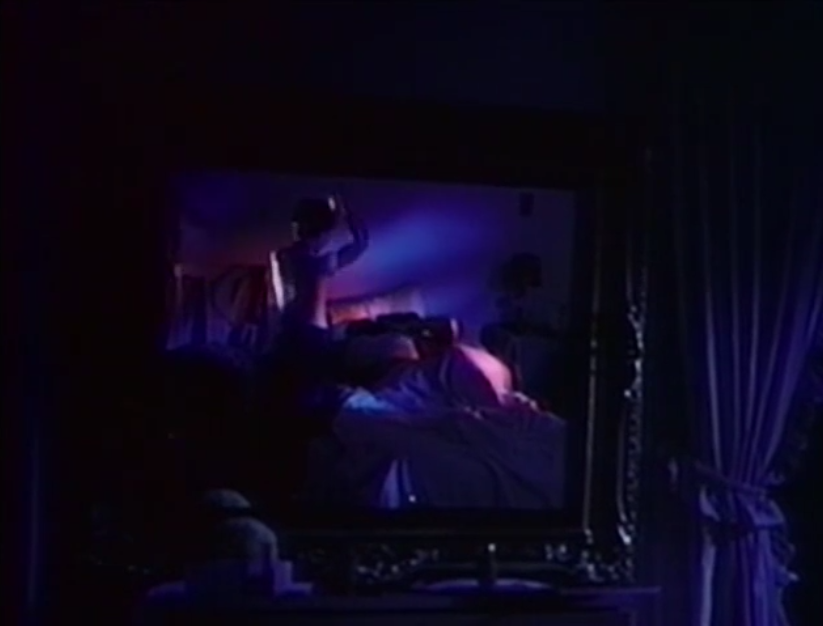 The Boogey Man is an American supernatural slasher from 1980. It borrows heavily from earlier horror films, most notably Halloween, The Exorcist and Amityville. But as anyone who watches a lot of horror movies knows, just because you borrow elements of other, better films, doesn’t mean you necessarily know how to string them together in any kind of coherent fashion. Thus is the curse of The Boogey Man. Though it does boast its own semi-unique concept, it’s buried under so much else that whatever uniqueness it has get’s overshadowed by all of its flaws.

Please mum, let us in. We don’t want to be statistics.

The biggest issue with the film is undoubtedly the pacing. I’ve watched a lot of slashers in my time, and I think I can safely say that this one might be the slowest one I’ve ever sat through. Hose Boy doesn’t make his grand re-entrance until the halfway point of the film. The first half is dedicated to reintroducing the viewers to the older cast, their relationships to the new cast, and establishing the now grown up kids’ ongoing mental trauma brought on by Willy’s impulse to get all stabby stabby. Yes, Willy is still present in the film and Lacey’s life, despite that he should have probably been locked up in an institution for his lack of murder impulse control. But for some reason he wasn’t, so I can only assume his aunt and uncle had better lawyers than the Myers clan. Point is, we have about 30 minutes to learn all about his and Lacey’s continuing hang ups.

Of which there are many.

But if you’re hoping that the reappearance of Hose Boy means the pacing picks up as well, then you’d be sadly mistaken. While the second half does move along at a better clip, it still ends up feeling unnecessarily padded as well. Even in the moments were murder is afoot, some of the scenes feel artificially extended to the point where you may be tempted to scream “get on with it!” I suspect that some of this is due to the need to pad out the runtime of the film, and sadly the filmmakers don’t seem to realize there’s a fine line between tension and boredom. So you end up with moments were the hapless victim is slowly walking around his car, (presumably) looking for the source of a strange noise, and you know something’s going to happen to him (because of course it is), but because the film takes so long to get there, instead of feeling shocked by the outcome you just feel relief that the scene is finally- mercifully- over.

Could you please just end my suffering and die already?

Alas, the rest of the film doesn’t fare much better. The film was made on a budget, so expect the familiar culprits of wonky editing, questionable acting, poor lighting and super cheesy special effects to rear their ugly heads throughout much of the film. I’ll give the director credit, he does put some effort into trying to make parts of the film look “arty”, but oftentimes the effort backfires. Either the change in angle is so sudden that it throws you, or the logistics of the shot didn’t work quite right and some production equipment sneaks its way into the upper corner of a frame. The efforts do make the film more interesting to look at, but I’m not sure it truly benefits it in any way.

Hey, guys! Check out my shiny new eye patch!….Hey, guys? Guys? Why is everybody dead? 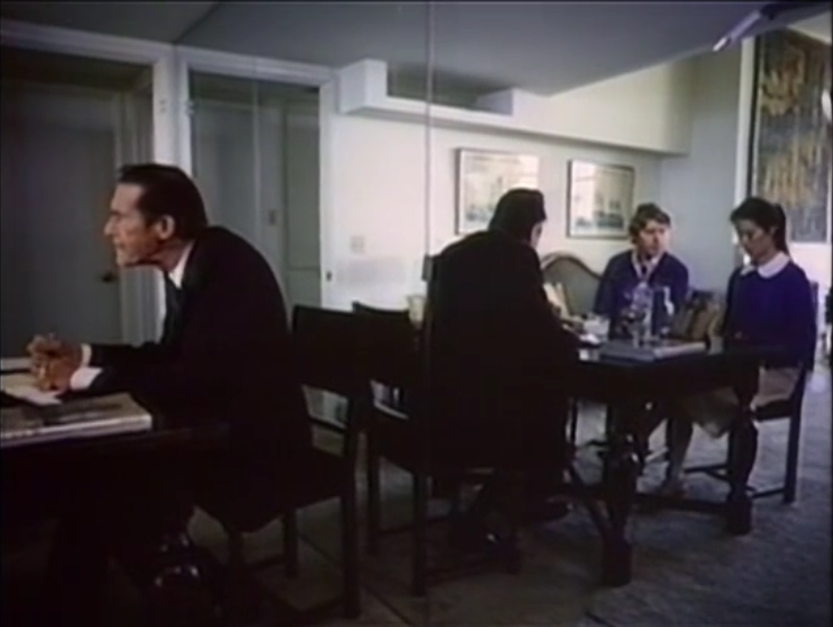 Then there’s the in-movie logic, which also doesn’t make a whole lot of sense. Why did it seemingly take 20 years for the siblings to get any kind of therapy? Why is Willy scared of mirrors when Lacey is the one who saw the murder through the mirror? Why does Lacey sporadically become possessed, even before the mirror is broken? If Hose Boy is supposedly out for revenge, why does he waste 30 minutes of film time by killing a bunch of randos he has no connection with (other than to pad out the film)? WTF made Jake think it was a good idea to bring the broken mirror that terrified his wife back to the farmhouse and painstakingly piece it back together? There’s just a lot here that needed to be smoothed out, but wasn’t, and some of the results can be very confusing.

Uh, Jake, what are you doing? We really don’t want this broken shit hanging in the kitchen.

The one really interesting concept the film has is its focus on certain superstitions related to mirrors, namely how it’s bad luck to break them and that if someone dies in a room with a mirror in it, that you can see that person in the mirror’s reflection. Knowing this makes some of the elements of the film make a lot more sense. The problem is, the film doesn’t bother explaining any of this to the viewer. It just expects them to have inherent knowledge of mirror folklore. And I don’t know about you, but  beyond the saying that breaking a mirror is bad luck, I’m not sure many people are aware of beliefs that say that if someone dies and their soul encounters a mirror before the body is buried, then their souls will be trapped in said mirror (this is said to be why some older mirrors tarnish). This belief is also partially why some cultures cover mirrors after there’s been a death in the home, because they don’t want their loved ones trapped.

Did you know that? Cause I sure as hell didn’t. It’s clear the movie knew, but I had to look it up. Which is a shame, because those explanations help explain, like, half the damn plot. But because the film doesn’t bother to expound on any of these ideas, a lot of viewers are going to be left to wonder why the hell certain things are happening the way they are.

Though I’m still not sure if he was always evil, or just pissed at being stuck in this dull-ass room for 20 years.

So The Boogey Man ends up being a mixed bag. On the one hand, it’s quirky direction, hokey special effects and mirror focused enemy make for a unique watch. On the other hand, the mish-mash acting, terrible pacing and semi-coherent plot are pretty significant drawbacks. If you’re looking for an unusual slasher and have a lot of patience then feel free to give The Boogey Man a try. But if you’re looking for scares, gore and fast-paced thrills then you should probably look elsewhere.

The Boogey Man is available on a variety of streaming services.

It is also available on DVD as part of a double feature with it’s sequel: Return of the Boogeyman.