Royce, a down and out treasure hunter looking for a good score, thinks he’s found exactly what he’s looking for when he comes across a box on the beach that’s been washed up from the effects of the Tōhoku tsunami. Inside the locked and battered box, Royce finds an ancient Japanese sword forged by the infamous bladesmith, Muramasa. But the swords forged by Muramasa had a reputation of being “cursed”, and unfortunately for Royce, it doesn’t look like this particular sword is any different.

Yeah, it’s never a good sign when the weapon starts hissing at you….

Debris is a 15-minute American horror short written and directed by Nicole Jones-Dion. If the description makes you think that the concept is a quick rip-off of Indiana Jones, then worry not. Where Jones was a true adventurer, Royce is just an opportunistic scavenger with a metal detector and a similar hat (and no means with which to go globetrotting). Despite the inclusion of a sword there is no attempt to make the main character into a cool dude or to introduce any swashbuckling in any way. Hell, Royce cuts himself on the blade less than 5 seconds after unsheething it, so you don’t have to worry about this dude attempting to take up the master’s mantle. This is a quick horror romp through and through, and while it’s a short one, what it lacks in length it tries to make up for in presentation. 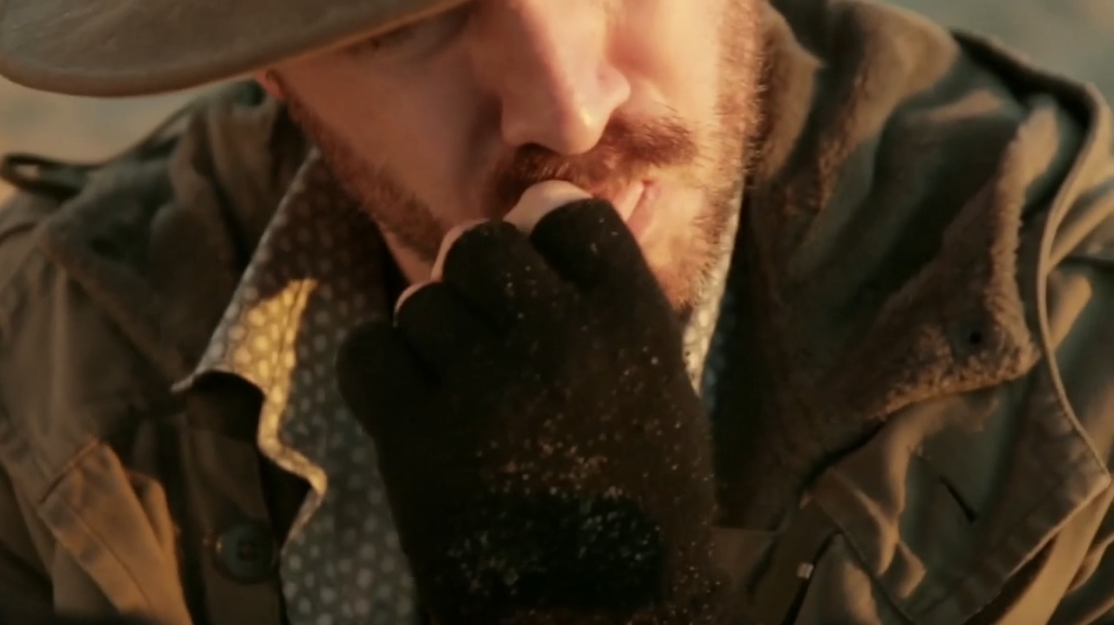 Why must everyone in these things use their thumb to test a blade?

Thanks to the lack of time (due to the fundamental nature of a short) it’s hard to talk too much about the acting. Nothing is glaringly atrocious, and what little dialogue is there is crisp and to the point, giving the viewer ample information about the sword’s history, the characters and their relationship to one another. The one outlyer may be the Landlord, who’s threats and pounding on Royce’s door in an attempt to get his overdue rent feels more like a mob goon coming to break your knees as opposed to an actual landlord who’s looking to be paid, but hey, every horror film has it’s quirky side characters.

Of final note, is the technical side, and elements such as the sound and cinematography are excellent. Everything here sounds sharp and looks detailed, showing definite forethought in planning on the best approach of how everything needed to be conveyed. There are slight changes and color shifts to illustrate a dream or the sword taking over, and these subtle touches are part of the horror of the film, not knowing if what you’re seeing is really what you’re seeing, or if it’s Royce’s imagination or the sword playing tricks on him in an effort to fill it’s growing bloodlust. These seemingly minute moments are what helps make the film work as well as it does.

What was not planned? Aging the lock to match the worn down box.

In the end, Debris is a very creative and proficient horror short. It gets its point across without overstaying its welcome. But more than that, it’s the kind of short that, like the cursed sword, makes you thirst for more. It works perfectly well as a short, but I could also easily see the concept stretched out into a longer production. It may not be the scariest thing out there, and you can see the ending coming well before it gets there. But it does have some disturbing aspects to it as well, and the added technical benefits make for a good, if not brisk watch. If you’re looking for a quick horror fix, then Debris isn’t a bad pick.

Debris is available for streaming on Amazon Prime and free on Vimeo.

You can watch it here: