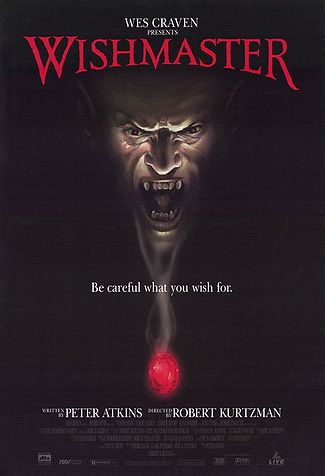 Is anyone else reminded of the Dracula movie poster when they see this? Am I the only one?

A very unlucky auction-house employee, Alexandria, is asked to appraise a gem. Unfortunately, during her appraisal she accidentally releases a Djinn, an evil, ironic-wish-granting entity, from its centuries of confinement. The Djinn roams around town, granting wishes to anyone unlucky enough to come in contact with him. Then he sets out to fulfill his true mission: grant three wishes to the one who released him so that, upon the granting of the third wish, he may open the door to his world, releasing the other Djinn into our world and thus dooming mankind. It’s up to Alexandria to figure out how to stop him, but she has no idea how to stop an unkillable foe. 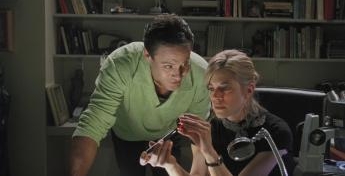 She also doesn’t know how to stop her boss from acting like a douche. Poor gal has more problems than she needs.

This is not the first time I’ve seen Wishmaster. My earliest memories of it, is watching the edited version on cable years ago. But I hadn’t watched it in forever, so I decided to give it another viewing. I remember liking it when it was on TV and being excited the first time I saw it, because I recognized Robert Englund and that guy from Xena. 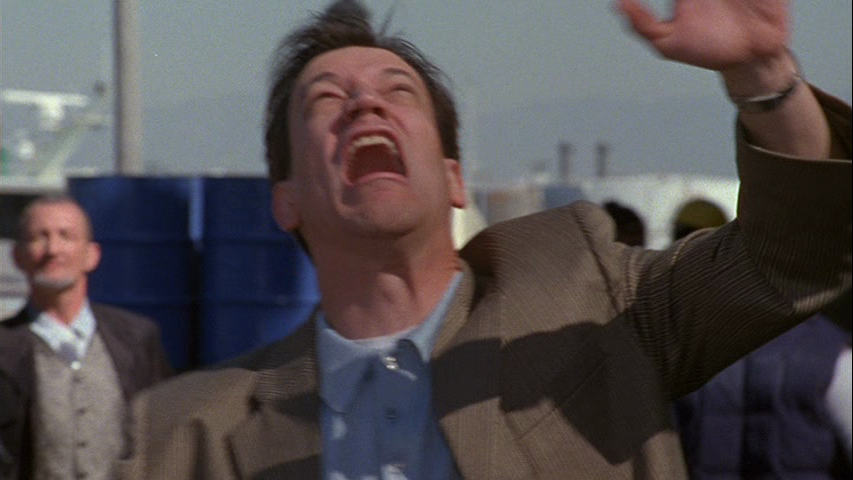 So, did it hold up to later scrutiny? Well, kinda yes and kinda no.

Let’s start with the good. To begin with, the movie is chock-full of various horror cameos. In addition to Englund, there are familiar horror actors from a variety of series peppered throughout the film. Kane Hodder and Tony Todd both make appearances, and Angus Scrimm even does the opening narration. And it doesn’t end with the characters. There are also several visual nods to other films, including a Pazuzu statue (a nod to The Exorcist) and this little fellow seen at the beginning of the film-

Gee, I wonder what they could be referencing…..

This brings us to the effects, which is a good segue point. The practical effects of Wishmaster are pretty great. The makeup here is on point and the design of the Djinn is pretty creepy. There’s a point in the film where the Djinn brings a group of statues to life and I gotta admit, with the exception of the eyes, they looked about as authentic as ‘suddenly animated statues’ are going to get. 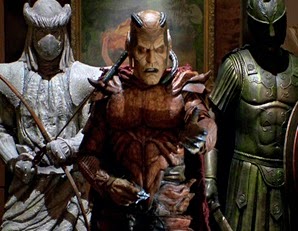 On the flip side, though, are the computer graphics. Let us just say that the CGI of this film did not age well. At all. Wishmaster is a late 1990’s production and comes with all the technical caveats associated with that. While some of the computer effects don’t look too bad (I can deal with the strangely glowing rock), most of it looks downright cringe worthy today. The ideas they had were good, but when you take into account how well the non-CGI effects look by comparison, it’s really a damn shame how poorly they came out. 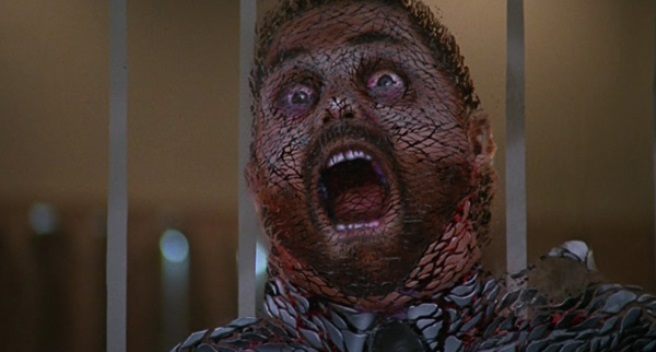 It looks even worse in motion, trust me.

And I’m not even entirely sure what they were going for with this.

That brings us to the acting, which is a bit hit-and-miss. Andrew Divoff plays a pretty creepy Djinn… at least when he’s in the costume. When he’s not, he’s dressed in a suit and tie and looks like some kind of shoe salesman. It makes all the…transactions he has with possible wish-takers come off as a little hokey. Robert Englund is great, as he usually is, but here he’s highly underutilized. All the cameo actors are perfectly fine, having pretty much perfected their personas at this point. Everyone else is just kinda… okay. Most of them are either under acting or overacting, and while it makes the tone of the film a little disjointed, it does give us some very entertaining reaction shots. 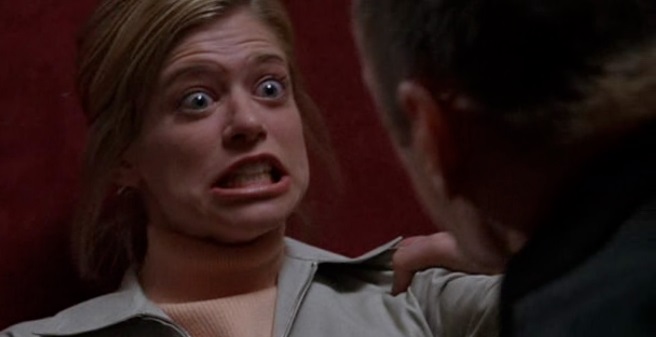 Overall, I like Wishmaster. I still think it’s a fun little movie, even if the story isn’t 100% consistent. The crappy CGI is really jarring today, but the costume effects are still pretty good. The acting is a bit all over the place, but the film is also a lot campier than I remember, so depending on your tastes, that might not be a deal-breaker. I know it’s not for me. If you’re at all interested, watch it for the cameos and practical effects. Those are probably the highlight of the film.

Wishmaster is available for streaming on a variety of services, including free on Tubi TV.

It is also available on DVD and Bluray, usually as part of a larger collection. 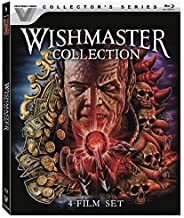