Andy and his mom have just moved to a new town. Andy is having trouble making friends, so to make him feel better, Andy’s mom gives him an early birthday present: A Kaslan Buddi doll, one in a line of high-tech, animatronic dolls that are designed to be a lifelong companions, learn from their surroundings, and sync to and control/interact with other Kaslan products. There’s just one small problem, the Buddi doll given to Andy has an unfortunate flaw. Turns out the employee tasked with putting the doll together tampered with that doll’s settings, removing all of the safety protocols. Andy thinks it’s humorous that the doll seems so ‘glitchy’: It swears, it’s voice box freaks out, it mimics what the kids want it too. That it seems unable to link with any of the Kaslan products like it’s supposed to seems irrelevant. But the longer he and his new friends spend time with “Chucky”, the more the doll begins to display violent tendencies, especially towards anyone it thinks is out to hurt and/or take Andy away from him, including the family cat. When Chucky finally ends up killing someone, Andy and his friends manage to disable Chucky and toss him out.

Unfortunately for them, the building’s maintenance manager finds Chucky and fully repairs him, reimplementing the Kaslan link the doll was originally supposed to have in the process. Now fully functional, Chucky is on a mission to rid the world of all of Andy’s friends, so he has no one else to turn to. Andy realizes what’s going on, but is almost powerless to stop it. Because who’s going to believe them when they tell them their doll is a mass murderer?

This version of Child’s Play is a reimagined reboot of the 1988 original of the same name. Seeing as it’s January, the first new month of the new year and the month where people often try to ‘remake’ themselves into something better than the year prior (before often ultimately giving up 3 weeks later), I figured I’d pepper this month with some reboots and remakes of older films. As such, these write-ups will focus more on the changes between the original and the remake/reboot. The first up is the relatively recent Child’s Play which, I must admit, I fully expected to dislike due to the dolls updated design. But while I still hate the design (and I really, really do), I have to say that the film also has quite a few differences that I found appealing.

No, really. How did they manage to make it’s hair even MORE atrocious?

The two films actually follow the same basic plot format: boy lives alone with single mother, mother gets boy doll, doll runs amok, mayhem ensues. The biggest difference between the two films is the nature of Chucky himself. For those who need a refresher (though really, if you do, I don’t know what you’d be doing here…), in the 1988 version, the Buddy dolls were basically an animatronic rip off of the My Buddy dolls from the late 80s. Unfortunately for that version of Andy, the doll he was given was possessed by psycho killer Charles Lee Ray, after Ray used some kind of Vodou ritual to transfer his soul into the doll to avoid dying after being cornered and shot by the police. Ray, though an evil asshole, was also highly intelligent and cunning. He killed indiscriminately and ultimately ended up wanting to kill Andy, because he learned that the only way to become human again was to transfer his soul into the body of the first person he told his true, full name to. This version of Chucky is cold and calculating, but also filled with gruesome personality. He doesn’t care about people and kills them because he’s an evil, psychotic little asshole and just DGAF.

The Chucky in the 2019 version is quite a bit different. He’s basically what Siri would be like if it were an animatronic doll (though for the first half of the film he doesn’t have access to most of those skills). While all of the doll’s safety protocols might have been eliminated, it’s programming to be Andy’s friend is still as intact and strong as ever. But in this case, it’s a little TOO strong because that seems to be all that’s left of his programming. When the disgruntled employee altered the doll, he removed all the conditions to obey voice commands and instructions to not hurt anything, which eliminated all the dolls’ inhibitions. But in an interesting case of Nature versus Nurture, that’s not what makes the doll ‘bad’. Andy and his friends inadvertently push him the rest of the way to his ultimate fate by teaching him phrases and swear words, demonstrating how to stab objects, and further desensitising the doll to violence by watching bloody gruesome, scary movies, which the doll then tries to emulate, both in order to please his ‘friend’ and to achieve the one main goal that’s still intact from his core programming, which is to protect Andy. This version of Chucky is still cold and calculating (and ultimately more deadly once all his gadgetry is fully functional), but in this case it’s because he’s a machine that doesn’t know any better. He’s still a heartless, violent killer who drops quips, but there’s no soul behind any of it, no personality. He’s just emulating what he’s seen and heard. It’s a more clinical form of evil that still winds up being disturbing, but if you’re hoping for something more ‘lively’, performance wise, then this Chucky may leave you cold.

The other major change comes down to Andy himself. In the original version, Andy is a six-year-old boy, easy pickings for a psycho serial killer. He has few people to turn to other than his mother, and Chucky makes damn sure to make everyone think Andy is insane, so that he can isolate the boy even further in order to kill him. The fact that said killer is in the body of a doll is pretty moot, considering the Good Guy dolls are about the same size as poor Andy.

But in the reboot, Andy is 13-years-old. That still means that anyone who matters doesn’t believe him, but it also means he benefits greatly from more life experience and an increased ability to defend himself. In this version he also has competent friends, who are not only helpful, but also filled with horror movie savvy. One of them takes the time to point out that Chucky’s seemingly lack of advertised programming could only lead to bad things. She’s also a good enough person to not throw her prediction in their faces when shit hits the fan, going so far as to help with the cleanup of the evidence and participating in the attempt to disable the murderous doll.

Though, when faced with this, I wouldn’t have blamed her from rubbing it in their faces.

I fully expected to dislike this reboot. But to my surprise I found it quite enjoyable. It’s a nice, modernized update to the original movie. Story-wise, I think they did a good job, even if I think there’s too much focus on the not so subtle commentary regarding today’s digital era. My biggest complaints revolve around Chucky. By fully making him a machine they took away the quirky personality that helped garner the original 6 sequels. They did leave enough room open for the little bastard from the reboot to grow more into a similarly murderous wisecracker without relying on him just repeating what he’s already heard, but none of that potential growth is on display here. And I’m still not impressed with the doll’s design. The horrible hair is bad enough, but the overall design just doesn’t seem to…fit. Chucky’s original design was meant to mimic the look of the My Buddy doll and fit with the aesthetic of the 80s. In the reboot they just decided to mimic Chucky’s original design…except they just tried to make him look creepier. In that regard, they succeeded, but it cuts back on the dolls’ reality. Not only does the CGI contribute to the doll feeling fake, but the doll’s resulting butt-uglyness makes you doubt that anyone would market this thing, let alone buy it. You would think that after 30 years they could have come up with something a little more believable.

Oh well. There’s still a ton of violence and gore, and maybe that’s all a lot of people will care about.

They are also available on DVD and Bluray. 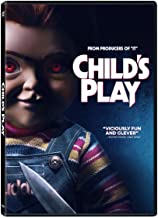 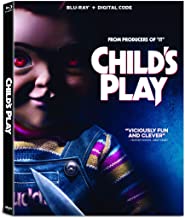