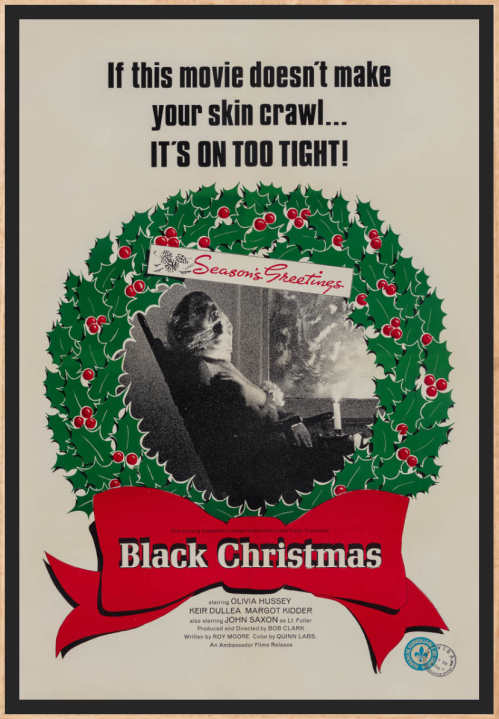 AKA: Silent Night, Evil Night
AKA: Stranger in the House

It’s almost Christmas and a group of sorority girls are being tormented by an unknown caller sending them filthy and increasingly disturbing messages. But unfortunately that’s the least of their worries. Unknown to them, an unstable man has broken into their house and has currently taken up residence within the sorority house attic. When one of the girls turns up missing, the police are brought in to find her. But while their attention is diverted outwards instead of inwards, it’ll be up to the girls to fend for themselves against an enemy that they don’t even know is in their midst.

Black Christmas is an Canadian slasher film from 1974. Today the movie is a well regarded horror classic, and is famously known for being part of the inspiration for John Carpenter’s Halloween. But back when it was initially released Black Christmas landed with a dud to mixed reviews. Even an attempt at renaming it (in an effort to avoid confusion with blacksploitation films) garnered the film little extra notice. It was only after NBC canceled a planned prime-time airing (with the film once again retitled, this time as Stranger in the House) because of the content, that curious film buffs finally took notice. And it’s a shame it took so long, because while Halloween is undoubtedly a great slasher and gets most of the credit for the slasher genre, it’s obvious that Black Christmas is not only it’s prototype, but I also think it does several things better.

For starters, the killer in Black Christmas is a complete mystery to not only the characters, but the audience as well. We’re not given any backstory or reasoning for his actions, he just seems to kill because he wants to kill. Hell, we aren’t even sure of his name. The closest we come to an identity is his repeated use of the name “Billy” over the phone, but considering the content of his phone calls and that he’s a deranged lunatic, that could just be more random gibberish. On top of that, we don’t even know what he looks like. Almost every shot he’s in is filmed from his POV (obnoxious mouth breathing and all), so we never get a look at him. There is no face and there is no mask, and the lack of that almost makes him feel like an invisible evil entity rather than a murderous loon hiding in the attic. The closest we come to seeing him (other than his shoes) is a shadowed silhouette and the image of his eye peering between a crack in the door, in a moment that very well may be one of the simplest and most disturbing reveals I think I’ve seen in a horror movie.

No, really. I mean, the eye is bad enough, but the accompanying dialogue makes it SUPER creepy. A+ reveal.

Then there’s the implementation of the characters. Unlike later slashers, Black Christmas lets you spend time with (most of) its characters. So instead of just being nameless fodder, you’re actually given time to care about the victims before they inevitably get knocked off. To add to this, the characters benefit from actually being interesting. These ladies are not your typical slasher stereotypes. The innocent ‘virginal’ character (AKA: the boring one) is actually the first one who gets knocked off. The Final Girl, Jess, is not only intelligent and resourceful, but has some serious personal issues going on. And there are not but one, but TWO amusing boozy chicks, including Marian Waldman as Mrs. MacHenry, the whino house mother, and Margot Kidder as Barbara Coard, whose foul-mouth and sarcastic humor easily steals the show. On top of that, the acting is all pretty top notch, with much of the main and supporting cast being filled with veteran actors like Keir Dullea as a rather disturbed boyfriend, and John Saxton as the kindly detective who’s trying to help the girls trace the source of the disturbing phone calls. All in all, the performances here are likely some of the best the slasher genre has to offer. 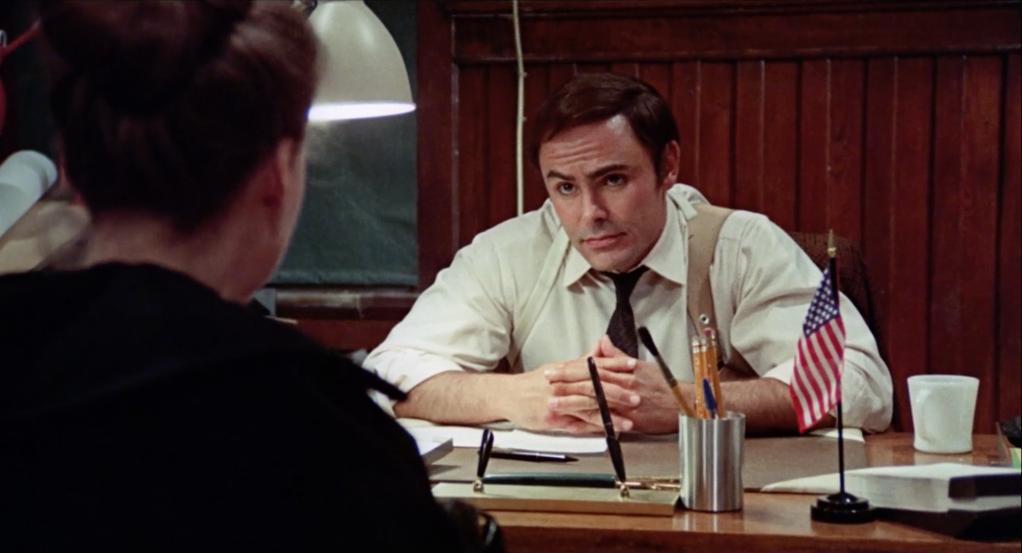 The movie also looks absolutely lovely. Shadow and light are put to good effect, there’s some creative use of angles, and all the Christmas decor helps to add some nice color and ambiance. 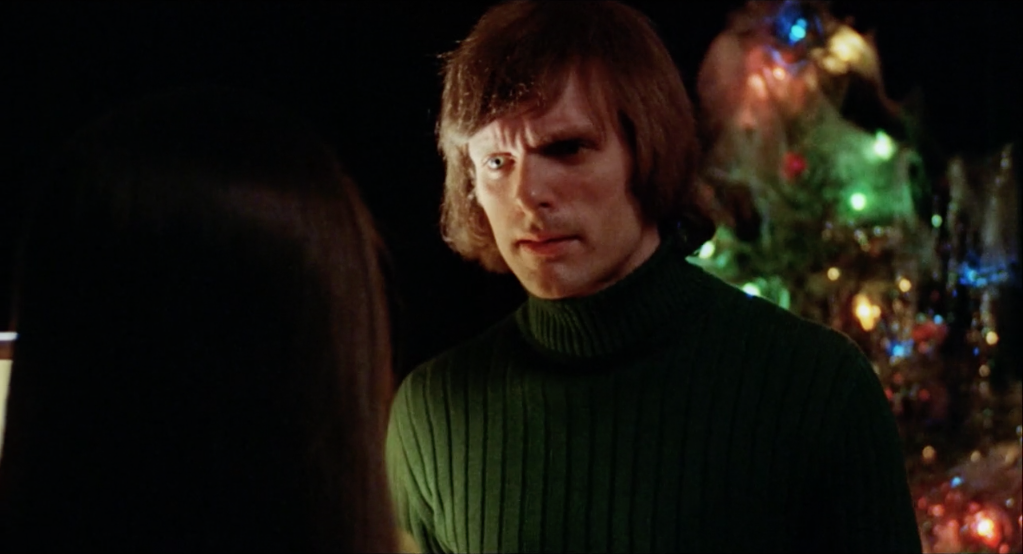 Seen here: The perfect ambiance. Barb clearly understands the season better than anyone.

The film’s biggest downsides are mostly plot related dumb decisions. The police are, as expected, either apathetic or utterly useless. They don’t even bother to secure the crime scene before leaving an unconscious Jess alone in the house. I mean, leaving a victim alone in a house where a bunch of murders just took place is bad enough, but to clearly not go through it room by room either? Shouldn’t that be #1 on the list of police no-no’s? Sadly, even relatively intelligent Jess isn’t immune from this affliction, either. At the end, when the police tell her to get out of the damn house, she ignores them and goes upstairs anyway, even after being told that the killer is in the house. Sure, she was concerned about her friends who were still upstairs and armed herself first, but the front door was literally 3 feet away from her and the police told her they were on the way. GET OUT THE DAMN HOUSE, WOMAN! No! Bad Jess! Go outside!

All in all, I think Black Christmas is a splendid little slasher. It’s filled with mystery, suspense and tension, and it has a lovely aesthetic and some wonderful acting. It does have a couple plot-related issues, and several cases of characters being struck with a case of ‘the stupid.’ But overall it’s pretty excellent. If you’re a slasher fan looking for a holiday fix, you could do a lot worse than Black Christmas. Just make sure it’s the original and not one of the two remakes.

Black Christmas is available on several streaming services. Including for free on Tubi TV. 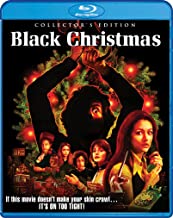