Satanis: The Devil’s Mass is a 1970 documentary about the then (relatively) newly established Church of Satan and its founder, Anton LaVey. The film focuses on interviews with LaVey, his family, church members and neighbors of the church. It also features footage of LaVey and others conducting and participating in several satanic rituals. 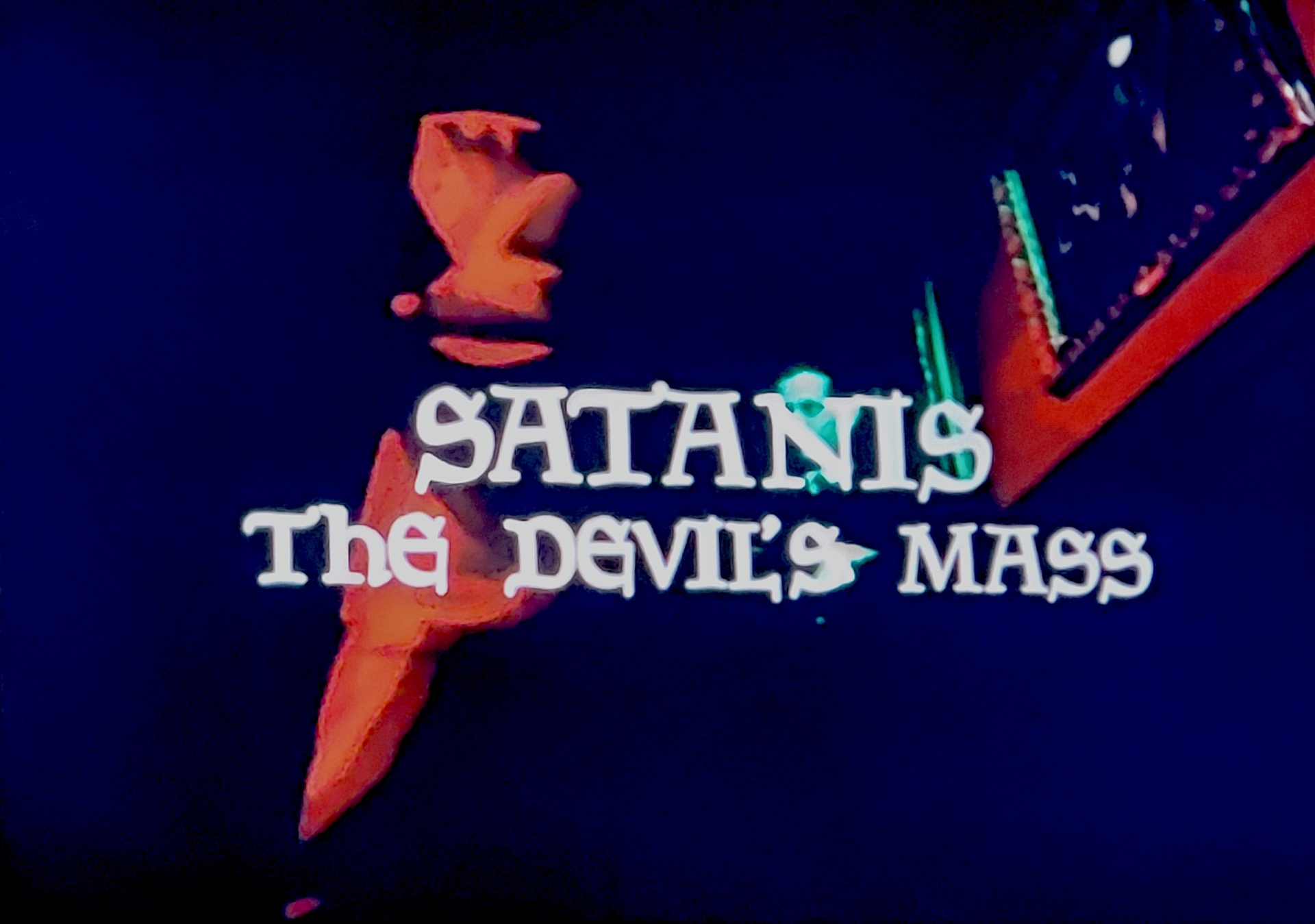 You can tell the church is still new because they can’t yet spring for a skull with more teeth.

Once again, TCM surprises me with interesting things. They double-billed this along with Haxan on the Friday morning after Christmas. It’s nice to know that the curators of the TCM Underground can not only stay in-theme, but also have a bit of a sense of humor.

The film starts off with a handful of (who we later find out to be) neighbors, most of them complaining about the church and its existence, before it transitions to LaVey and church rituals. These neighbors are peppered throughout the film, along with a priest and a pair or Mormans, and are asked various questions about the church. Most of the comments are negative, or framed in a way that shows they think the church and it’s views are beneath them. Despite this, the film does a surprisingly admirable job of not portraying them as complete bigots. Some of them have genuine concerns, such as the 3-year-old lion LaVey used to own. Others even admit that LaVey and the others have a right to do what they’re doing, despite their concerns, because *waves flag* the First Amendment, ya’ll.

Despite all this negativity, there does seem to be one lone holdout in the group, a woman who’s basic reaction is to shrug and state that the church isn’t hurting anyone, so leave them alone. She is the progressive of the group. 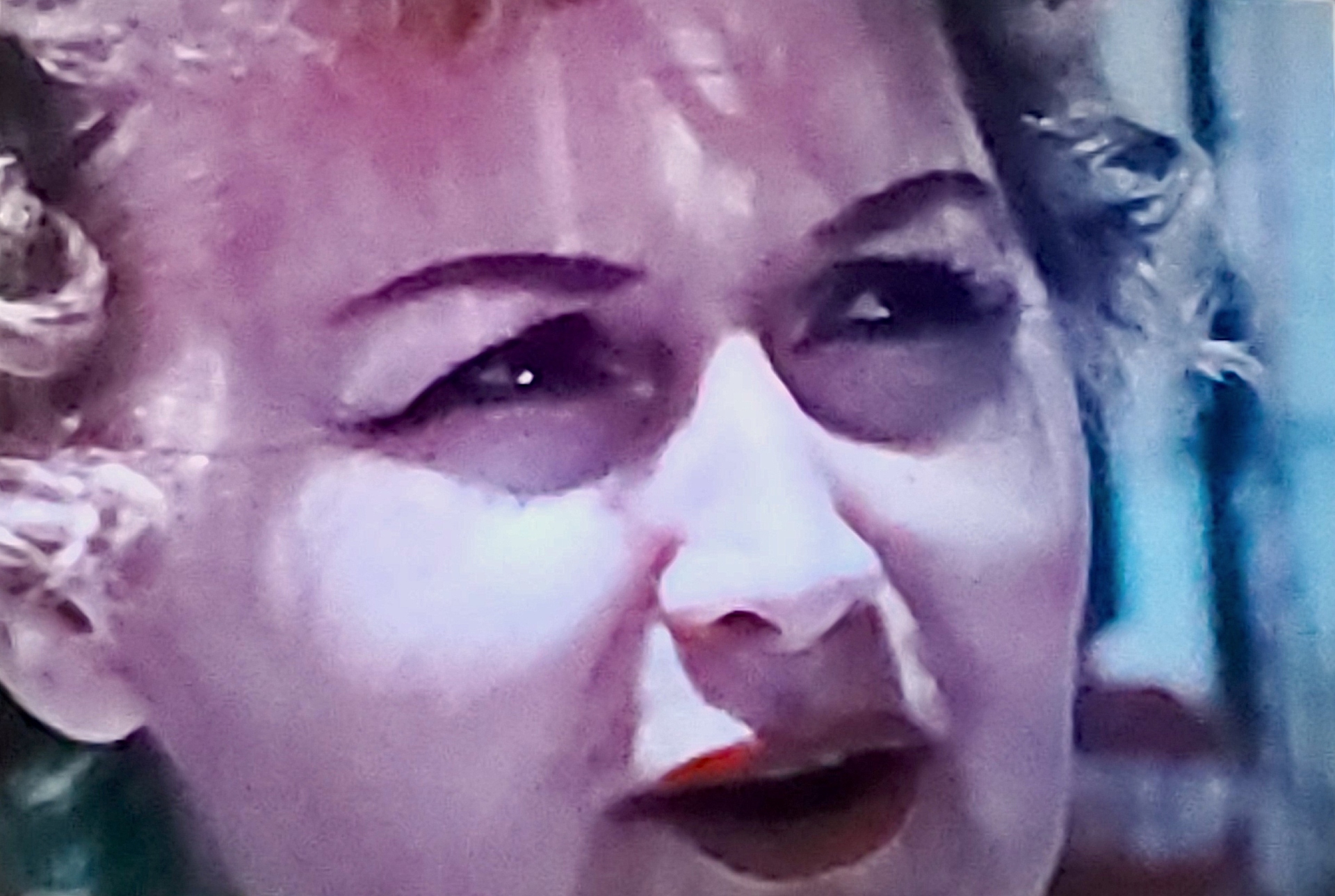 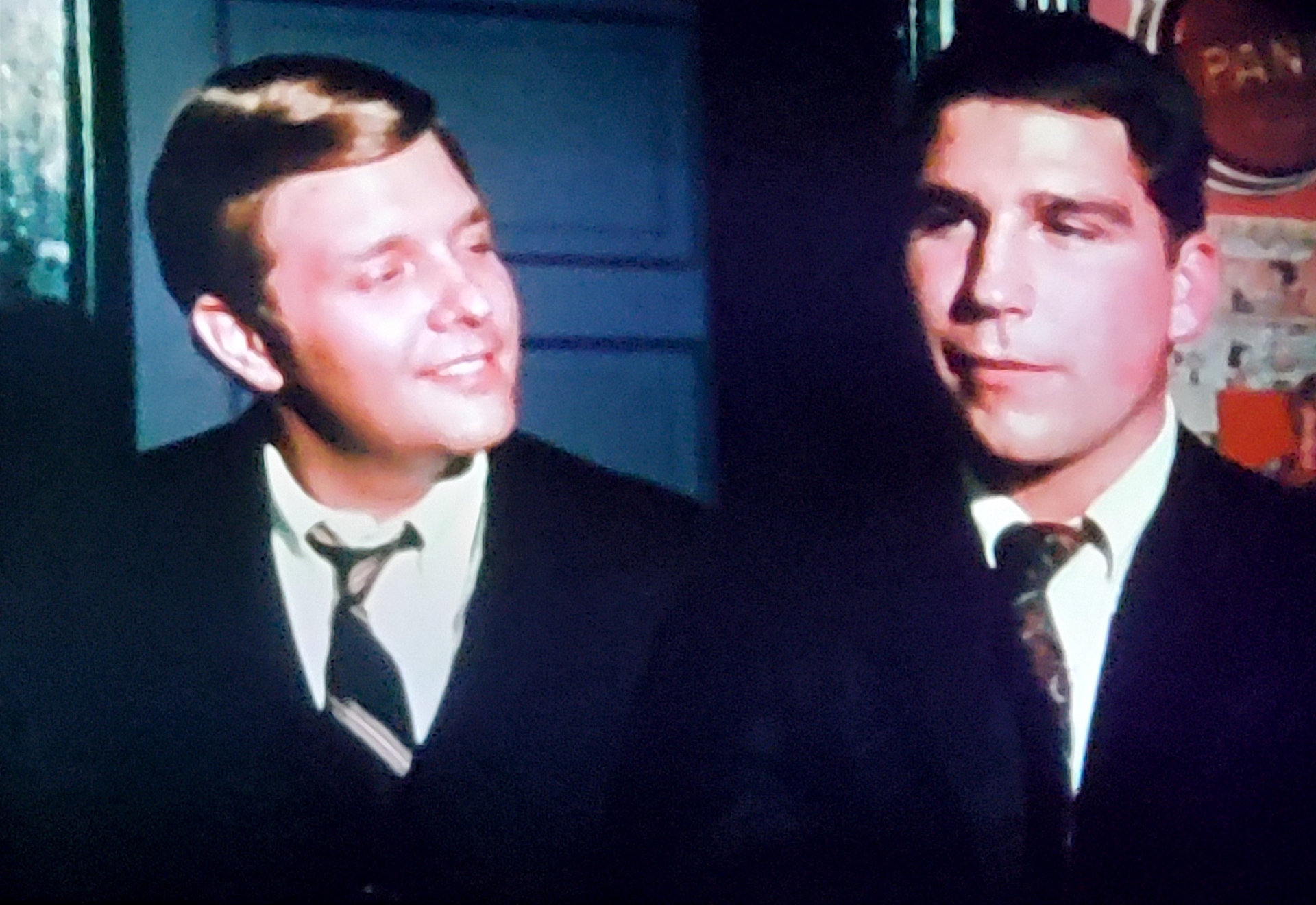 As for the church itself, the film gives a fairly well rounded overview of the church and even some of its members. As with the neighbors, the film does a good job of not portraying them in either an overly positive or negative light. LaVey can come across as a bit of an over-dignified showman of sorts, but he does an excellent job of explaining his positions and the reasonings behind them. The church members themselves come across as a bit more genuine. Each of them came to the church for different reasons and it’s clear they come from a variety of backgrounds. But the one thing they seem to have in common is a disillusionment with Christian church teachings. The word ‘hypocrisy’ is bandied about more than once, illustrating that that particular complaint has been around for quite some time, and is not just something brought about by the modern era. 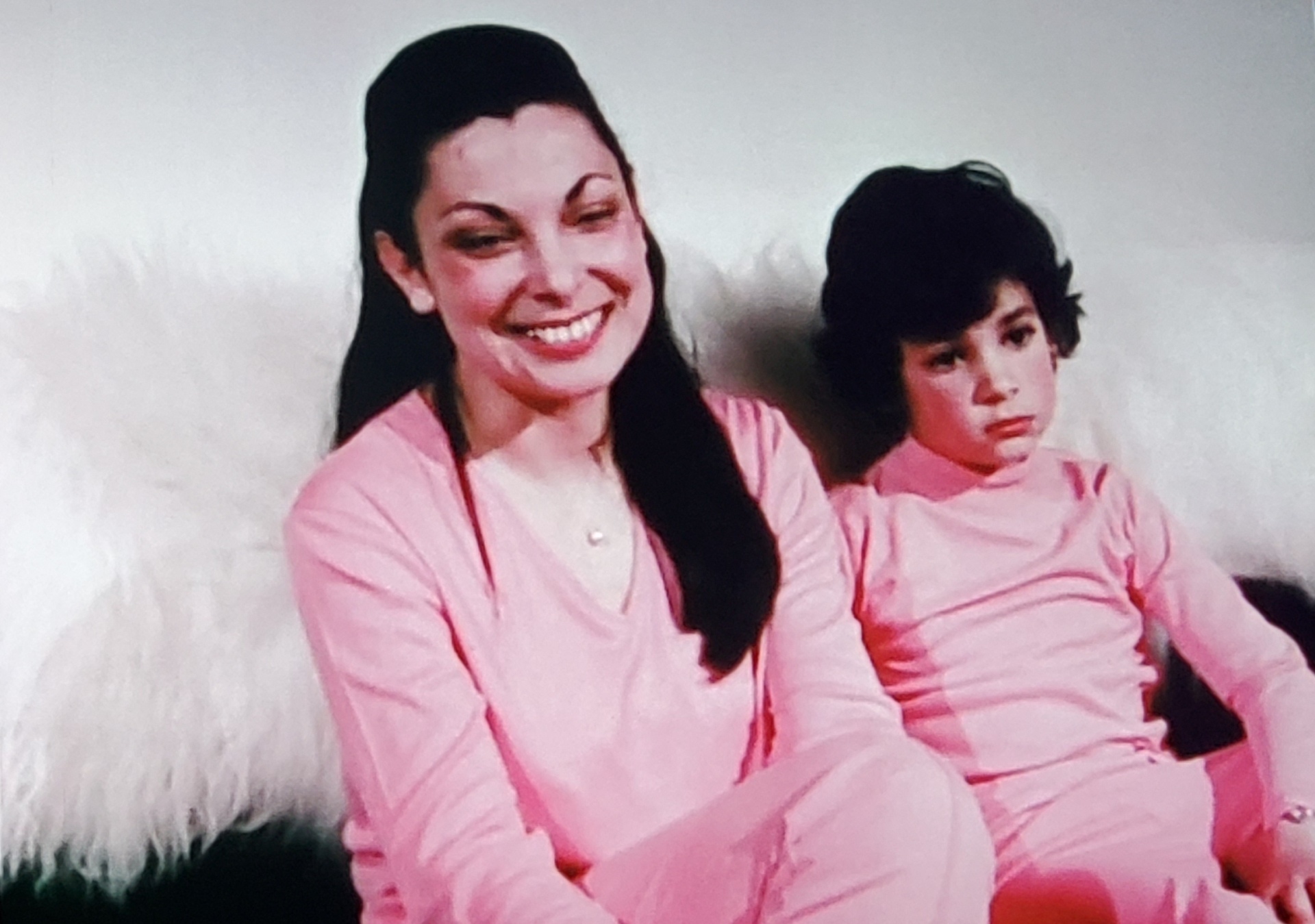 No, I don’t know why they’re both wearing pink. Don’t ask me.

A good chunk of the film is dedicated to showing some of the church’s satanic rituals. They feature a lot of LaVey in his horned devil suite as he recites from various texts. There’s also a naked woman writhing around with a boa constrictor, a guy who gets his bare ass beat with a whip and a ceremony devoted to spellcasting where a gay member asks the devil to make the new teller at the local bank notice him. Other than the odd skull laying about, everything shown feels less like what someone would consider a form of Satan worship and more like a very elaborate piece of performance art. Other than the nudity, there isn’t anything here that most would consider to be overtly shocking. And to anyone who does find the nudity shocking?….Well, at this point in time, anyone who’s still bothered by that probably shouldn’t be walking around without a vile of smelling salts on them at all times anyway.

Hey, I don’t know about you, but I can be behind any religion where you get to hold a sword during the daily recital. 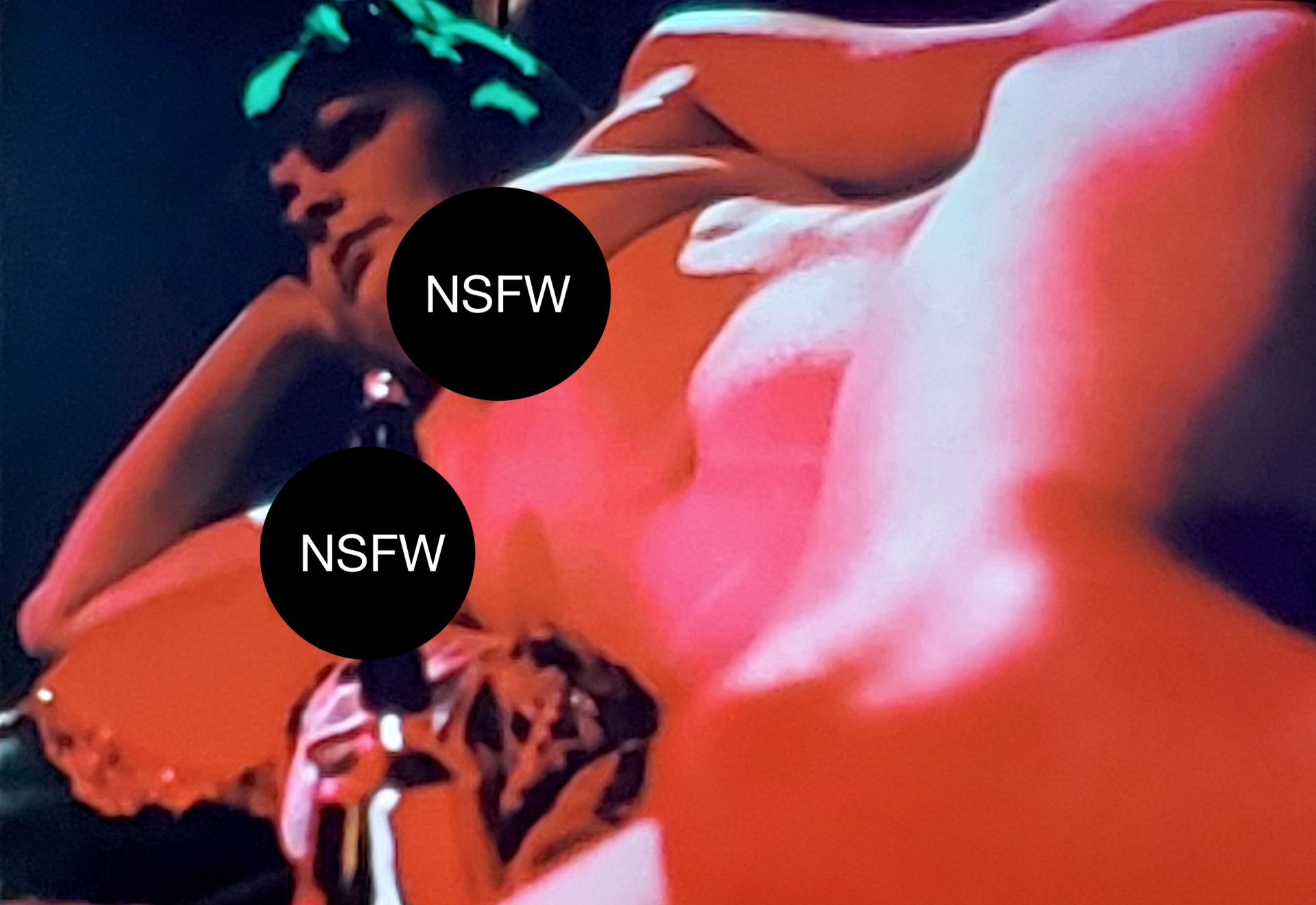 So is Satanis: The Devil’s Mass any good? That’s going to highly depend on your preferences. Documentaries are usually a hard sell to most people, but if you’re interested in the occult, history, religion or human nature then there are some interesting things to be gleaned here. Just keep in mind that the film quality isn’t all that great and that the documentary doesn’t go in depth into church teachings. But if you’re going into this expecting blood rites and decapitated wildlife you’ve come to the wrong film. LaVey and church teaching center around self-indulgence and breaking Christian church taboos about pleasure and lust, not blood sacrifice. So if you’re expecting child sacrifice and demon summoning you’re going to be disappointed. For everyone else, it might just end up being an interesting historical overview.

Satanis: The Devil’s Mass is available on DVD and Bluray.