The four Morgan sisters are summoned back to their childhood home on Christmas Eve by their ailing father. The family has been estranged after the death of the family matriarch nine years ago, but older sister Alex has managed to convince her three siblings to come home. Is this family reunion going to be used to set aside old resentments and make amends? Alas, this reunion isn’t a heartwarming Christmas miracle. Once all the sisters gather, their father reveals the reason he’s summoned them there: he’s convinced his poor health isn’t due to old age, but due to poisoning, and that his new wife is the one responsible. Does the dying patriarch want them to call the police? Of course not, this ain’t that kind of family. He doesn’t want the law involved, he wants his four children to kill his wife for him. Most of the girls just think he’s nuts, but not long after arriving family members begin being stalked and killed by someone wearing a yellow raincoat and carrying a rusty pitchfork. Merry Christmas, kids. Gee, they ditched your ass a decade ago? I can’t imagine why…

Home for the Holidays is a made-for-TV movie with an impressive pedigree that aired on ABC in 1972. It was produced by Aaron Spelling, written by Joseph Stefano (Psycho), and stars Eleanor Parker (Sound of Music, Eye of the Cat), Jill Haworth (The Brides of Dracula, Exodus), Jessica Walter (Arrested Development) and Sally Field (Smokey and the Bandit, Norma Rae, Spiderman). So while the premise may sound kind of cliche by today’s standards, the movie is written, performed and put together well that the now familiar plot points and twists don’t bog it down.

The film is an interesting mix of early ‘slasher’ and other horror elements. The isolated location coupled with the Spelling-esque melodrama make it feel like a sort of updated gothic horror piece. The Morgans are a wealthy family who live out in the middle of nowhere, they’re all estranged due to the untimely suicide of Mrs. Morgan some years ago, the new stepmom has a questionable history in which she may or may not have killed her first husband, and despite the entire house being reasonably well lit, the whole place still manages to feel dreary and claustrophobic. Oh, and it does nothing but rain for two days straight. If they’d put everyone in some Victorian outfits and thrown them in the English countryside they would have fit right in.

The paranoid husband I can deal with, but I swear, if I ever find out who keeps putting Feliz Navidad on repeat….

Meanwhile the ‘killer’ parts make it feel like an early slasher. I say ‘early slasher’, because while it does have a lot of familiar slasher formula elements (a past trauma, a reunion that inspires the killer, stalking and murdering sequences, a final girl…), the film’s focus isn’t directed at the stalking and murdering elements, and it doesn’t piece any of the other elements together in true ‘slasher’ fashion. So while it ends up being more of a mystery/thriller, it is fascinating to pick out the familiar pieces of the formula and see how elements evolved from Psycho, to this, to its more modern incarnations. 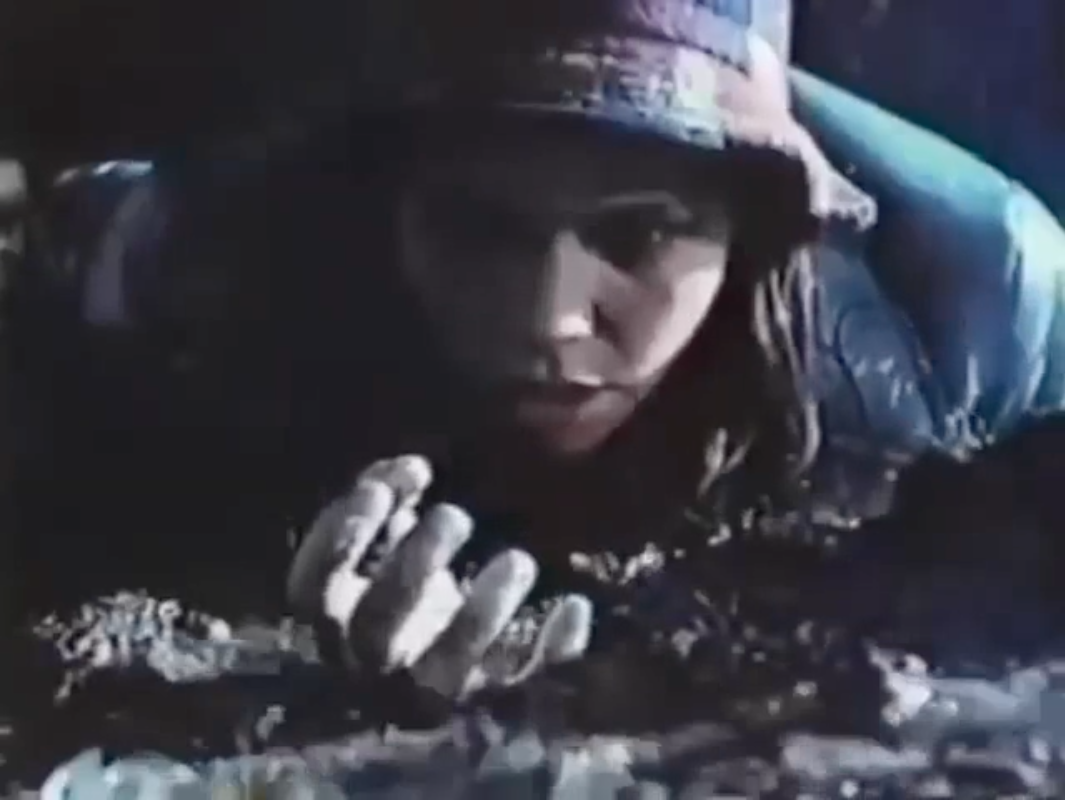 Yes, there is a chase scene. Yes, Sally Field is in it. Yes, she does a bang-up job.

This being a made-for-TV movie from the 70s, it should come as no surprise that there is very little blood or violence shown on screen. Most of what happens ends up being either obscured or implied. In fact, there’s only one drop of blood in the entire production, and it doesn’t even come out of one of the victims. It comes out of the portrait of the Morgan family matriarch, in a moment that is as cliche as it is hamfisted. But hey, at least the critics can’t say that it’s bloodless.

Aaron Spelling productions can be described as many things, but subtle is rarely one of them.

Really though, the horror elements almost seem like an afterthought. Because the movie’s main focus seems to be more centered around this highly dysfunctional family and their interwoven relationships. The father is uninterested in his children because he would have preferred sons, going to far as to give all his children masculine nicknames. The daughters, in turn, blame their father’s daliances for their mother’s suicide. The father disowned them and, despite being on his deathbed and calling all of them for help, still takes the time to ridicule each one of them before revealing his selfish reasons for calling them home. One can only imagine the level of emotional abuse that used to permeate from that household, so it’s really no wonder that the four women are either co-dependant, emotionally distant, emotionally stunted, have addiction issues, or suffer from some combination of the above. And none of that even touches on dad’s growing paranoia or stepmother Elizabeth’s past possible indiscretions and the resulting fallout. The movie almost spends more time on focusing on female neurosis than it does with worrying who the killer is. It’s almost  like Aaron Spelling was trying to pitch a horror soap opera, but didn’t know how it would fly since Dark Shadows got canceled a year earlier. 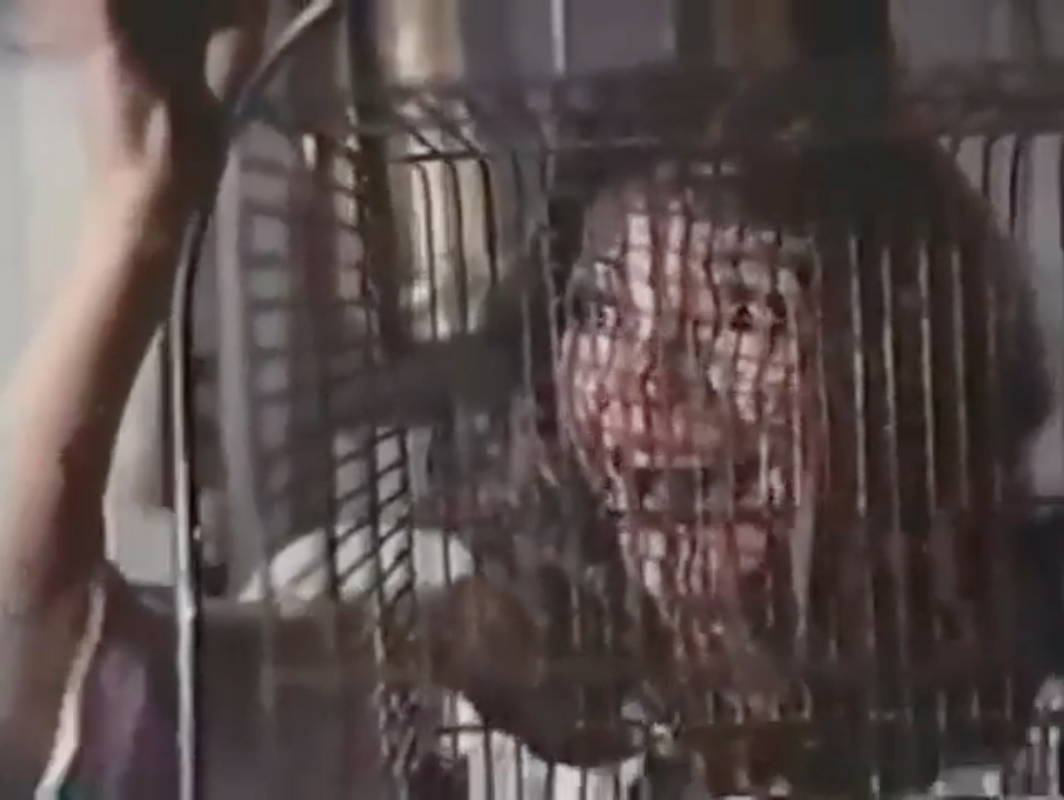 Barnabus, is that yo–!….No, just some dork in a yellow smock. Nevermind.

So is Home for the Holidays any good? Well, yes, actually. It’s well shot, well written and has some pretty impressive performances. It does have a couple instances where it seems to wallow in it’s own melodrama and it gets a bit heavy handed at times, but the acting, dialogue, sound design and atmosphere do a lot to make up for it. It’s not likely to knock anyone’s favorite Christmas-time horror film out of the top spot, but it’s a nice addition to genre fans who may be tired of all the sappyness the holiday season brings but still have a theme to maintain.

Home for the Holidays is currently streaming on Amazon Prime. Just note that the transfer on Amazon isn’t all that great. Not sure where they got it from, but judging from the last couple frames it looks like it’s from an icky VHS transfer. And that’s coming from someone who watched it on VHS and was only using Amazon to take screenshots.

This looks like it’s from the 90s. Good to know Beezos is putting his billions to good use.

It has also received a DVD release, but unfortunately it seems to be out of print, so you’ll likely have to luck out and find a VHS of it, or track it down on ebay or elsewhere. 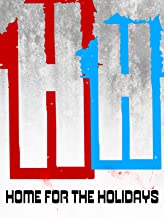