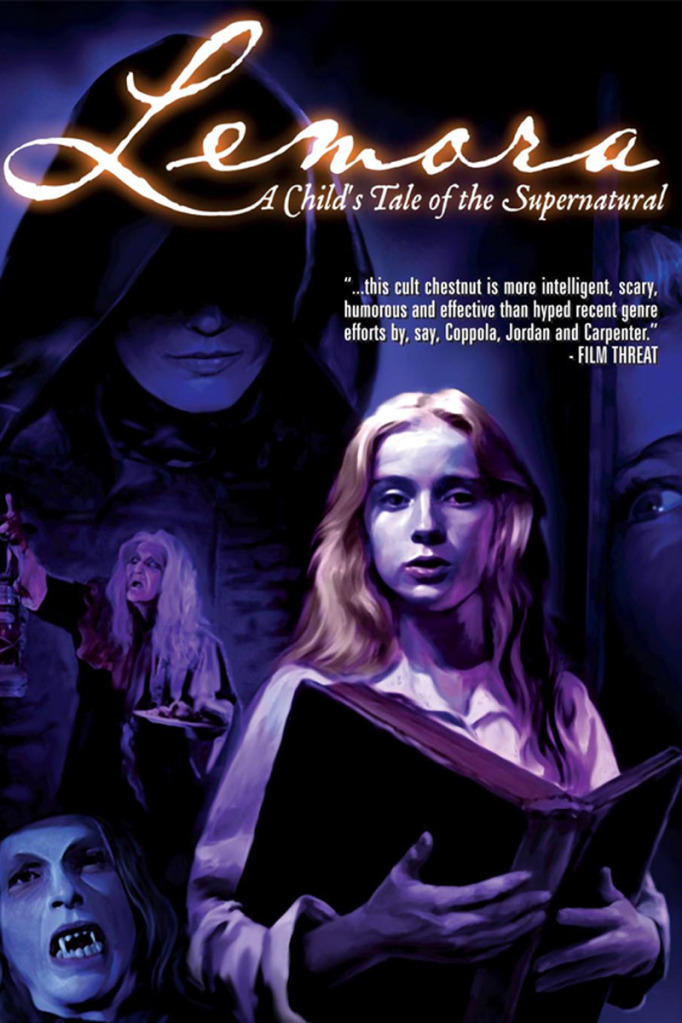 Now that October is out of the way (*sobs*) the next couple of weeks are going to be dedicated to my “DVR/VHS Backlog”. I ended up picking this one at random. I didn’t know what to expect from this movie, but with a subtitle of  A Childs Tale of the Supernatural I wasn’t expecting the level of creepiness I received.

Lemora is the tale of 13 year old Lila Lee. Lila’s father is a dangerous and wanted man, a gangster who’s currently on the run after murdering Lila’s mother 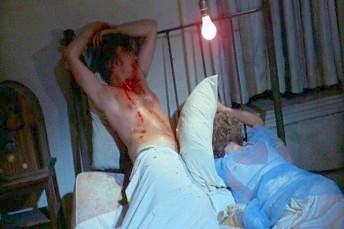 As well as the ‘handyman’.

and running down the little old lady down the street. 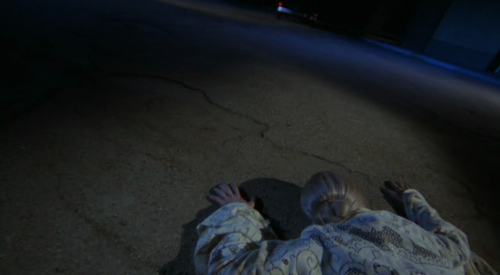 In spite of this, Lila is viewed by many as an angel, one as pure as the fresh driven snow. She dislikes the life that her father has chosen to live and has been taken in by the reverend of her church’s congregation and become a singer in the choir.

Everything seems to be going swell, until one day when she receives a mysterious letter from a woman called Lemora. It tells Lila that her father is gravely ill and wishes to see her to ask for forgiveness, but only if she goes to the town of Asteroth (that should have been her first clue) and tells no one.

Trying to be a good little Christian, she sneaks away from her overtly smitten reverend guardian (read: eww) and goes on a journey that at every turn will threaten to corrupt her, body and soul.

Cults’ll to that. Don’t join one kids, no matter how
fashionable the robes look!

One thing that really impressed me about this movie was its atmosphere. Even with all its disturbing and violent imagery the movie still comes across as being very much a ‘fairytale’. It’s like a southern gothic Snow White, except in this case Snow White is 13 and all the dwarves are trying to eat her.

In the beginning the move also throws several situations at Lila that, had they been written down, would have fit in perfectly as a cautionary tale in a compellation of Grimm’s Fairytales. 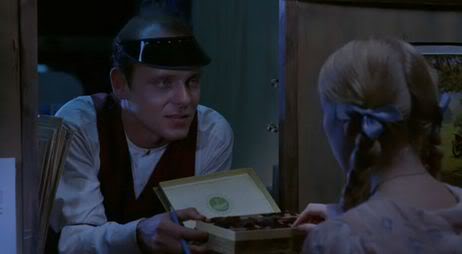 I guess this was before the whole “Don’t take candy from
strangers” campaign kicked in.

I like how their school bus of the damned has mood lighting.

None of this is shoved down your throat, but coupled with the lighting, sets and atmosphere they definitely give you the feeling that you’re watching a grittier, low-budget fairytale, one filled with all the creepy facets of the earlier, non-Disnefied versions.

One of the creepier aspects of the film revolves around Lila herself. It doesn’t take long for you to realize that the film is about the corruption of innocence. Which is all well and good, until you realize they’re trying to sexualize someone who’s supposed to be a 13-year-old girl.

But it isn’t until Lemora shows up that things start to get really creepy.

And I mean that in a “Maybe I shouldn’t be watching this” kind of way.
In fact, I’m kind of uncomfortable looking at this image now.

Lemora is just a little too obsessed with Lila. Granted, when it come to the undead, there’s always a level of sexual creepiness involved. That’s to be expected, really. But when one of your targets involves a 13-year-old, you start to veer into the realm of WTF.

This idea isn’t really heavily focused on, but it’s there and it’s obvious, making an otherwise innocuous scene all the more unsettling.

It also contains the creepiest addition I find you can add to any film: creepy, giggling little children.

This is the stuff nightmares are made off, right here.

Lemora was obviously made on a shoe-string like budget and has several amateurish flaws, as well as an ‘open for interpretation’ endng. But if you can get over that you’ll find a film with impressive lighting, music and locations that come together to form a compelling, dream-like atmosphere. The dialogue isn’t very strong, but the movie’s tone and pacing are sharp and the actor’s movements and expressions are cinematic. If you’re someone who appreciates low-budget horror movies or enjoy fairytales with a darker bent, then Lemora is something you may like to look into.

Lemora: A Child’s Tale of the Supernatural is listed on Amazon, but currently unavailable.

It is also available on DVD and has aired on TCM.