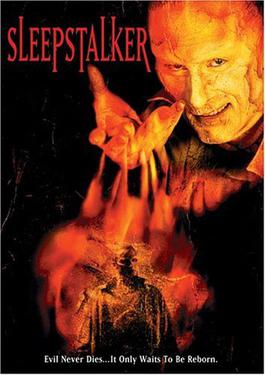 You sure it’s not Mudman? No? Alright.

Thanks to some quick thinking by the local police, a young boy named Griffin becomes the sole survivor of a crazed serial killer known only as The Sandman. Seventeen years later Griffin is a grown man whose nightmare is about to come to an end: The Sandman is set to be executed. But that dream gets shot to hell thanks to the interference of a VooDoo priest who brings The Sandman back to life as an immortal being made of actual sand. The only hitch in his new transformation is that in order to keep his new body he has three days to kill his one remaining link to the mortal realm. Turns out that it’s Griffin. Good luck, Griffin. 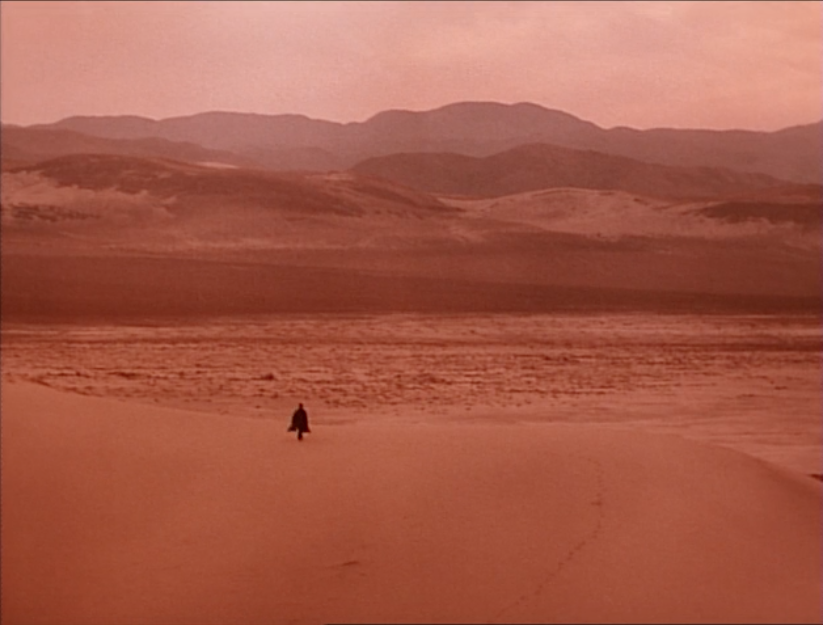 You’ve seen the long, extended car ride scene over the opening credits, but let me introduce you to black trench coat wearing idiot walking through a desert scene.

Sleepstalker feels like a low-budget rip-off of Elm Street, but without the actual dream-stalking angle. The Sandman (he’s never given a name) is thusly named because after he kills his victims he sings a lullaby and puts sand in their eyes, because, you know, Sandman myth and all. After he’s turned into a literal being of sand (would not have been my element of choice, but okay), he gains the great supernatural powers of…sand. Yeah, having lame sand powers is bad enough, but what’s worse is that the movie doesn’t even let him utilize it like he could. I mean, their budget was so low that they had him kill the first guy by throwing him off a roof. How sad is that? Plus, we don’t even get to see him even throw the guy off. It happens off camera. Double lame.

Thankfully, he does get a couple more inventive sand kills later on, but that still doesn’t change the fact that his element is sand and sand has its drawbacks. Namely extreme heat and water. Well, mostly water. Oh! And sunlight, for some inexplicable reason. Dude’s got to deal with a lot crap that really limits his murderin’. 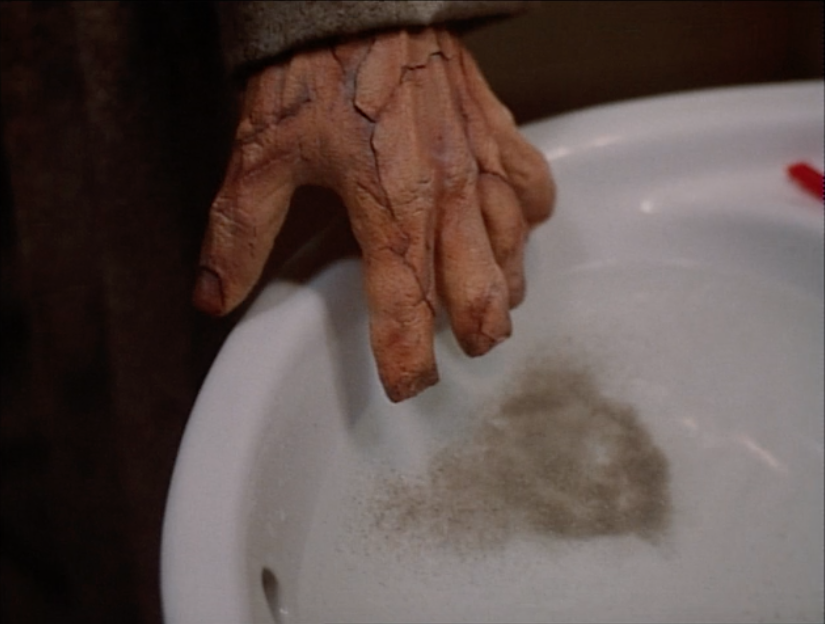 For once, the shower is the safest place for a woman to be in a horror movie.

This being a low-budget 90s horror movie involving a monster made of sand made me very wary of how the effects would be handled. I was expecting a cringeworthy assortment of crappy CGI sand effects, but thankfully this film seems to have saved most of its money on practical effects, reversed film and clever camera angles to get its point across. Please note that I said most of their money, because of course this is the 90s, so they had to throw at least one cringy special effect and a bad green screen in there about halfway through just to piss me off. 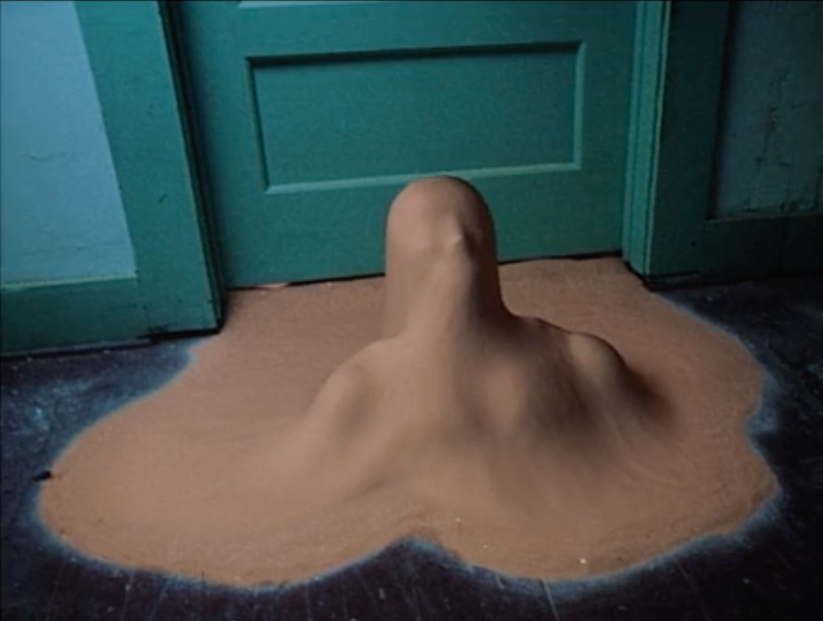 *Openly weeps* And you were doing so well…..

But thankfully those moments were the exception and not the norm, so I’ll try not to judge them too harshly. Not that that means that the other effects were super awesome or anything, but at least they weren’t CGI sanddick awful. 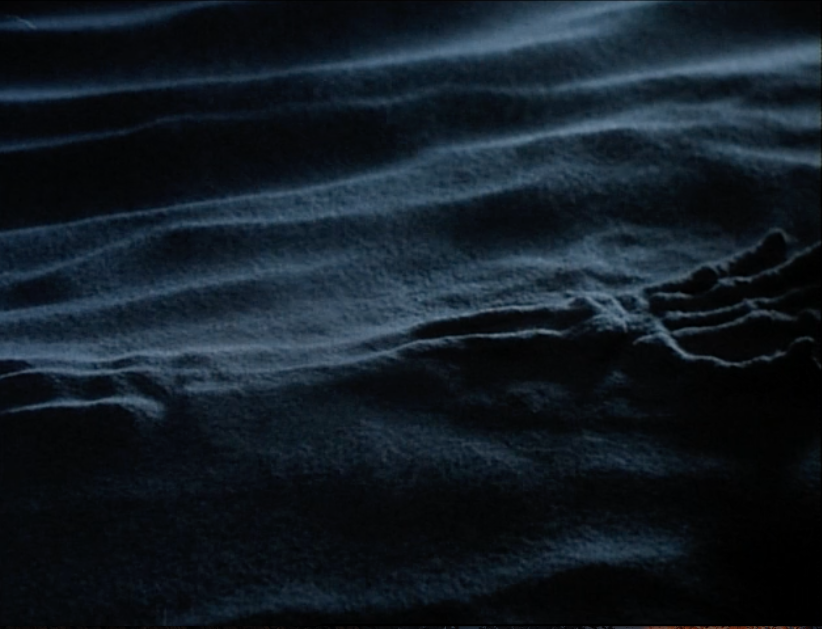 Okay, they did have one cool moment when he was literally formed from sand, but that was it. 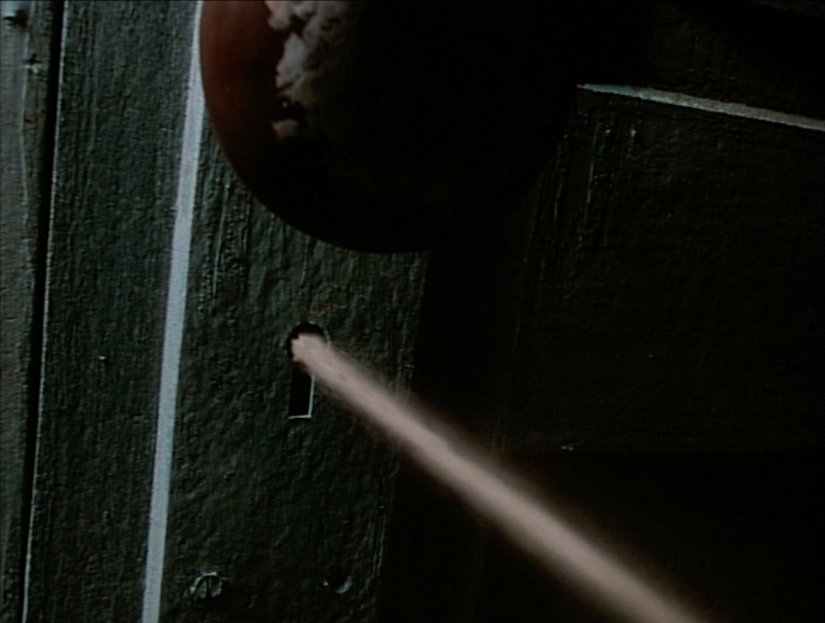 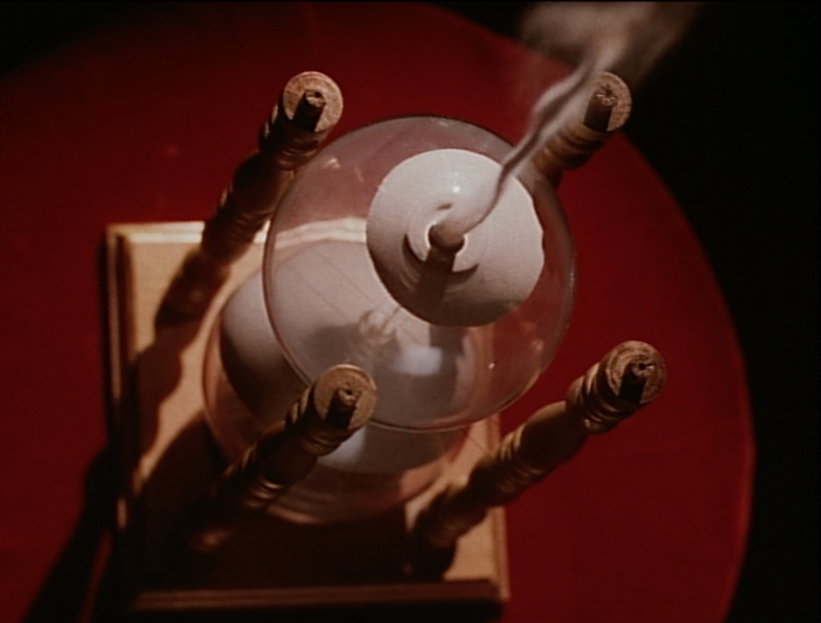 As for the actors, they’re all perfectly serviceable. They’re no one here that particularly stands out in any way, good or bad. Most of the characters are pretty bland and boring, actually, so they didn’t really have to try too hard. The worst offenders are probably the roommate and the friend of the love interest. But they have little screen time and are just there to be sand-fodder anyway. I was honestly more entertained by the side characters. For some reason the movie saw fit to give them the best one liners. Maybe if they’d saved some for the main characters they would have been more interesting. 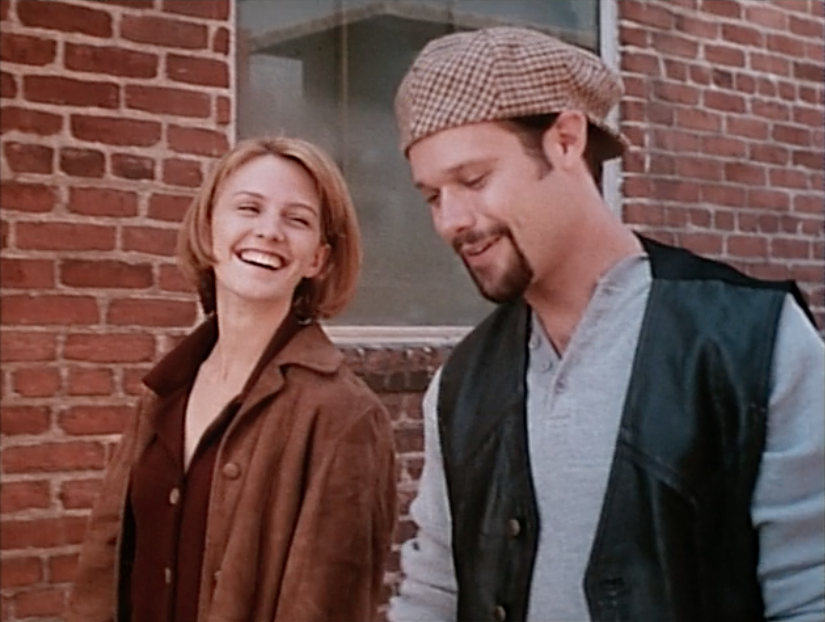 Or maybe the writers couldn’t stand giveing any good material to the obvious pre-hipster hipsters.

In the end, I really don’t have too much to say about Sleepstalker. It winds up being a perfectly fine run-of-the-mill supernatural slasher that has just enough interesting bits to keep it from being totally bland. The acting is fine, the characters are fine, the dialogue is fine, the sets are fine, the effects are (mostly) fine, the whole thing is just…fine. And while it’s not at all scary, it does include a very disturbing backstory for the antagonist. It’s greatest crimes are that there are too many subplots and that the villain tends to be a little to talky and maybe not menacing enough. The one thing it may really have going for it is its music, which includes a ‘lullaby’ track that is freakishly haunting and frequently played throughout the film. It may be the creepiest thing in the movie. You can listen to it here. And no, I don’t suggest playing it for your kids before bedtime.

So if you’re looking for a supernatural slasher to fill the void that Freddy left, I guess Sleepstalker wouldn’t be too bad of a choice.